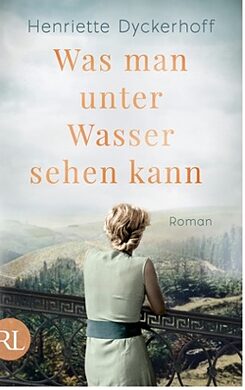 Back then, in the valley. When her mother disappears, young Luca returns to her home, to Ronnbach, that small place between wooded hills and low-hanging skies where she grew up between her mother and grandmother, between two women who made life difficult for each other. Luca never understood why, but now she is looking for answers, and soon she realizes that her family's story began when, against the will of some, the Ronn valley was to be flooded in the sixties and an entire village was to sink ... Henriette Dyckerhoff tells of three generations of women and a love between two homeless people, bringing a piece of contemporary history to life - clever, touching, idiosyncratic.

After registering, you will receive a confirmation email with information about attending the meeting.