Reading Hate is a Failure of Imagination

A Literary Collage - An Encouraging Testimony

The wave of terror attacks on the one hand and of right-wing hate crimes on the other hand have drastically reminded us, how hatred can blind people and how much destruction and violence an inhuman ideology can unleash. The artists who were imprisoned in Theresienstadt have defied the Nazis’ hatred and contempt for them in their own way. They countered this hate with a powerful offensive of imagination. With their artistic fantasy, their creative power, their inventive energy they continuously proved wrong the national-socialist dictum, that Jews were sub-human and as such incapable of any real culture.

The literary collage “Hate is a Failure of Imagination“ is a testament to the power of imagination and to the profound love and humanity of the artists who were imprisoned in the ghetto and concentration camp Theresienstadt. The unshakable hope, that human decency will prevail and that humanity will be stronger than all the attempts to crush it, this is the message conveyed by the texts of pianist Alice Herz-Sommer, poet Georg Kafka, playwright Paul Aron Sandfort, cabaret artist Leo Strauss, composer Viktor Ullmann, and poet Ilse Weber. Especially today it is more important than ever, to carry this message of hope, this strong positive signal out into the world. The life-affirming words of these artists can encourage us today, to break through the spiral of hate, violence and destruction.

“Hatred eats the soul of the hater, not the hated.“ - Alice Herz-Sommer

Gregorij von Leïtis is winner of the New York Theatre Club Prize, Founding Artistic Director of Elysium and President of The Lahr von Leïtis Academy & Archive. Since 1997, his work has emphasized staging again the works of composers and writers who were persecuted and silenced during the Nazi era. In the summer of 2005, he directed the premiere of Egon Lustgarten's opera Dante in Exile in Bernried, and later on in new York. Together with Michael Lahr, he founded The Lahr von Leïtis Academy & Archive, whose aim it is to familiarize younger generations with the treasures of exiled art.

Michael Lahr is the Program Director of Elysium and has unearthed numerous works by artists who were murdered or had to flee their home country under the pressure of the Nazi regime. Many of these compositions were performed for the first time in concerts in Europe and the U.S. He gives introductory lectures for all Elysium programs and lectures regularly on questions of general social and political significance. 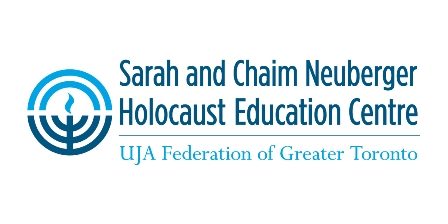