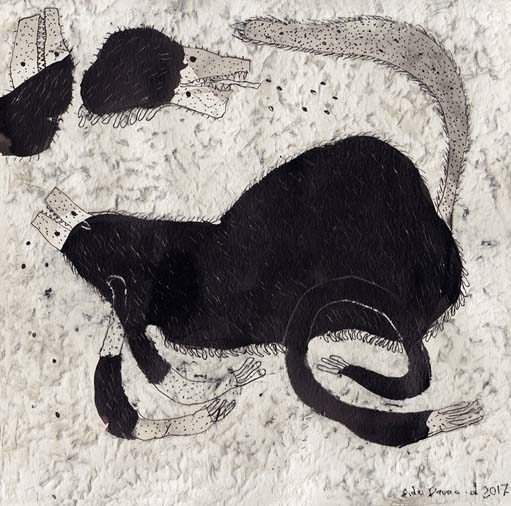 Presented by the Goethe-Institut & the Heinrich Böll Foundation

Under the patronage of Senator Ratna Omidvar

The Heinrich Böll Foundation Berlin asked authors who have recently fled for their wishes. “Writing on” was the answer. Throughout 2018, these artists and their German colleagues will be guests at the Goethe-Institut Toronto, reading and talking with Canadian writers about second chances and publishing in new home countries. Questions about literary exchange and cultural identity, hopes and opportunities, and practical assistance.

We will kick off the series by bringing together Tanja Dückers from Berlin with writer and journalist Ahmad Danny Ramadan, who fled Syria and now lives in Vancouver. Rabab Haidar will join from Damascus via Skype.

German writer Tanja Dückers was born in West Berlin in 1968. She studied art history, American studies and German and has lived in the USA, Amsterdam, Barcelona, Prague and Krakow. She has published numerous novels, audio plays, poems and essays, including the novel “Celestial Bodies” about the topography of a family memory, from which she will read. As a journalist, Dückers writes for the weeklies Die Zeit, Spiegel, et al.

Ahmad Danny Ramadan is a journalist with bylines in the Washington Post, The Guardian and Foreign Policy. "The Clothesline Swing" is his first novel in English; he has previously authored two collections of short stories in Arabic. His history of working with organizations in the Middle East as well as his personal experience as a Syrian refugee have made Ramadan passionate about democracy, social justice and LGBTQ refugees’ rights, and he was the Grand Marshal for Vancouver’s Gay Pride Parade 2016. Danny will read from "The Clothesline Swing", a journey through the troublesome aftermath of the Arab Spring.

Rabab Haidar lives in Damascus and studied humanities and English literature at Tishreen University in Latakia, Syria. After graduating, she worked as a flight attendant and security consultant for Gulf Airlines, then until 2011 as sworn translator for English and Arabic at the Ministry of Justice. She translates poetry from English into Arabic and vice versa and writes as a columnist for various newspapers and magazines. Her first novel “Land of Pomegranate” was released in 2012. Her second novel “Rabbit Hole”, dealing with the revolution, feminism and minorities, has yet to be published. She is a member of the Syrian Women’s Network. She will read via Skype from her as yet unpublished fantastical novel “Cooking the Heart of a Wolf” about wolves, and women eating men.

Readings in German, English and Arabic. Discussion in English.

“The project is bold, it is brave, it is not precise but it works.” – Tanja Dückers

“Writing On provides - through translation, conversations with German-speaking colleagues as well as through online-publishing and print what the name implies: continuation, perpetuation, extension, expansion.” – Die Zeit

Introduced by Ines Kappert, initiator of the "Writing On" project. Kappert studied German literature and has previously worked as an editor-in-chief for the national German newspaper taz. Since 2015 she has been director of the Gunda Werner Institute for feminism and gender democracy at the Heinrich Böll Foundation Berlin.


Part of the Goethe-Institut focus "Culture(s) of Participation"

Weiter Schreiben is a project by the WIR MACHEN DAS/wearedoingit initiative in cooperation with the Gunda Werner Institute at the Heinrich Böll Foundation and is funded by the Capital Cultural Fund, the Schering Stiftung and the Goethe-Institut.