Readings & conversations Culture talks @ Goethe: “Who will return my home?” 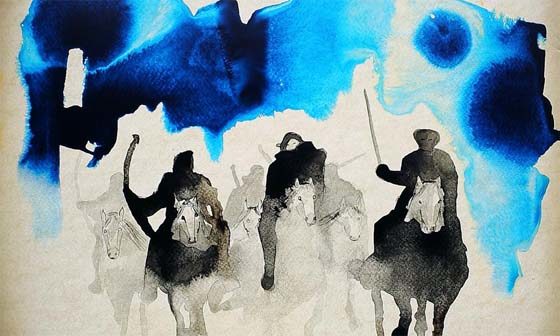 Presented by the Goethe-Institut & the Heinrich Böll Foundation

Under the patronage of Senator Ratna Omidvar

The Gunda Werner Institute at the Heinrich Böll Foundation Berlin asked authors who have recently fled for their wishes. “Writing on” was the answer. Throughout 2018, these artists and their German colleagues will be guests at the Goethe-Institut, reading and talking with Canadian writers about second chances and publishing in new home countries. Questions about literary exchange and cultural identity, hopes and opportunities, and practical assistance.

Noor Kanj was born in 1990 in As-Suwayda, Syria, where she studied computer science and economics. Because of the war, she transferred to the private International University for Science and Technology in Damascus. She left Syria and moved to Lebanon in 2014. In 2016, she came to Germany on a literature scholarship from the Heinrich Böll Foundation. Her poetry has been published in the anthology "Neue Syrische Dichtung" ("New Syrian Poetry") and in the German anthology "Weg sein – hier sein" ("Away & Here"). She will read recent poems including "Who will return my home?"

Galal Al-Ahmadi was born in Saudi Arabia in 1987 and is one of the best-known and award-winning poets of Yemen. He has also worked as a journalist and editor for various Arabic newspapers and magazines. He was a literature scholar of the Heinrich Böll Foundation until September 2016. Galal Al-Ahmadi has previously published four volumes of poetry in Arabic, most recently "The Steps of the House Descend Alone" (2015). A selection of his poems appeared in the anthology "Weg sein – hier sein" ("Away & Here"). In Toronto he will read recent poems including "At home". In August 2017, he received the prestigious Mohammed Afifi Matar Prize, which is awarded in Cairo. He applied for asylum in Germany in 2016.

Born in Hamburg in 1975, Svenja Leiber grew up in northern Germany and went to Berlin in 1995 to study history, literature and art history. She completed her studies with a treatment of the “feminine” in Goethe and Thomas Mann and has been working as a freelance author since 2005. To date, she has published the short story volume "Büchsenlicht", as well as the novels "Schipino" and "Das letzte Land". She has received many awards and scholarships for her stories and novels, reading and research trips took her to Russia, Ukraine, Cuba, Jordan, Syria and Israel. Her writing has been translated into several languages including English. She will read from her latest novel "Staub" ("Dust"), set in Jordan and Germany.

Ayelet Tsabari was born in Israel to a family of Yemeni descent. In 1998 she moved to Vancouver where she studied film and photography. Her debut story collection "The Best Place on Earth" won the Sami Rohr Prize for Jewish Literature and was a New York Times Book Review Editors’ Choice. She is currently Writer in Residence at the Toronto Public Library and now lives in Toronto.

Readings in German, English and Arabic. Discussion in English.

“The project is bold, it is brave, it is not precise but it works.” – Tanja Dückers (author and project participant)

“Writing on provides with translation, conversations with German-speaking colleagues as well as through the online-publishing and print what the name implies: continuation, perpetuation, extension, expansion.” – Die Zeit

Part of the Goethe-Institut focus "Culture(s) of Participation"

Weiter Schreiben is a project by the WIR MACHEN DAS/wearedoingit initiative in cooperation with the Gunda Werner Institute at the Heinrich Böll Foundation and is funded by the Capital Cultural Fund, the Schering Stiftung and the Goethe-Institut.