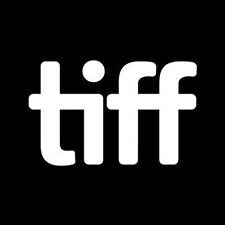 Outrage, hatred, excess — exit? What draws or drives people to the radical fringes of expression and action, what can get them out?  In an era of global authoritarianism, with extremist movements attracting a motley crew of followers –male, female, political, religious, opportunist– what can be done to counteract the lure of the pied pipers and (re-)integrate former fanatics into civil society?

GOETHE FILMS offers a recent feature and two documentaries, with filmmaker and expert introductions, and a further watch list, to shine a light on the dangers of violent intolerance and the dangers of turning a blind eye.

In the documentary “Renegades – A Long Way Home,” we get an idea of what it means to shift back from the life-changing decision of young European men to join the Islamic State and how it impacts their families.
David Wnendt’s feature film drama “Combat Girls” explores similar outlines, illustrating the right-wing radicalization of a young woman in Germany. Turning her back on civil society, she joins a neo-Nazi group until she finds a reason to search for a way out of an inhuman and violent mindset.
The third angle points the camera towards the lifestyle and radical conviction of left-wing figure Jan “Monchi” Gorkow, a former soccer hooligan. “Wild Heart” by Charly Hübner and Sebastian Schultz documents the life of the singer of one of the most relevant contemporary punk bands from eastern Germany, his roots and his journey towards becoming a controversial public figure (under intelligence surveillance) in the name of his anti-racist and anti-fascist engagement.


Tailored to fit the moment, GOETHE FILMS resume at the digital TIFF Bell Lightbox with exclusive online access for Canadian viewers. All tickets on sale 4 days prior to screening. Once purchased, viewers will have a 48h-watch window to hit play. After hitting play, you have 24h to watch the film once. For further questions visit digital TIFF FAQs, contact TIFF customer support at customerrelations@tiff.net, or the TIFF support chat at tiff.net/help daily from 2- 8 pm (incl. weekends and holidays).

Part of the Goethe-Institut focus on German film