Film Double Screening: Moving in Between and Genderblend 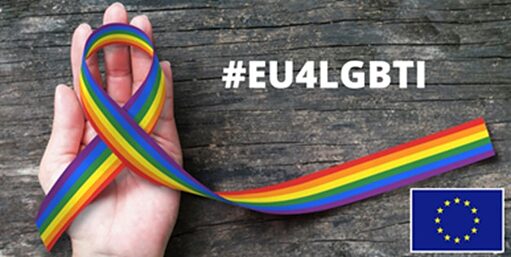 In celebration of the International Day Against Homophobia, Transphobia and Biphobia (IDAHOT)

RSVP to DELEGATION-HONG-KONG-EVENTS@eeas.europa.eu by 14.5.2021 (Fri)
Tickets are free, first-come first-served

Presented by The European Union Office to Hong Kong and Macao and Goethe-Institut Hongkong
In collaboration with Broadway Cinematheque and the Consulate General of the Netherlands
With the support of Gay Harmony, Hong Kong Pride Parade, Les Corner and Gay Games 11 Hong Kong 2022-

The European Union Office to Hong Kong and Macao and the Goethe-Institut Hongkong, in collaboration with the Consulate General of the Netherlands and Broadway Cinematheque cordially invite you to double screening in celebration of the International Day Against Homophobia, Transphobia and Biphobia (IDAHOT).

This is the official launching event of the EU-Asia Rainbow Documentary Film Weeks, starting from June 29, 2021 at Broadway Cinematheque, showcasing documentaries from European and Asian countries on LGBTQ+ issues.

We will begin with the screening of the Taiwanese documentary Moving in Between, followed by the Dutch documentary Genderblend. These two documentaries challenge preconceived ideas about sexual minorities.

Please note that due to Covid-19 restrictions, food and beverages will not be allowed in the venue.