Gtopia: Game Kitchen is a collective effort to establish a communal hub in Hong Kong; people can connect to games and play, could meet each other, and share professional, creative and personal experiences in making games.

The entire program kicks off at 7 pm on 29th of January, just ahead of Chinese New Year. In light of the ongoing social distancing regulations, the launch will be in a hybrid form of non-gathering.

While the physical location of Game Kitchen, aka Current Plans, opens as usual and our host and guest speakers will be on-site, we also meet with everyone registered on Zoom. We prepared an-hour long program live for streaming with seven artists, designers, curators and players showcasing their work in the past year, just to give you a taste of all the delicious Game Kitchen will present in 2022.

RSVP now and we will send you the links and information shortly after. Click here to RSVP

Biography of the team are available here.

© Sun Yuqian Sun Yuqian
Yuqian Sun ia a Chinese AI artist and researcher graduated from Academy of Arts&Design, Tsinghua University and Goldsmiths, University of London. She's currently a doctoral student in the Computer Science Research Center of Royal College of Art. Art concultant of rct.ai. She's also one of Baidu PaddlePaddle AI developers experts. Inspired by conversations between virtual characters in video games, she produces works that steer with curiosity. She creates art projects based on AI chatbots, which focus on the narrative and intimacy in human-AI interaction.

© Rashel Li Rashel Li
Rashel Ruixuan Li is a curator, writer, and multimedia creator based in New York State and Shenzhen. She contributed to multiple exhibitions for art organizations such as Wattis Institute for the Contemporary Arts. Her articles appear in The Art Newspaper China, etc. She is currently the Executive Editor of the bilingual journal “UN-Curating” and working on a RPG puzzle game with Bill Xu and Tianlin Zhao.

Her narrative-driven works were presented in the 2019 Bi-City Biennale of Urbanism\Architecture, the Guan Shanyue Art Museum, and OCAT Institute. She received the 2020 Cornell CCA Grant, and her experimental game The Enigmas at Red Point received the 2020 NYFA Fiscal Sponsorship. Li graduated from The Ohio State University (BS in Supply Chain Management) and California College of the Arts (MA in Curatorial Practice).

© Rachel Li Rachel Li
Rachel Li is an interdisciplinary game designer and new media artist from Shenzhen, China and currently based in Brooklyn, New York. With a background in studio art and game design, she constantly challenges the border between technology, art, and design. Fascinated by video games as an artistic medium to shape people’s understanding of their bodies and identities through rules, interactions, and navigation of virtual spaces, she creates autobiographical simulation games inspired by her observations and reflections on people and the world around her. Her recent work Hot Pot For One, a bittersweet game about making hot pot alone on Christmas Eve, has received critical acclaim, including a nomination for a BAFTA Student Award for Best Immersive. With the help of NYU Game Center Incubator program, Rachel co-founded an all-woman studio Eat Melon LLC in 2020 to develop a sex-positive card game that is now under contract for publishing with Clarkson Potter, a subsidiary of Penguin Random House. Her art installations and experimental games have been featured in various art exhibitions and major game festivals in New York, Boston, San Francisco, Chengdu, Shenzhen, and on the internet. 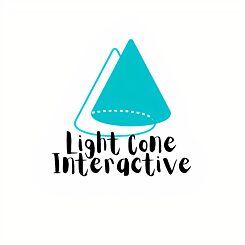