Goethe-Institut Hongkong and Edith Russ Site for Media Art in Oldenburg, Germany jointly present, in collaboration with Hong Kong Film Archive, the exhibition ‘Culture(s) of Copy’, a follow-up exhibition of the Institut’s ‘History Will Repeat Itself - Strategies of re-enactment in contemporary (media) art and performance’ (curated by KW Kunstwerke, Berlin, and Hartware, Dortmund) in 2008 and an earlier study of the Asian concept of ‘copy’, which was presented in the photo exhibition ‘Chinese Copy Art’ by Michael Wolf in 2007 at the Goethe-Institut Hongkong.

The exhibition ‘Culture(s) of Copy’ initiates from the exhibition that the Goethe-Institut Hongkong presented two years ago under the title ‘History Will Repeat Itself’. As that exhibition took a Western approach, we had in mind to follow up the topic with an exhibition from a perspective that involves Asia. It became clear that the term REPEAT should translate into COPY. ‘Culture(s) of Copy’ is about the phenomenon of the copy as a global cultural strategy. The discussion of intellectual property, as it has already been treated in diverse ways, is only one angle from which one can approach the topic. The ‘copy’ here is understood positively as a remake, a cultural translation and an achievement (“You have to copy a master to become a master”, “The best way to appreciate a master is to copy him”). The phenomenon of the copy is seen as a rewarding opportunity to understand and reflect on cultural differences beyond the rather poor terms of a dichotomy of East and West.

The works presented can be divided into different topics (’Archive’, ‘Theme Park’, ‘Claim of authenticity by media represented reality’, etc.). Some works use the stocks of art history. Existing artefacts of the economy or art are treated as an archive that one can make use of. The repetition of known formats and content is not for the sake of repetition, but for the sake of a new definition. The maxim of originality is thereby deliberately ignored – in the age of “copy and paste”, the creation of the NEW is bound by repetition, variation and cultural translation. Other themes include the process of copying itself and the relationship between context and content. Many of the works deal with the question of authenticity in a world in which reality is mediated mainly through the mass media.

Interestingly, languages are no exception. They don’t deliver what they are supposed to do: to find a title for this exhibition that is applicable to both the English language as well as the Chinese language proved to be nearly impossible. Words don’t copy, they translate.

The exhibition will later in the year be shown at Edith Russ Site for Media Art in Oldenburg, Germany from November 27, 2010 – February 2011.

Curatorial Team:
Please note that Goethe-Institut Hongkong and Edith Russ Site for Media Art present works that are identified from a curatorial team, among them former HKU scholar Ackbar Abbas, Shanghai based ‘Urban China’ editor 姜珺 Jiang Jun, Singapore based curator 葉德晶 June Yap (known for her curatorship in the exhibition ‘Some rooms’ 2009 at Osage), Sabine Himmelsbach, former curator at ZKM in Karlsruhe/Germany, Birgit Hopfener who collaborated with Haus der Kulturen der Welt, Berlin, on their show on China. 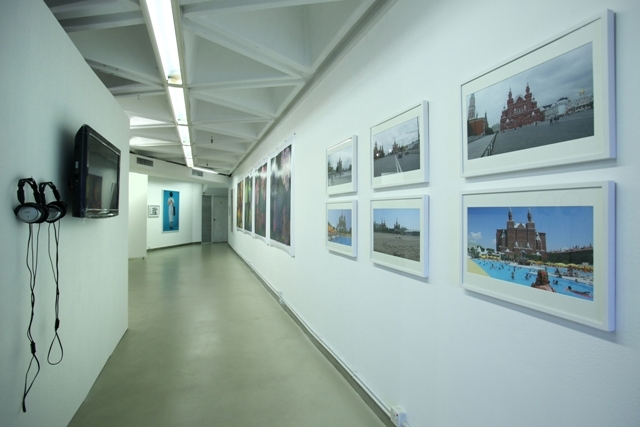