7 female writers from Hong Kong, Taiwan and South Korea. 7 female Voices for Ukraine. What were they doing on the day 24th February? What are their reflections to that day?

Bombardment
The madman decided to propose a deal.

“Now, since you all want to live in peace and security...” The madman in a suit stepped onto their floor:

“...Allow me to enter your houses, roast your children, become your souls, dress myself in your skin and flesh, and penetrate all your nerves.”

Those who refuse to sell themselves

Traversed the rubble that was their houses, clasping broken-necked children. Peeling off their fleshly existence, they threw their souls into the cathartic fire. Passing through the scorching depths of hell, they regained the immortal radiance of their souls. With freshly solidified palms, as warm became cool, they are now using the lines of their new palmprints to alter their fate.

A madman is a madman

Having descended into the world of madness a long time ago,

the madman’s task is to discard what is normally defined as normality, creating a new normal in its place.

In order to resist madness,

everyone has to make a deal:

Go mad to a certain extent

in exchange for a moment’s normalcy.

In this deal done amid the inferno,

people celebrate the death of others;

the enemy is bigger than man.

“Where is god in all this?”

He who has lost his inner godliness cannot see

that god has been strapped to his back.

And for every explosive discharge

A little bit more is discharged. 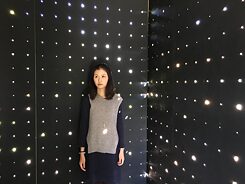 ©HON Lai Chu Chu is a Hong Kong author of several novels, including Body-sewing, as well as The Border of Centrifugation. She won the Hong Kong Biennial Award for Chinese Literature for fiction with her anthology of short stories Silent Creature in 2004. Her 2006 novel Kite Family, first published as a novella, won the New Writer’s Novella first prize from Taiwan’s Unitas Literary Association; the extended version was one of the 2008’s Books of the Year by China Times in Taiwan. Kite Family, as well as her latest work, Grey Flower, were selected as Top 10 Chinese Novels World-wide for the year 2008 and 2009 respectively. She has recently published a short story collection, Losing Caves." She is invited to speak at the panel discussion "Politics and Literature" at the Frankfurt Book Fair 2019.

February 24th
February 24th, I spend the midnight hours of my birthday in the fire of war. Gunshots and missile fire send shock after shock through my skin. It is hard to believe how close to the invasion we actually are. The original fragility of live, set off against the flames, we merely witness through the screen of our mobile phones. Ancient but forever new, it causes the hypocritical robe of our civilized world to shatter——our naked heart projects itself into the vastness of Ukraine. 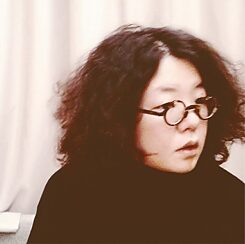 ©Tang Siu Wa u Wa poet, essayist, is the author of two poetry collections, A Bottle Unmoved and The Opposite of Sounds, the prose works A Motley of Banalities and Just Like Nothing Happens, and a collection of interviews Asking Directions from the People. She is also the editor of the collections Wait and See: Collected Works of Six New Hong Kong Writers, The Tomb of Film, and The Same Darkness Befalls Dawn: Hong Kong June Fourth Poetry.

In addition, Tang Siu-wa is also known for her work as the founding editor of the literary magazine Fleurs des lettres and as a co-founder of the House of Hong Kong Literature. A literary organizer and human rights activist, she teaches creative writing at various Hong Kong institutions, and contributes columns and criticism to a variety of local media. 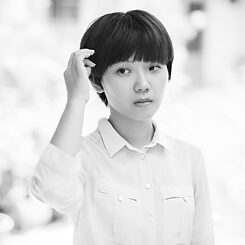 ©Swanky Studio Ms Yu Chin CHEN, born 1986 in Taipei. Graduate in Creative Writing (specialising in screenwriting) from the Theatre Institute of the National University of Taiwan, now a freelance writer and author of screenplays and plays.

I believe
"I believe that the butterfly will one day return home and the bullet will return to the black barrel of the gun and sink into a dream.
In the end, light and justice will return hopes to people." 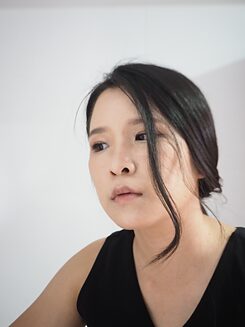 © Charng-Ting CHIOU Ms Charng-Ting CHIOU was born in Taiwan in 1990. After completing a Master's degree in Creative Writing, she is currently pursuing a PhD in Children's Literature. As a writer, she has won various awards, including the Unitas Newcomer Award and the Openbook Award 2019. 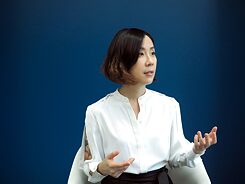 © Zi-Fan SHIEH Ms Zi-Fan SHIEH, born in Taiwan in 1978, studied Chinese literature, has lived in China and Hong Kong, and currently lives in Taipei. Observing, analysing and commenting have long been a matter of course in her life. And this ability to perceive her surroundings in detail is always reflected in her literature. She has already received several prizes, including the Taipei City Literature Prize in 2016.

© Jade Yu-hui CHEN Yuhui CHEN, born in Taiwan in 1957, works as a journalist and writer. In 2008, one of her novels, The Island of the Goddess, was published in German for the first time. Since the 1990s, she has commuted between her home in Taiwan and her residences in Munich and Berlin.

Слава Україні!
Early that morning, I received a call from the hospital where my mother was. I was told that now her pupils were also no longer reacting to light and I should prepare myself. I went to see her at the hospital. Equipped with a face shield over my mask and a protective suit, I rushed to my mother's side, who was in intensive care. In the morning of that day, my mother took her last breaths. I stroked first her hands, her feet, then her face. Her body was warmer than my hands, just for a moment. Over several hours, her body temperature continued to drop. Her facial expression gradually became harder and stranger. That day I spent with my late mother in her hospital room. I waited for the result of her Corona PCR test. Only if it was negative would I be able to arrange her funeral in a regular way. In the evening of that day, I went to the hospital administration to get my mother's death certificate, sat down in the lobby and stared absent-mindedly at a television. The newscaster had just said, "Russia has finally attacked Ukraine." Missiles had fallen on the Donbass and on Kiev. In Kiev, air alarms could be heard. On the screen there were people who had sought refuge in metro stations and people kneeling in a circle praying. That day I held my mother's still warm hands tightly in mine. That night I got the news that my mother's PCR test was negative. That night I had my mother's body transferred to the funeral home and reserved the crematorium. That night I prayed for my mother. May she rest in peace. And I prayed for peace in Ukraine. May they be victorious. Слава Україні! 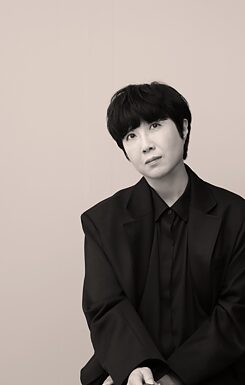 © Kim So Yeon Kim So Yeon(Poet) Kim So Yeon was born in 1967 in Gyeongju. She was educated at Catholic University of Korea, (B.A., M.A., Korean Literature). In 1993 she published her first poem “We Praise” in the quarterly Hyundae Poetry and Thought. She has published the poetry collections Pushed to the Limit, The Exhaustion of Stars Pulls the Night, Bones Called Tears, A Mathematician’s Morning, and the essay collections Heart Dictionary, The World of Siot. She is the recipient of the Nojak Literary Award (2010) and the Hyundae Literary Award (2011).

Give Artists a Voice

The European Union National Institutes for Culture in Japan express their sympathy and solidarity with the Ukrainian population and the victims of the war. To support Ukraine, a special event was presented on 15th March to give artists a voice and a platform for the unyielding Ukrainian spirit and creativity. Here you will see the beautiful performance by Nataliya Gudziy, a singer and Bandura player from Ukraine.