Liliana Sánchez
"We need to return to spaces of uncertainty"

Through her unique work on display at the Humboldt Forum in Berlin, the Colombian artist questions what to do with the waste that is shaping our human landscape in the personal, social and political spheres.

The Colombian Liliana Sánchez presented the installation ¿Dónde ahora? ¿Cuándo ahora? ¿Quién ahora? (Where now? When now? Who now? – 2019) in Berlin. The work is a large-scale enlargement of a photograph from the artist’s personal archive taken in 2019, in her home city of Bogotá. In the photo, two women are looking at a landscape of waste, the remains of a demolished structure, having never known its original state. In the background, a concrete wall extends vertically, without revealing its true scale.

This decayed and diffuse setting, in dialogue with the present day, further develops the work Vorágine (Vortex – 2008), which Sánchez produced more than ten years ago inspired by the book La Vorágine, a classic of Latin-American literature written by the Colombian José Eustasio Rivera (1888-1928). In the book published in 1924, the author uses a romantic plot to address the hard and unjust work conditions of the rubber workers, mainly indigenous and black, in the Amazon rainforest in Colombia and Peru. “The book is still relevant today, since it’s about issues like freedom,” says Sánchez.

In the following interview, the artist talks about the two works and reflects on destruction in the contemporary world while looking at the past.

The curator Halim Badawi convened artists, thinkers and researchers from various countries to work around the concept of “connective tissues,” experimenting, through art, with the possibilities offered by Humboldtian thought. What did this mean for you?

This is precisely a moment in which we need to return to spaces of uncertainty in order to understand the reality of today's world. In this regard, by provoking a stance on the relationship to the state of things, so-called Humboldtian thought leads us to question the very concept of “exhibition,” to try to understand which questions come up through the artists’ works and voices as well as which conceptual and aesthetic considerations are being presented to the spectator. The most meaningful thing of this participation is to have opened up for me questions about the actuality and the life of a work of art as a flexible matter that can respond, change and grow according to the enviroment; then, the word "experimentation" (that we like very much) becomes a real possibility. 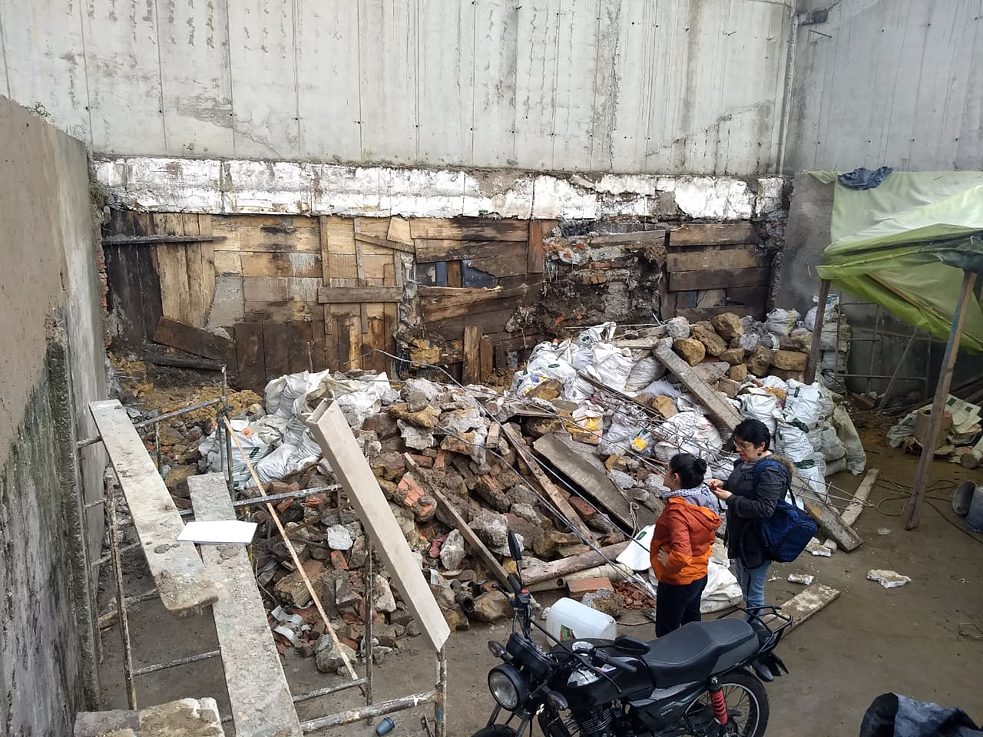 © Courtesy of the artist In the exhibition in Berlin, you were going to, at first, present the installation “Voragem” (Vortex – 2008), and now you’re going to exhibit another installation, “¿Dónde ahora? ¿Cuándo ahora? ¿Quién ahora?” (Where now? When now? Who now? – 2019). Why did you make this change?

Made up of about 35 serigraphs, Voragem (Vortex) is essentially parasitic: It’s a dark web that spreads all over the walls until it swallows up the immaculate white of the exhibition space. Because of this, architecture is a fundamental element to reinforce the critical character of the work. For the exhibit in Berlin, it was planned that the installation expands over the large structure of the Humboldt Forum, coming in through the doors, as if it were a fungus originating from distant lands, impossible to be stopped. So, the work could not be confined to one exhibition room. Meanwhile, the architectural and institutional limits that progressively came up against the installation of the work led me to think about the possibilities of creating a work like Vortex today. After all, is it possible to put up a structure that behaves expansively in a place with so many restrictions? Is there still space for such representation in today’s world? That was the thinking that gave rise to ¿Dónde ahora? ¿Cuándo ahora? ¿Quién ahora?.

The block of the exhibit where your work is placed is called “From Romanticizing to Destruction.” Could you talk about “Where now? When now? Who now?” in this context?

In the book The Vortex, the writer José Eustasio Rivera follows Arturo Nova for a few months of his life, a character who is advancing through the Amazon jungle and comes across a hostel and scary situation, a green hell, an image that contradicts the romantic idea of nature that was so widespread in the 19th century. In that regard, I would say that the sublime also finds a place in the dialectics of destruction. In the case of the installation Where now? When now? Who now?, the wall that appears in the photo aims to pose a fundamental question to the spectator: what to do about change? What to do with the waste, with the transformed and disorganized material that is now shaping our human landscape in the personal, social and political spheres?


Liliana Sánchez is a visual artist. Sánchez's sculptural and visual installations are minute constructions in which form and materials propose new relationships and interpretations that question dominant languages and semantics while revealing paradoxes between human beings and the rest of the world. Her work has been exhibited in Colombia, Sweden, Brazil, and Spain.

Ana Paula Orlandi is a journalist, writes about culture and behavior and has a Master’s from the School of Communications and Arts at the University of São Paulo.