The EPISODES platform has been designed at the invitation of the Goethe-Institut as a collective effort among the five artists-curators that make up the team in Buenos Aires: Gabriela Golder, Marcelo Brodsky, Mariano Speratti, and the Etcétera collective, comprising Loreto Garín Guzmán and Federico Zukerfeld, in dialogue with different spaces and institutions linked to Memory and Human Rights in Argentina: Remembrance Park - Monument to the Victims of State Terrorism and the ESMA Memory Site, located in the former Navy Mechanics School, where one of the clandestine centers for detention, torture, and extermination used to operate during the last decade of the military dictatorship.

The works and interventions of the project are organized into four episodes. The idea is to create stories and fictions that emerge from the common intention of poking around, erring, intervening, and imagining future memory by establishing a dialogue with past memory and its relationship with the current context. The ongoing investigation is based on the discussion between the artists and the access to public archives and private spaces, testimonies, traces, remnants, and vestiges. This process will culminate in March 2018 in a show of works-actions at the Remembrance Park.

The four episodes, expressed as theatrical fiction, video, photography, performance, or intervention, will revolve around themes such as the role of the new generations (children and adolescents) in the future of memory, oral narrative as a fundamental testimonial source in the construction of collective memory, and corporate complicity in crimes against humanity.

These topics have become especially relevant this year, as Argentina has been marked by setbacks in memory policies: from the questioning of the official figure of 30,000 disappeared from the last military dictatorship, the incarceration of social leaders prior to their trials, up to the controversial court ruling that grants the privilege of shortening sentences to those convicted for crimes against humanity.

In this historical context, the questions surrounding the project become more urgent and the works assume other strategies. Thus, the participating experts and institutions will debate and imagine the possible future of memory. 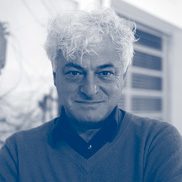 © IataCannabrava Artist and political activist, forced into exile in Barcelona during the military coup of General Videla in Argentina in 1976. He studied economics at the University of Barcelona and photography at the International Photography Center in the same city. In 1984, shortly after the end of the dictatorship, he returned to Argentina and began his project "Buena Memoria” (Good Memory), a visual essay that explores collective memory during the years of the dictatorship, inspired by the emotions and personal experiences of those who lived through it. Located at the boundary between installation, performance, photography, monument and memorials, Brodsky's work has always been committed to the defense of human rights. Today several of his pieces have been included in the collections of the Museum of Fine Arts in Houston, the Tate Modern in London, the National Museum of Fine Arts in Buenos Aires, among others.
Etcétera 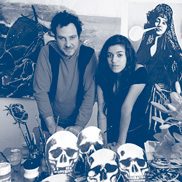 © Gisela Vola. 2010 Integrated Argentine art collective established 1997 by artists from theatre, visual arts, poetry and music. Federico Zukerfeld and Loreto Garín Guzmán are the current coordinators of this group, specialized in developing street art, public interventions and performances. Since its creation, Etcétera has participated in several international exhibitions, including the 52nd edition of the Salon de Octubre in Belgrade (2011), the 31st International Art Biennial of São Paulo (2014) and the City Curator’s Office in Hamburg (2015). In 2013 they won the second edition of the International Prize for Participatory Art in Bologna, and in 2015 they were awarded the Prince Claus of the Netherlands Prize.
Gabriela Golder 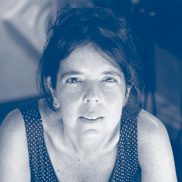 © Personal file Visual artist, curator, teacher and co-director of the Biennale of Moving Images (BIM) in Argentina. An expert in film, video and installations, her works raises issues related to memory, identity, travel and the realm of work. With a wide international production, Golder has received several awards, among them Luis Espinal da Mostra Cine Trabalho, from Brazil (2011); The Sigwart Blum of the Association of Art Critics of Argentina (2007); And the Media Art Award from the Center for Art and Media (ZMK) Germany (2004).
Mariano Speratti 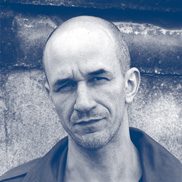 © Juan Risso Actor and playwright. Trained in performing arts mainly with the masters Rolf Larsson, Ricardo Bartís and Pompeyo Audivert. As an actor, Speratti has participated in works such as "Marambio" (written in collaboration with the director, Juan Pablo Gómez), "The others do not exist" (Juan Pablo Gómez), "Lies at dusk" (Maximiliano De la Puente) and "The appointment" (Aldana Cal). He was also part of several works by the Argentine director Lola Arias such as "Mi vida después” (My Life Afterwards), with several performances in Buenos Aires as well as tours in Europe and Latin America. He has worked as a director, playwright and screenwriter, in collaboration with Rafael Spregelburd, Rolf Larsson, Analía Couceyro and Casandra da Cunha. Speratti is also a translator and DJ.

Artists and curators will present the first results of their research on the possible future of memory on Saturday, August 12. Appealing to the memory of the past in the present context, and after months of collective discussion, each one will provide their vision of what could be an integral part of memory in the future.

The action begins with different interventions on the ESMA Memory Site and then moves, taking the form of a joint walk accompanied by interventions, readings, and performances to the House for Identity (Grandmothers). There, the formal presentation of the four episodes will take place:

Reverberations of the Future | Mariano Speratti
Year 2076. On the occasion of the 100th anniversary of the Civic Military Coup, the State has decided to make a selection of declassified files available to the public. Children are responsible for controlling and managing Memory.

Drift Through Extractive Memory | Etcétera collective
An imaginary tour through the Neo Extractivism Museum that will establish links between crimes against humanity during the dictatorship and the neo-extractive present, and will produce imaginary escapes towards the future.

There They Were, Dignified, Invisible | Gabriela Golder
Performance based on the collection of Letters of the Dictatorship of the National Library. These letters were written from various prisons around the country, from exile, or hiding.

Live Archive | Marcelo Brodsky
A narrative through intervened photographs of visual and textual material from the files of the Center for Legal and Social Studies (CELS).

At the end, the audience will have the opportunity to talk with the artists-curators and organizers.

In this chronicle about the performing tour and work in progress of the four episodes, artists and curators throw the first stones into the waters of memories that breathe future.

In this discussion regarding the documentary ‘Austerlitz,’ several questions arise regarding the role of the extermination camps and memorials in times of mass tourism.

Marcelo Brodsky, Mariano Speratti, Gabriela Golder, and the Etcétera collective, comprising Loreto Garín and Federico Zukerfeld, summarized the progress of their work during their performing tour at the Space for Memory and Human Rights (former ESMA).

Video
Presentation of the 'work in progress'

Artists and curators present at the Space for Memory and Human Rights (former Esma) the first results of their artistic research on the possible future of memory.

Exhibition of the episodes