The focus on urban progress, rather than inclusive public policies usually results in excluding urbanization policies. The Vila Autódromo community is a good example of this paradox. In 2013, the city of Rio de Janeiro began a process to evict the inhabitants of this neighborhood, located near the area where the Olympic Park of the city would be built, in anticipation of the 2016 games. Most agreed to leave, but others took to extreme measures in order to stay. Their battle marks the kick-off for "Monumento-Monumento", a cycle of activities to be held in Rio, around territorial memory, social struggles and the perpetuation of violence.

The idea is to build a platform of resistance and dialogue based on three objectives: to support the neighbors in the creation of a living archive; invite artists to discuss the notions of territoriality and memory as a result of eviction and expropriation, and create a network with other communities that have been through or are currently living an experience similar to Vila Autódromo. 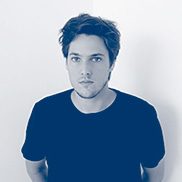 © Personal archive Quintella holds a Master’s degree in contemporary artistic processes from the State University of Rio de Janeiro. He is part of the research team of the Casa França-Brasil. Curator of several projects, among which are "Beyond Land", made by the independent space Átomos, and "Remanso", Funarte Award for Contemporary Art 2015. Contributor to the magazine SeLect and Edições Sesc São Paulo, he has dedicated himself to study the relations between art, architecture and experience by inverting the expressive modes of these disciplines and crossing their languages.
Shana Marques Prado dos Santos 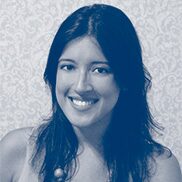 © Personal archive Lawyer and coordinator of the project Memory, Truth and Justice at the Institute for Religious Studies (ISER) with a Master’s degree in Human Rights, Society and Art from the Federal University of Rio de Janeiro. As a member of the Human Rights Laboratory at this university, she has worked on issues such as military dictatorships, international law and multiculturalism. Marques has been a researcher for the National Truth Commission as well as a consultant to the Amnesty Commission of the Latin American Network for Transitional Justice in the treatment of human rights archives. She also worked in the United Nations Development Program (UNDP), within the framework of the Special Commission on Missing and Dead Persons.
Gleyce Kelly Heitor 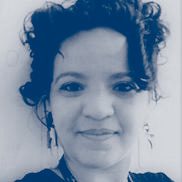 © Archivo personal Educator and researcher. Graduate in History from the Federal University of Pernambuco (UFPE) and holds a Master's degree in Museology and Heritage. She has experience in projects related to cultural mediation, education, and public programs in museums. Her research interests include the interfaces between museology and Brazilian social thinking, as well as the relations between museums and social movements. She is currently coordinator of education at the Museu Bispo do Rosário Arte Contemporânea and professor of Cultural Mediation at the Escola de Artes Visuais do Parque Lage. She was co-curator of the artistic project Obscuro Fichário dos Artistas Mundanos (2015 - 2016). She also served as coordinator of the Escola do Olhar - Museu de Arte do Rio, and worked as a researcher at the Núcleo Experimental de Educação e Arte do MAM, Rio de Janeiro.
Igor Vidor 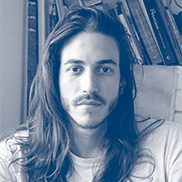 © Personal archive Visual artist and educator. After a brief career as a professional athlete, he has devoted himself in recent years to researching the relation between the body and certain social and historical aspects. Vidor has experience in cultural mediation in museums as well as public institutions and programs. His works are part of collections such as the Rio Art Museum and Itaú Cultural Institute. In 2016, he became the first Brazilian to be invited by the Museum of Modern and Contemporary Art of Seoul (MMCA) to participate in its International Fellowship Program. His recent exhibitions include the first show “Image and Movement,” Casa Francia-Brasil, curated by Lisette Lagnado; “The Color of Brazil,” MAR and “Ways of Seeing Brazil: Itaú Cultural 30 years,” OCA Ibirapuera, both curated by Paulo Herkenhoff; and “No Man’s Land,” Changdong Residence at MMCA, curated by Heejung and Yesul Park. 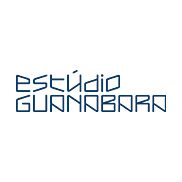 Guanabara Studio sails through the fields of architecture, urbanism, and design. From concept to the materialization of ideas, it seeks to develop innovative projects for society that establish a dialogue with their specific contexts. It draws upon various tools, based on a vision of the process and a cross-cutting practice. These tools include an agile, open, and participatory management; various methodologies for each type of project; coordination between multidisciplinary collaborative networks; selection of materials and construction techniques with a low environmental impact and a focus on social innovation, relevance to the field of architecture, and the re-signification of the role of the architect. The company was founded in 2012 by architects and urban planners who are graduates of the Faculty of Architecture and Urbanism at the Federal University of Rio de Janeiro (FAU/UFRJ).
Luisa Bogossian 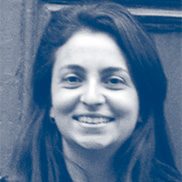 © Personal archive An architect and urban planner from FAU/UFRJ, Bogossian studied at the École Nationale Supérieure d’Architecture de Versailles and has a master’s degree in Urban Planning from the Graduate Program in Urban Development at UFRJ. She is co-founder of Guanabara Studio and Goma. Bogossian conducts research on the contemporary city and its construction processes. Her investigations focus on projects related to the street, mobility, and urban activation from the perspective of the creation of spaces geared toward the community. 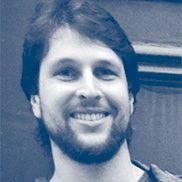 © Personal archive Architect and urban planner from UFRJ with additional training in furniture design from the Istituto Europeo di Design (IED). He is co-founder of Guanabara Studio and Goma. Daemon works in technical project development and does research on construction systems and materials.
Danilo Filgueiras 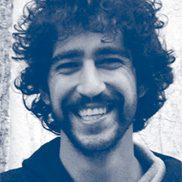 © Personal archive Architect and urban planner from FAU/UFRJ with a graduate certificate in Geography, City, and Architecture from Escuela de la Ciudad. He is co-founder of Guanabara Studio and Goma. Filgueiras works in research and projects related to social housing alongside indigenous associations and urban movements. His research topics focus on issues related to self-management and technology transfer.
Iazana Guizzo 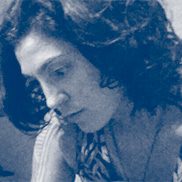 © Archivo personal Architect and urban planner. Co-founder of the architecture firm Terceira Margem. PhD in urban planning from the Federal University of Rio de Janeiro (UFRJ) and the Institut d'Urbanisme de Paris, Guizzo holds a Master's degree in Psychology from the Fluminense Federal University (UFF). She currently coordinates the Architecture and Urbanism Course at Santa Ursula University and serves as a professor of the Work Management for the Quality of Built Environments Master's program. In addition to working in the development of urban interventions, Guizzo was also trained as a dancer in the Angel Vianna contemporary academy.
Natália Cidade 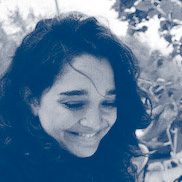 © Archivo personal Architect and urban planner. Partner of the architecture firm Terceira Margem. Cidade graduated from the Federal University of Rio de Janeiro (UFRJ) and completed an exchange with the École Nationale Supérieure d'Architecture in Toulouse. Between 2013 and 2015 she worked supporting the projects of the Rio Verde Engenharia e Construções company. Cidade also has 15 years of experience in oriental dances.
Terceira Margem

“Terceira Margem: Architecture and Singularities” is a collective that works in a transdisciplinary manner to structure dwellings that make more sense, whether at home, at work, or in the city. Using a collaborative methodology, Terceira Margem believes that the built environment can be at the service of those who inhabit it and that innovative solutions arise from the territory, both at the physical and existential levels. This group conducts a series of sensory workshops aimed at thinking space, and it works at various artistic, architectural, and urban projects. 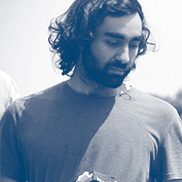 © Personal archive Visual communicator from the Pontifical Catholic University of Rio de Janeiro (PUC) with a degree in Somatic Psychomotricity from the Anthropos Institute. Creator of the Notebooks and Roads project, which investigates artistic and somatic practices through travels. He works as a plastic artist and illustrator and has more than a dozen books released by various publishers. These include “Time Without Time” (published by A Bolha), a work that examines the limits between graphic and written strokes. Kammal João frequently participates in exhibitions and residences, including the 45th edition of the Visual Arts Salon Novíssimos-IBEU, Rio (2016); “Body Notebooks” at the Federal Justice Cultural Center, Rio (2015); “Permanence and Destruction” at the XV Square (2014); the artistic residence in Mutuca (RAM), Minas Gerais (2013); the Hall of Art Pará-Belém, and the IDPOOL residence, Portugal (2012).
Cristina Ribas and Lucas Sargentelli 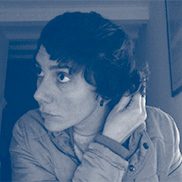 © Personal archive An artist, curator and researcher, Ribas conceives projects from the point of view of aesthetics and politics taking shape as artistic residences, militant research, and radical pedagogy. She has a PhD from the Department of Arts at Goldsmiths College University of London. In 2005 she conducted the investigation “Emergency Archive,” which in 2011 turned part of its acquis into the online platform desarquivo.org. She recently developed “Political Vocabulary for Aesthetic Processes” along with several authors. Ribas is also part of the Southern Conceptualisms researcher network. 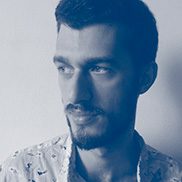 © Personal archive Artist. Sargentelli is currently completing a master’s degree in Visual Arts at the Federal University of Rio de Janeiro (UFRJ). He also works as an editor and graphic designer of books, after attending the Escuela Técnica Superior de Ingeniería y Diseño Industrial. In 2015 he became a resident of the “Capacete Entertainment” program and a year later he joined the artist graduate program at Universidad Torcuato Di Tella in Buenos Aires. Sargentelli investigates Latin American mega-cities in their public dimension, with particular attention paid to the links between institutions and subjectivities.
Ivo Godoy 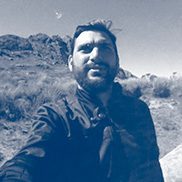 © Personal archive Master in Contemporary Artistic Processes from Rio de Janeiro State University. Since 2009 he has been making the series “Video-críticas” (Video-critics), a work that seeks to provoke perceptions and gestures associated with video practices and critical thinking.
Pollyana Quintella 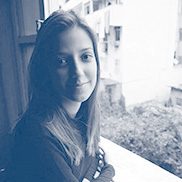 © Personal archive A historian and art critic, Quintella was co-editor of the Usina magazine and researcher and adjunct curator at Casa Francia-Brasil. She also worked at the Rio Museum of Art and the Chácara do Céu Museum. Quintella has a degree in Art History from the Federal University of Rio de Janeiro (UFRJ) and a Master’s degree in Contemporary Art and Culture from Rio de Janeiro State University (UERJ), for which she completed research on Mario Pedrosa. She curated the exhibitions “9+ 1 - Open Lab,” “Anteroom,” and “Insistence,” among others. Quintella is a columnist for the Agulha newspaper.

Article
Beyond the tractor: art and resistance in Vila Autódromo

After an intense and thorough work undertaken with the inhabitants of Vila Autódromo, artists and curators opened the “Open Sky” monument and launched the publication “Vocabularies in Movement, Lives in Resistance”, both of them symbols of the struggle of this community.

Vocabularies in Movement, Lives in Resistance

How do we spatialize struggle? How do we set boundaries around the existence of Vila Autódromo? How do we make it visible?

These are some questions that steer the debate surrounding this community's territorial occupation. To develop a "structure of visibility" that sets boundaries around its existence, artists and curators from Rio de Janeiro work collectively with the village's inhabitants and local actors.

Rio de Janeiro curators and artists carry out a series of workshops with the inhabitants of Vila Autódromo. This is a commitment to collective creation, which seeks to problematize the memories and wishes of participants. Here are some reflections about the first workshop, entitled 'Vila virtual.'

On June 25th, artists and curators met once again with the inhabitants of Vila Autódromo. This is a summary and impressions of the second workshop.