All cities have stories to tell. Streets, parks and buildings are living witnesses and museums to some of the most important events of a society. AppRecuerdos, an application which anyone can download to their smartphone for free, proposes a new way to tour and listen to Santiago de Chile. Developed by the Chilean group SonidoCiudad and the German company Rimini Protokoll, this app consists of more than 100 sound bites that are activated by geolocation every time the user passes one of the points marked in the center of the capital.

The stories are daily testimonies of people who directly or indirectly lived through the political and social context of the country between the 70s and 90s. The voices range from a former minister of finance to the owner of a cornershop; all protagonists of an era. The idea is for the user to listen to the stories in the exact place where they occurred, so that the city becomes a sort of mental theater. AppRecuerdos was launched earlier this year at the Santiago A Mil Internacional Festival. Today, it remains an invitation to think about the link between memory, urban space and its protagonists. 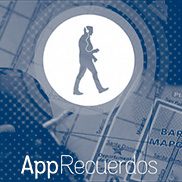 © AppRecuerdos Interdisciplinary group of artists and researchers, made up of Mauricio Barría Jara, Verónica Troncoso and Gonzalo Dalgalarrando Haritçalde. This team emerged from the group Nucleus Art, Politics and Community, belonging to the Theater Department of the University of Chile, with the objective of co-creating AppRecuerdos together with the German company Rimini Protokoll.
Mauricio Barría Jara 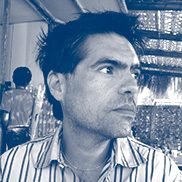 © Personal archive Playwright and theatrical researcher. Doctor in Philosophy with special mention in Aesthetics and Theory of Art of the University of Chile. Academic and member of the Nucleus Art, Politics and Community. His work has explored the links between words and sound, with recent emphasis on formats of radio and sound art. His last works in this field have been "Irredentos" (2013), "KafCage for Mall" (2015) and "RadioMigrante" (2016).
Verónica Troncoso 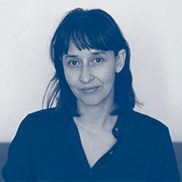 © Francisca García Visual artist. Master in Visual Arts and Academic of the Department of Visual Arts of the University of Chile. He has researched and produced work from the archive as a paradigm and object of study, with special attention to human rights violations during the Chilean-military dictatorship (1973-1990).
Gonzalo Dalgalarrando Haritçalde 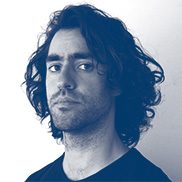 © Personal archive Actor, artist and stage researcher. Member of the Nucleus Art, Politics and Community of the University of Chile. He is also part of the companies Acción Residente and La Malinche Teatro, in Valparaiso. He has developed research, assemblies and interventions around issues of memory, identity and violence.

Displaced territories is an encounter for collective creation in a public space. It will be carried out based on the exchange held with creators from the seven Latin American cities that make up "The Future of Memory."

The name of this interdisciplinary laboratory refers to the habitable and inhabited space as a receptacle for various different layers that coexist in different temporalities and territories. Artists and curators will choose a series of recorded materials that will be subjected to two central concepts: oblivion and the now that persists.

The now that persists is a kind of eternal return made by the past and a feeling that the past is never completely closed. Oblivion, in turn, starts with the action of making memory in the present; i.e., each time one turns back, something is forgotten. But what, exactly?

Attendees to the Displaced territories lab will work on three thematic areas around the renovation of San Borja, an emblematic architectural complex located in downtown Santiago de Chile. The first axis, Urban memory, covers the former San Borja Hospital and the new communities born in the green halls used as urban gardens and in the public spaces transformed into dance floors.

The second thematic axis is entitled Violence against sexual minorities and was inspired by the case of Daniel Zamudio. The young Chilean became a symbol against homophobic violence in the country, after being attacked and tortured to death in San Borja park in 2012. The third axis, Military dictatorship, focuses on the episode of book burning at the hands of the army done in the San Borja towers on September 23rd 1973.

These topics are the starting point for cross-cutting collaborative exchange between artists, curators, and other attendees to the laboratory, which will end with an installation in San Borja park.