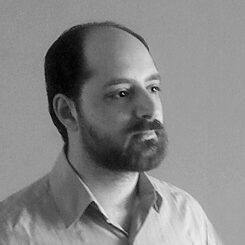 Photo: Loizos Michael Loizos Michael is an Associate Professor at Open University of Cyprus, where he founded and directs the Computational Cognition Lab, while also serving as the academic head of the cross-institutional M.Sc. Program in Cognitive Systems. He is a founding member of the RISE Research Center of Excellence, within which he leads the research pillar on Artificial Intelligence and Communications. His research focuses on the development of computational models for cognitive processes associated with individual or collective intelligence, integrating computational learning theory, knowledge representation, and commonsense reasoning.

Michael received a B.Sc. in Computer Science with a minor degree in Mathematics from University of Cyprus, graduating top of the class of 2002, and receiving the Republic of Cyprus Presidential Award. He continued his education at Harvard University, where he received an M.Sc. and a Ph.D. in Computer Science (Artificial Intelligence) in 2008, under the supervision of Leslie Valiant. Before joining Open University of Cyprus in 2009, he held a visiting faculty appointment at University of Cyprus. He was a keynote speaker at ISD 2017 and AmI 2018, and he has served, among others, as the PC chair of the 15th European Conference on Logics in Artificial Intelligence in 2016, and as the organizer of a workshop series on Cognitive Knowledge Acquisition since 2015.

Back to “Generation A = Algorithm”