FIRST FILMS FIRST is an intensive professional training programme of the Goethe-Institut aimed at supporting young Southeastern European film directors to develop their first feature-length fiction film. The Goethe-Institut started the programme in 2016 and has since supported eight young directors each year in making their dream of becoming a filmmaker come true.

The FIRST FILMS FIRST – Goethe-Institut Young Directors´ Academy is being brought to life in cooperation with the Goethe-Institutes of Southeastern Europe, the national film centres and academies, as well as the film festivals in Cluj, Bitola, Belgrade and Sofia.

The programme consists of four modules which allow the participants to develop their first feature film project, step-by-step, through different phases over the period of one year.

FIRST FILMS FIRST focuses on eight participants each year only, in order to provide a face-to-face approach, individually adapting and modifying the programme in order to accommodate each participant’s specific needs.

Between 2018 and 2019, Emilios Avraam participated with the film project Smaragda, as a representative of Cyprus.

At the Dot.on.the.map Industry Days in the framework of the Cyprus Film Days International Festival 2022, the Albanian FIRST FILMS FIRST project The Consequences of Freedom directed by Lorin Terezi was deemed the best of the seven pitched at the event, which was held in Limassol.

In 2022, the film project Shibboleth by Cypriot Alexandra Matheou was selected. Shibboleth is Matheou's first feature film and is currently in the making. The drama is about a complex love triangle between a surrogate mother and the couple whose baby she is pregnant with as she joins them on a summer vacation. Nothing goes as planned when the truth about their real intentions is revealed. 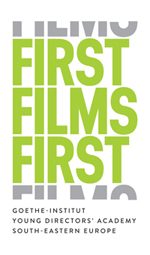