The aim of the Freiraum (Free Space) project is to assess the state of freedom in Europe’s cities. What are the issues that come up when residents, sociologists and creative artists think about the concept of “freedom” in very local terms?
more... 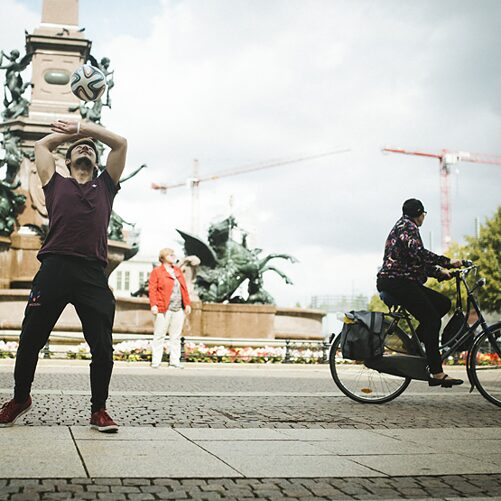 As part of the European project Freiraum, the students of the Roman institute IIS Enzo Ferrari created a graffiti for the façade of the school and the library of the Accademia Popolare dei diritti e dell'antimafia. This was done with the support of the Comics Museum in Cosenza. Plans were made to create an identical graffiti in Nicosia at a refugee camp and other symbolic places in the city. An interactive board and app created for this event were then presented in Rome on the occasion of the fourth consecutive holding of the Restart! Festival of Creativity, which takes a stand against the mafia and supports citizens’ rights. The presentation took place in Nicosia on 24 November 2018.

Beyond the walls: the project

How did Nicosia’s particular question arise within the context of its specific location?

Cyprus is located in the far southeast corner of Europe, and is closer to Turkey, Syria, Lebanon and Israel than any other European country. After the coup and the Turkish invasion in 1974, the country was divided into the Turkish occupied northern part, where all Turkish speaking Cypriots were resettled and the Republic of Cyprus in the south, where Greek and Armenian speaking Cypriots were relocated. Since 2004, Cyprus has been a member of the European Union, while since 2008 it has adopted the European currency. Considering that Cyprus’s accession took place during a time of promising peace negotiations, the whole of Cyprus was accepted as a member of the European Union, which means that all Cypriots are holders of a European passport.

From 2009 to 2013, Cyprus suffered due to a severe financial crisis that peaked in the so called haircut of 25 March 2013, when the country’s two largest banks were closed. Although the cuts made were severe, it can now be said that those who suffered the most are not the people affected by the measures taken, but those without access to resources, and, most especially, young people. As in many southern European countries, youth unemployment in Cyprus is very high, despite the fact that many young people have a good education.

What does the term freedom and the notion of freedom of space (Freiraum) mean in the context of the country’s division and the 2013 economic crisis and its aftermath? What is the country’s most pressing issue within this framework? Together with the Artos Foundation, a centre for contemporary art and science, the Goethe-Institut Cyprus has invited representatives of NGOs and universities, as well as artists and journalists from all over Cyprus, to a workshop in order to find a common and relevant issue.

During three rounds of discussion on topics of business, identity and Europe within the framework of “Weltcaférunden”, a total of 16 questions were formulated and ranked.

The question that got the highest score in this ranking was: Do we have access to proper education that then enables us to make sure that we have a sustainable and fair economy, in which we are able to effectively apply our economic freedom?

The ‘Tandem’ City of Rome

On the basis of this question, Nicosia took part in a meeting in Warsaw, which brought together all the European cities that were participating in the project Freiraum. During the meeting, cities were randomly paired together, which resulted in Rome and Nicosia being teamed up. Rome addressed the following question:  "How can basic local development practices be implemented in an area controlled by the mafia and affected by violence?"

Currently, the global economy is still suffering from the consequences of the financial crisis of 2010, and the citizens of Rome are also increasingly witnessing a reduction in the provision of basic welfare services by the state. In addition to the budget cuts made to education, economic development, public infrastructure and culture, the problems of corruption and organized crime remain grave in the Italian capital. It is particularly in the Roman suburbs that the state’s withdrawal has created an imbalance, thus making these areas fertile ground for criminals. The mafia provides services and jobs to entire neighbourhoods, and recruits and rewards guards, drug dealers, and drug traffickers, giving them almost total control of territories. They provide their own security services and social housing, while they also have control over trade and commerce. The dirty money is then channelled into the gambling halls that are springing up like mushrooms, thus tempting families in financial need to indulge in dangerous illusions.

In order to remedy this alarming situation, committees and associations of citizens have come together in numerous neighbourhoods. As part of the project Freiraum, the Goethe-Institut established contact with these groups and organized workshops in the Accademia popolare dei diritti e dell'antimafia (People's Academy for the defense of rights and for the fight against the mafia). The academy, founded by the association daSud, is based in the institute IIS Enzo Ferrari, a high school in the eastern periphery of Rome. Representatives of the anti-mafia organization daSud (who are partners of the Goethe-Institut in the project Freiraum), such as architects, urban planners, sociologists and experts dealing with suburban problems, took part in the meetings.  Members of various cultural associations working in the districts of Cinecittà-Don Bosco, Prenestina-Torpignattara and Tor Bella Monaca (in total about 800 thousand inhabitants) also participated in the meetings.

Participants:
The joint project under the name Danilo Dolcis 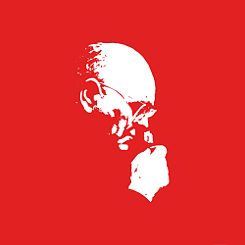 Grafics: © daSud During meetings and debates that had as their aim the exchange of experiences, Rome and Nicosia agreed to address the two issues by means of common interpretive approaches and forms of expression.
In the course of these meetings, the life and work of sociologist, poet and activist Danilo Dolci (1924-1997) was drawn upon.

Dolci's social and educational commitment was based on the Socratic maieutic and sought the so-called “self-competence”, the empowerment of people excluded from power and from the system. His studies, which date back to the seventies, are still the content for international experimental research projects. Danilo Dolci's working method is based on the principle that true change can only be attained through the direct involvement and participation of those affected; for him, progress means the constructive return to the culture and competences of the region, as well as to the contributions of the respective local communities and individuals. In sessions held in accordance to Dolci’s method, each individual must question himself or herself, confront his or her counterpart, listen and make decisions independently.  Therefore, the individual becomes the driving force for the social and political emancipation of others and the community to which he or she belongs.

Based on the personage of Danilo Dolci, students of the IIS Institute Enzo Ferrari developed a graffiti design together with the Comics Museum in Cosenza, which can be seen on the façade of the school and in the library of the Accademia Popolare dei diritti e dell'antimafia. An identical graffiti will be created in Nicosia – at a refugee camp and at other emblematic points in the city. Thus, a concrete and visible sign is to be placed in both cities as a symbol of the dialogue that developed between Rome and Nicosia within the framework of the project Freiraum. Also, an app, which was specifically developed as part of Freiraum, will provide information on the project, as well as on the associations involved.

Rome/ The city worth living in
Make the city strong

Under examination are the cooperation of citizens’ associations and public institutions, and their absence in peripheral areas with high crime rates. How can basic local development practices be implemented in an area controlled by the mafia and affected by violence?

Nicosia / Is freedom a luxury?
The right to education

The ARTos Foundation is a center for contemporary art and science dedicated to encouraging both scientific research and creativity: a space where learning, chaos and imagination are brought together. Artist/creators and scientist/creators are given the freedom to let their inspiration guide them – while being supported at a local and international level.

daSud is an antimafia association founded in 2005. The aim of the association is to fight mafia with culture, political rights and participation. daSud works primarily on formal and non formal  education in a roman suburban school, with a special attention on gender equality. Since 2009, the association has its headquarters in Rome and produces campaigns, graphic novels and offers theatre and cinema events from an antimafia point of view. daSud works in collaboration with Italian Ministry of education and representatives of the art world.

We present the Nicosia Working Group of the European Goethe project FREIRAUM, which together with that of the Goethe-Institut Rome, will generate ideas in favor of diversity.

Articles and interviews related to the topic

What does freedom mean in Europe today? Where is it restricted? Where in danger? As part of the "Freiraum" project, 38 Goethe-Institutes throughout Europe have asked themselves what freedom means. Now they exchange their questions across Europe - and develop answers for each other from afar.
www.goethe.de/freiraum