The “Disappearing Wall” installation consists of a Plexiglas frame in which around 6,000 wooden blocks with quotes are inserted.

On the Occasion of the German EU Council Presidency

At the beginning of July, Germany took over the EU Council Presidency for six months. On this occasion, the Goethe-Institut prepared a special European cultural program and within this framework an interactive installation entitled Disappearing Wall will be presented in Cyprus.

The Disappearing Wall is a unique object. Europeans selected famous quotes – fragments from songs and poems, quotes from their favorite films, novels and philosophical works. These quotes will be presented in the installation to illustrate the linguistic and intellectual diversity of our continent. The Disappearing Wall invites passers-by to take a piece of this diversity with them. The wall is filled with thousands of small wooden blocks, which are engraved with quotes. Visitors can keep them as a souvenir or give them away to friends and acquaintances.

As the quote-blocks gradually disappear, so does the wall. This process symbolically shows that the walls that we build and separate communities, peoples and everyday people can disappear with collective effort.

While the installation is presented in Cyprus, it is also presented in Belgium, Germany, the Netherlands, Great Britain / Northern Ireland, Lithuania, Spain, Italy, Greece and Poland. This interactive wall installation Disappearing Wall is based on the idea of Maria Yablonina and carried out by engineer Werner Sobek. She developed this idea in a workshop, which was initiated by the Goethe-Institut.

The presentation of the Disappearing Wall in Cyprus will be accompanied by a sound installation created by the composer Nektarios Rodosthenous.

The project Disappearing Wall was funded by the German Federal Foreign Office on the occasion of the German EU Council Presidency.

Part of series Weeks of the German Language 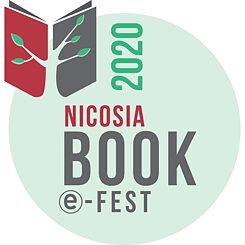