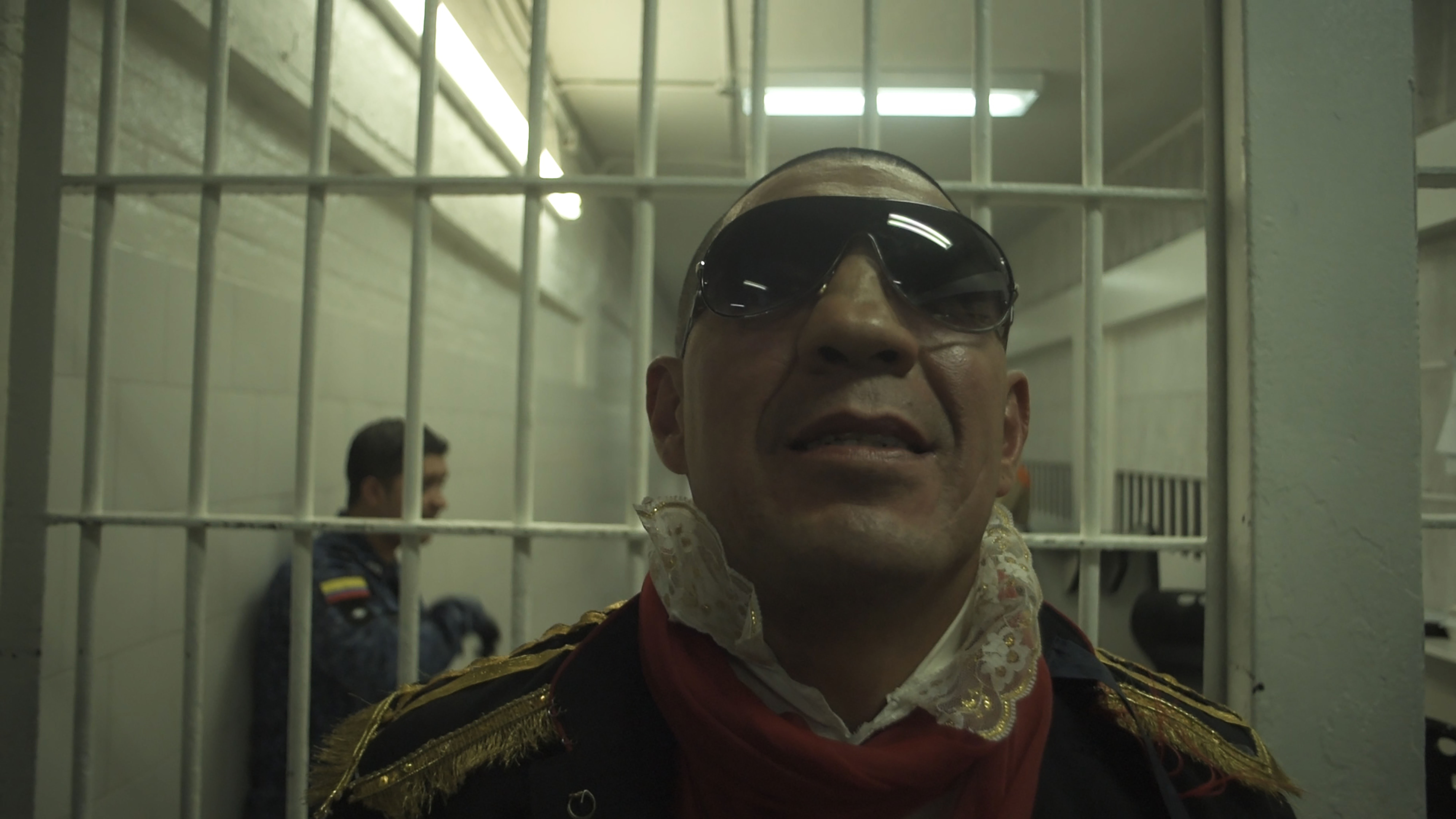 Ómar is a corrupt prosecutor, a possessed transvestite, an 18th-century courtier, an emerald trafficker, a war hero. He is also Ómar, a sixty-year-old man who gets, after a decade in jail, the benefit of 72-hour outings, having the possibility of requesting provisional release. For
him, making this film is maybe just an excuse to reach his own idea of freedom: playing multiple roles in his own fantasies and unfolding all of his masks, fooling the world’s inquisitive gaze (and also the Director’s plan).