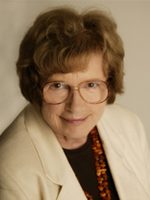 © Anthea Bell Anthea Bell has worked as a translator of German and French into English for many years. Her translations from German include modern and classic fiction by authors including E.T.A. Hoffmann and Kafka, several novellas by Stefan Zweig and his memoir The World of Yesterday (Pushkin Press, 2009). Her translation awards include the 2002 Independent Foreign Fiction Prize and the Helen and Kurt Wolff Prize (USA) for the translation of W.G. Sebald's Austerlitz (Hamish Hamilton, 2001).

She has been awarded the Schlegel-Tieck prize several times: for Hans Bemmann's The Stone and the Flute (Viking) in 1987, for Karen Duve's Rain in 2003, and for Stefan Zweig's Burning Secret (Pushkin Press) in 2009. In 2003 she received the Austrian State Prize for Literary Translation and in 2010 she was awarded an OBE (Order of the British Empire) in recognition of her "services to literature and literary translations". In January 2015, the German ambassador presented the Cross of the Order of Merit of the Federal Republic of Germany to Anthea Bell.  The translator takes a particular interest in the translation of books for children and young adults.

I had no intention at all of becoming a translator. It happened entirely by accident – and then I found myself in a profession I loved for its interest and variety.

I'd probably say W.G. Sebald's Austerlitz. It was a pleasure and a privilege to work on this fine book with the author.
Translation Wish
Is there a particular book you would like to translate?

I think I already have translated the German novel I'd always wanted to tackle: E.T.A. Hoffmann's Lebensansichten des Kater Murr, published by Penguin Classics as The Life and Opinions of the Tomcat Murr in 2001. My idea was backed up by Jeremy Adler, who wrote the Preface.