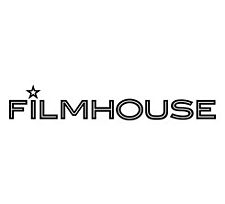 Welcome to the second instalment of Fokus: Films from Germany! Once again, we present a selection of titles that represent the diverse nature of filmmaking in Germany – both past and present. We were interested in selecting a wide array of topics and cinematic styles that shed light on current debates and discourses in Germany with the aim to encourage and inspire our audiences in Scotland to reflect on, relate to and maybe also differentiate themselves from them.

You will find a calendar with access to all films at the bottom of this page.

In our opening film 'Hedi Schneider is Stuck', the seemingly invincible protagonist Hedi, a quirky, carefree and creative woman, is brought to her knees by panic attacks that no coping mechanism can overcome. For her equally humorous and authentic portrayal of a woman who is literally afraid of fear, Laura Tonke won the German Film Prize LOLA for Best Leading Actress. We are delighted to welcome writer and director Sonja Heiss for our opening event. She will be in conversation with Richard Warden, curator of Scottish Mental Health Arts and Film Festival, who we are happy to collaborate with this year.

We are particularly thrilled to present four films by female directors. In addition to 'Hedi Schneider is Stuck', the films 'WILD' by Nicolette Krebitz, '4 Kings' by Theresa von Eltz and '24 Weeks' by Anne Zohra Berrached show an impressive range of themes and aesthetics present in the works of female directors in Germany. While Krebitz tells a fantastic story of a young woman’s relationship with a wild animal, von Eltz explores the relationship dynamics between a group of teenagers in a psychiatric emergency unit at Christmas, the supposedly most wonderful time of the year. In contrast, Anne Zohra Berrached focuses on the story of a woman who faces the difficult decision whether to have a late-term abortion when she learns that her child will have Down’s syndrome as well as a serious heart defect.

'The People vs. Fritz Bauer' and 'We Are Young. We Are Strong' both implicitly speak to the current debate around rising xenophobia and right-wing movements in Europe by taking a look at historical events in German history. While Lars Kraume’s film deals with one man’s battle to bring Nazi crimes to light despite the collective denial of a nation, Burhan Qurbani’s takes a look at the riots against asylum seekers in Rostock-Lichtenhagen in 1993. Both films inspire the audience to reflect on current debates and challenges that European countries face in the presence of rising nationalism.

The fascinating documentary 'From Caligari to Hitler' follows the development of cinema during the Weimar Republic up to the Nazi era and asks the question: Does cinema know something that we don’t? Did it anticipate the political developments that followed on its heel? The film by Rüdiger Suchsland carefully assembles expressive scenes from iconic as well as lesser known films of the Weimar era, wetting the audience’s appetite for more. With Robert Siodmak’s experimental silent film People on Sunday and Fritz Lang’s masterfully directed 'The Testament of Dr. Mabuse', we picked two very different films that show both ends of the artistic spectrum that Weimar cinema has to offer.

We hope to see you at the screenings!

With support from Filmhub Scotland.