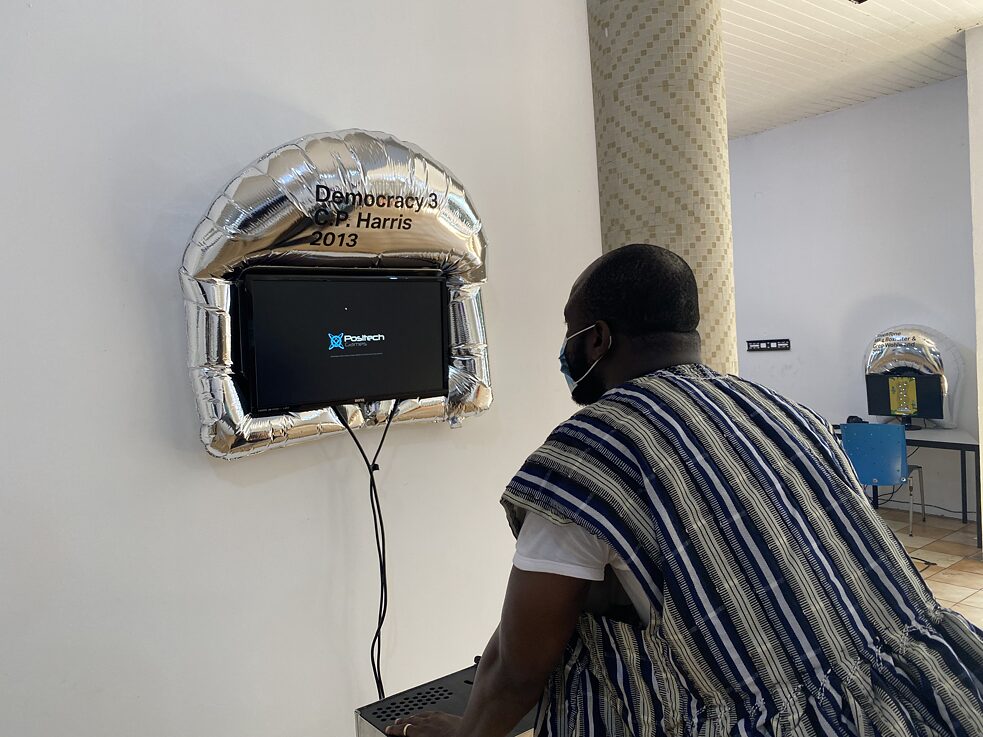 A total of sixteen games and four videos that show the power of computer games as a politically and socially significant medium are currently on show at the Museum of Science and Technology (MST) in Accra.

Set on twenty computers embellished with balloons, the exhibition equally examines how computer games unfold their political potential while conveying practical experiences and ideologues in an educational, populist or propagandist manner.

It explores the scope and limits of the computer game genre as it constructs a counter-position within the arts and entertainment industry. A move that is achieved through a subtle use of a repertoire of politically ambitious games from 2009.

Indeed, visitors will become players and experience at firsthand how the games, which deal with topics such as media criticism, migration, power relations, gender roles and militarism on an artistic level affect them.

Complemented by documentaries on the subject, the games make vivid allusions to political decisions alongside explicit illustration of social conditions and grievances including working conditions, gender, revolutions, refugees and authoritarian governments.

Players of these games will experience political decision-making, social injustices, labor conditions, surveillance state tactics, consequences of armed conflicts and revolutions against totalitarian systems among others.

Information Technology Consultant, Kobby Spiky Nkrumah will moderate the discussion, which will among others focus on how computer games can be used as an artistic reflection of contemporary issues and its suitability for complex political themes.

Goethe-Institut Ghana is sponsoring the exhibition, which ends on Saturday June 5, 2021.