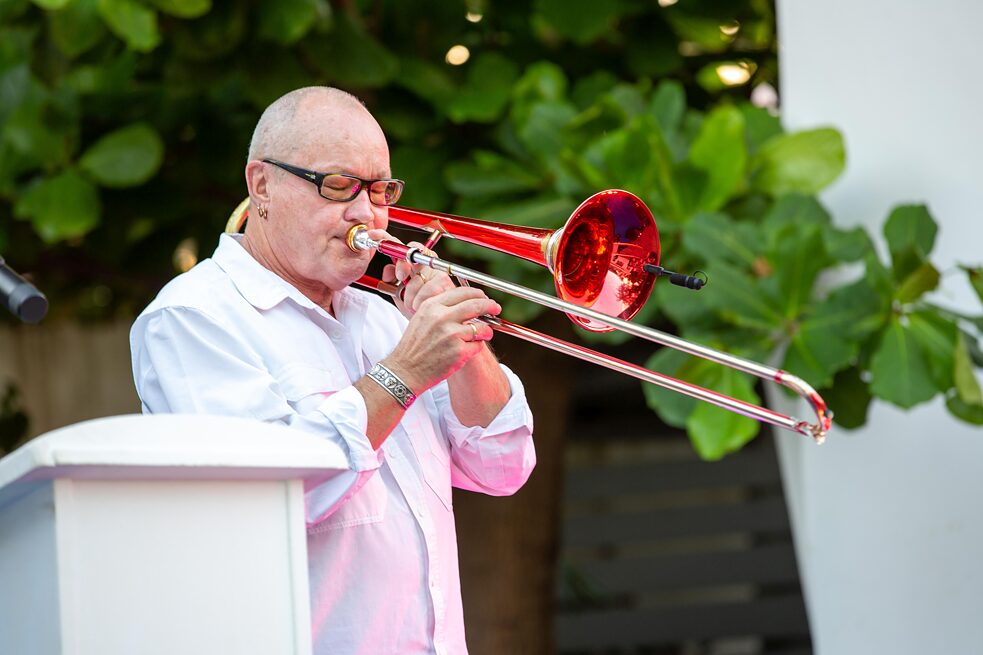 Nils Landgren, an acclaimed Swedish trombonist together with Ghanaian flutist Dela Botri on Tuesday treated guests at the 60th anniversary celebrations of the Goethe-Institut to a musical feast.

A stunningly erudite musician, Landgren and the flute magician melted music’s geographical barriers with a cool blend of traditional Ghanaian and Swedish rhythms that swayed the audience, who responded with cheers and applause.

Indeed, Botri’s version of traditional music from the Upper East and Upper West regions of Ghana and Landgren’s Swedish folk tunes showcased the harmonies and differences in musical forms and functions of both cultures.

With kpanlogo drums, rattles, bells, xylophone and atenteben alongside a trombone from Landgren, the musicians transformed the Institut into a groove, where apostles of cross-cultural collaborations would connect and create refreshing tunes.


Noted for being rhythmically imaginative, the Swedish musician is a splendid performer – the kind of artist whose sound is light and smooth – thereby making it seem effortless, graceful and natural.

He is equally respected for a light-husky voice and a perfect intonation – a trait that played a huge role in the concert with Botri and Hewale Sounds – a group widely acknowledged for diverse collaborations with foreign artists.

A devotee of contemporary music, Botri has held workshops in a number of universities in several countries and performed to varied audiences in the Middle East, Europe, United States and several countries in Africa.