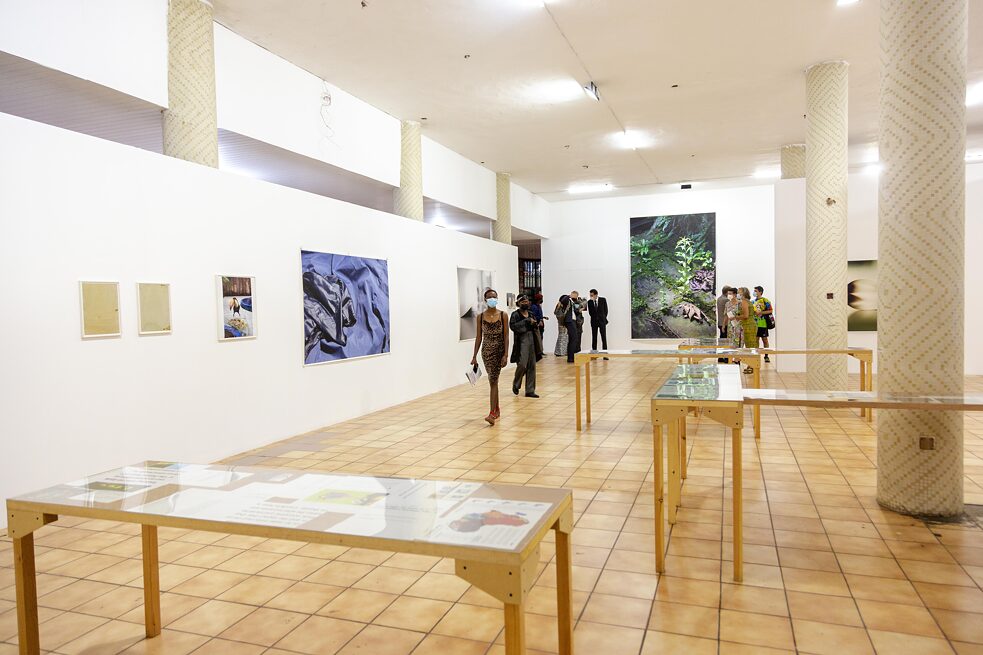 Works by the Internationally acclaimed German photographer on show in the Ghanaian capital, Accra

An exhibition of pictures by the renowned German photographer that showcase the simplicity and complexity of his style will on Sunday November 14, close at the Museum of Science and Technology in Accra.

Titled “Fragile”, the show which has equally been extended into the city of Accra through billboards – has caught the attention of motorists and pedestrians – who ply these busy intersections on a daily basis.

Indeed, the exhibition hall, which has been completely transformed with support from Institut für Auslandsbeziehungen (Germany) and the Goethe-Institut in Accra, is awash with dozens of photos of varying sizes that singularly and collectively provide a wide-ranging overview of his work.

Undeniably, the viewer will notice how anthropological and non-anthropological elements appear to co-habit as one explores the photographs in this rather large space while observing his subtle commentary on extremism, populism, ideology, negativism, sexuality, parochialism and isolationism.

His portraits reveal more than the naked eye will immediately appreciate – but at the same time viewers can easily relate them to their personal lives – and this he does by not necessarily following art historical patterns, thereby providing the opportunity to see people in an intimate manner.


Indeed, the richness, penetration and variety of his images enable people outside typical art audiences and circles to equally appreciate his work and actually identify with their balances, contradictions, tensions and juxtapositions.

A close analysis of his works equally reveal the fact that size (large or small scale) of his pictures does not indicate its value or importance – but rather how the viewer engages and interacts with them alongside his or her fascination with the photographer’s images on club culture in the 1990s among others.

Born in Germany, Tillmans spent the early part of his career in London (UK) after graduating from the Bournemouth and Poole College of Art and Design. In 2000, he was awarded the prestigious Turner Prize, marking the first time the prize had been awarded to a photographer or non-British artist.

Currently, he lives and works between Berlin and London. His works are presently held in the collections of the Art Institute of Chicago, The Museum of Modern Art in New York (USA), the Hamburger Bahnhof in Berlin (Germany) and the Kunstmuseum Basel (Switzerland) among others.

In 2006, he established “Between Bridges”, a non-profit exhibition space located in Berlin (Germany) while setting up a survey show titled “Wolfgang Tillmans: 2017”, which opened at the Tate Modern in London to critical acclaim.

“Fragile”, which has been shown in Kinshasa (Democratic Republic of Congo), Nairobi (Kenya), Johannesburg (South Africa), Addis Ababa (Ethiopia) and Yaounde (Cameroon), is being organized and supported by Institut für Auslandsbeziehungen (Germany) in collaboration with Goethe-Institut Ghana and the Museum of Science and Technology in Accra.

The exhibition is set to open in the Ivorian capital, Abidjan later this month.