Rubicon is a platform for interdisciplinary collaboration of art & culture workers and activists. The exhibition is the third and the last part of the Rubicon 2021 series. After the Ngopi Unconferences series from February and Kotaton in September, the results of the implementation of the ideas of the winners as part of the Kotaton project will be presented in a final exhibition in the Lawang Wangi Creative Space.

Three groups of winners of the Kotaton project and four groups of selected winners present the progress toward realizing the project ideas they have been working on since September 2021. Based on the three main themes of Rubicon, namely Redefine (cultural identity and diversity), Reform (environmental sustainability) and Reconnect (social justice and empowerment), the Kotaton winners sound out their respective project ideas for designing new forms of sustainable solidarity among disciplines and identifying innovative collaborative practices.

More information about the group winners of the Kotaton project, selected winners and participants of the Kotaton taking part in the Rubicon exhibition can be found here: Kotaton.

Rubicon is produced in partnership with Rakarsa Foundation, the Goethe-Institut Bandung and the Institut Français d’Indonésie IFI Bandung, and supported by the German-Franco Cultural Fund. 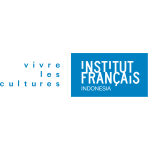 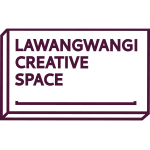