This edition welcomes Soma Putera from Stairway Games as special guest star. Soma will share his fundraising experience for his game, Coral Island.

Coral island was able to reach 23 billion Rupiah funding through Kickstarter. This game touches on topics such as environment, culture, and diversity. It has generated broad enthusiasm among gamers.

Adam Ardisasmita will talk with Soma Putera on his strategy in crowdfunding for game development. 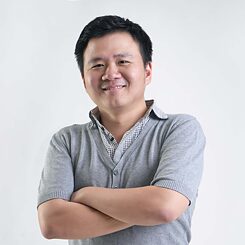 © Soma Putera Soma Putera is the Co-Founder and Game Producer at Stairway Games. He has spent more than 12 years in game and web development. Since the company's founding in Yogyakarta in 2018, the studio's goal has been to become one of the best game developers in Indonesia. 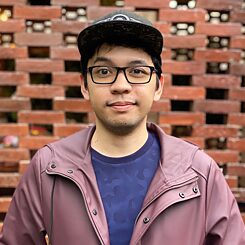 © Adam Ardisasmita Adam Ardisasmita is the CEO of Arsanesia / Arsa Kids, a game company founded in 2011. He is currently the appointed vice chairman of the Indonesian Game Association and is actively fostering game development communities in Indonesia. He frequently speaks at gaming events and regularly creates content related to the game industry on his personal blog and YouTube channel. As a trusted Intel Innovator, Adam is an Intel technology ambassador in the gaming field.