From September to December 2017, Wikimedia Indonesia and the Goethe-Institut Indonesia held a joint public writing competition on social science topics, called Proyek Ganesha. The winners will be honored on Wednesday, February 28, 2018, during an award ceremony at the Goethe-Institut Jakarta.

The festive kick-off to the award ceremony will be two lectures by Ivan Lanin (Wikimedia) and Anggi Kusumadewi (Kumparan), who will be discussing the importance of collaborative writing projects for the creation of freely accessible information on the internet: What considerations led to the founding of the indonesian Wikipedia platform? Is collaborative knowledge generation in the network limited to Wikipedia? And what role does collaborative writing play in the age of fake news and filter bubbles? 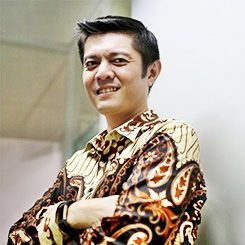 © Ivan Lanin Ivan Razela Lanin is Senior Consultant and Director of Banking, Finance & GRC at Proxsis Consulting Group, Jakarta. His current specialization is quality management and risk management systems. Ivan Lanin has been a Wikipedia author since 2006 and one of the founders of Wikimedia Indonesia in 2008. He is also known as an Indonesian language activist in social media. 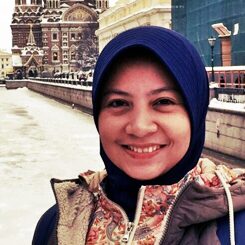 
This event is open to public.