"Whoever doesn't want to think, gets kicked out!" With this sentence in a seminar at the documenta 1977 in Kassel, Joseph Beuys wanted to challenge his students to collaborate in thinking. Thinking is the responsibility of each and every individual, and each*individual can contribute valuable ideas for common progress. Joseph Beuys was a draftsman, sculptor, action and installation artist, teacher, politician, and activist. Along with Marcel Duchamp, John Cage, and Andy Warhol, he is considered one of the most important artists of the 20th century. 2021 would be the 100th birthday of Joseph Beuys. On the occasion of this anniversary, the Goethe-Institut Indonesia brings Beuys' concepts and practices into dialogues with contemporary practices and current artistic negotiations in Indonesia. What do our thoughts, feelings and actions have to do with his Expanded Concept of Art and Social Sculpture? Is art the only revolutionary force? Is the future a category of art? Are these even the right questions?

As an influential lecturer at the Kunstakademie Düsseldorf, Beuys fought for a re-evaluation of the educational system and the expansion of thought and action through art. With his idea "Everyone is an artist," he envisioned a universal world society and a flexible education system that would give each and every individual the freedom to develop themselves and their talents and desires.

On the occasion of the 100th anniversary of Joseph Beuys, Goethe-Institut Bandung collaborates with Erik Pauhrizi (Universitas Pendidikan Indonesia) and Tisna Sanjaya (Bandung Institute of Technology). The two artists and lecturers curate a workshop that connects the practices and concepts of Joseph Beuys with current artistic and cultural trends in Nusantara and asks about the future of art in its local context. The workshop is framed by the keywords rationality, emotion and usefulness. Inspired by Beuys' teachings and together with different mentors, Pauhrizi and Sanjaya create a common thinking space and safe space for students from different disciplines and universities in Bandung, where all questions can be asked and everything can be thought.

This workshop is divided into four sessions that will use the method of Beuys' practice in teaching. In the workshop, safe atmosphere is formed in the discussion and exchange of opinions and generates the participants to think and feel about discussed discourse. In the first workshop, origin, identity, ethnicity and even religion will be discussed by each participant. The first workshop aims for us to know our identity and self and how would we govern on our local culture. The first workshop will be facilitated by Lucky Hendrawan (cultural practitioner) and Raisa Kamila (author and historian). The second workshop will discuss the discourse of cultural reconstruction. After the process of recognizing origins and the current situation, we will see if cultural reconstruction is needed, or even the future is shaped from the perspective of Nusantara/local culture. In the process of discussing the discourse on cultural reconstruction are accompanied by Nala Nandana (lecturer and film curator) and Natasha Tontey (intermedia artist). Through a scientific, technological and cultural approach to Beuys's practice, in the third workshop we will look from other disciplines regarding the purpose of an artwork, whether the artwork is enough only with aesthetic purposes or must pay attention to other aspects so that the artwork can give either indirect usefulness or direct usefulness. In the discussion of third workshops will be accompanied by Dien Fakhri Iqbal (expert in mental and mental health) and Syarif Maulana (Philosopher), in which we will see how the artwork can affect the awareness not only for the public but also for the artists*. The last workshop is a presentation session about the workshop process, discussion and a recognition for our self in relation to the creating artworks that have rationality, feeling and usefulness. Rizki Resa Utama (video artist, filmmaker and performer) will participate in the presentation session and share his feedback and views.

Open Call of hybrid workshop for students and young artists in 18-30 years old and domiciled in Bandung and surrounding areas. Please send the form below and CV to Lukman.Hakim@goethe.de with the subjek "OPEN CALL Workshop; Ajeg Pada Jejak", at the latest on 30th September 2021 at 23:59 WIB.
Erik Pauhrizi (*1981, Bandung), graduated from FSRD ITB (Institut Teknologi Bandung) in 2005, then continued his studies at the Fine Art Study Program in the Video Art/Experimental Film, Photography, and Painting classes under Professor Michael Brynntrup, Professor Dörte Eißfeldt, and Olav Christopher Jenssen, at the Hochschule für Bildende Künste Braunschweig (HBK) and received the Freie Kunst Diplom in 2012, and Meisterschüler Freie Kunst in 2016 with the 2016 Meisterschüler Prize. Erik currently teaches at the Film and Television Studies Program – Universitas Pendidikan Indonesia and also actively works and exhibits both at local and abroad with a focus on Post-Colonial/De-Colonial issues through visual art approaches and experimental films, one of which is the Bienal Baltic Laboratory and Vulnerability at the Rauma Art Museum in 2016, PCFS Post-Colonial Flagship Store at MuseumsQuartier Vienna in 2014, and the solo exhibition at CATM Chelsea, New York America entitled “The Poison of Our Sins” in 2011.

Tisna Sanjaya studied in Indonesia and Germany and deals in his artistic work with social, environmental and political issues. His work often takes place in public spaces and fosters public awareness for social unequality. In addition to his artistic works, Tisna teaches at ITB and regularly appears on the televison show Kabayan Nyintreuk. 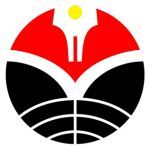 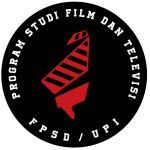