Action, comedy, animation, drama – expect this and more from the 2021 edition of the Short Shorts from Europe – a selection of European short films from the home countries of ten members of EUNIC Ireland (European Union National Institutes for Culture).
Let Austria, France, Germany, Greece, Ireland, Italy, Poland, Portugal, Spain, and the UK entertain you with a variety of genres from contemporary, cutting-edge filmmakers. Cork International Film Festival, the IFI, and Limerick School of Art and Design will also present short films from Ireland on the programme. The German contribution is the award-winning short film “Revolvo” by Francy Fabritz (2019).

© Film Still "The Chippie" Deon Williams is missing. His mates have their theories as to who might be responsible, always bringing it back to the figures of authority who make their lives difficult. But there is one suspect that stands out - the shady proprietor of the rundown chip shop. Deon’s brother, Junior, resolves to go in and find out the truth
Louis Norton Selzer is half-American, but a born-and-bred Londoner with a dark sense of humor and taste for the absurd. Since 2015 he has worked as a freelance director/editor with a focus on writing and directing narrative. His most recent film, “The Chippie”, was funded by the BFI Network short film fund in 2019.

© Film Still "Revolvo" Two women in a car: It seems like they are driving somewhere casually – maybe home or to a café? But more and more we get the feeling that they are on a mission. What’s their secret? “Revolvo” is the story of Anette and Carla who fight with courage and humor for more than just their own justice.
Francy Fabritz is a Berlin based director and cinematographer. During her studies in Hildesheim, San Francisco, and at the German Film & Television Academy Berlin she worked in the fields of theatre and documentary film, before focusing on fiction films.
Francy Fabritz was selected for the Berlinale Talents 2021 programme and is currently working on her graduation feature film screenplay.

© film still Djekabaara An improbable meeting between a Malian shepherd and a French consultant.
Enis Miliaro is a French-Malian director, scriptwriter, and short story writer. He has a sharp sense of humour and satirical manner which he has shown since the start of his career. He had a breakthrough with “Djekabaara” which gained a lot of notice at festivals, leading to great success. Strengthened by his experiences, Enis Miliaro has since made many engaging works, all while trying different formats.

(C) Film Still "Story" “Story” is a reflection about modern man in the age of omnipresent technology. Looking through stories - a popular function in many social media platforms - we see people who are lonely, lost or already indifferent to the reality surrounding them. Action takes place during the course of one day and it is told through short, often (auto)ironic scenes, where the virtual world sinks to reality.
Jola Bańkowska (1992) is a Polish director and animator living in London. She studied Graphic Design (Specialization of Animated Film) at the Academy of Fine Arts in Warsaw. Her debut film “Story” had its premiere at the 69th Berlinale and subsequently won awards in Jordan, France, Greece, and Poland and is currently screening at dozens of festivals around the world.

(C) Film Still "W" A teacher is set to do his daily routine classroom at the school he works, during one of the most difficult days to teach.
Stelios Koupetoris is a director, writer, sound designer and composer. Born in Greece in 1977, he studied Anthropology and has successfully moved to the film and music industry. Having worked in more than 80 films and TV shows, he has received many awards and nominations. In 2019 he finished his debut short film “W” as a director and writer. The film has been honoured with 20 awards and 12 nominations.

(C) Film Still "A Cat Called Jam" “A Cat called Jam” longs for the world to see him as he sees himself but it’s hard when his outside doesn’t match his inside. When he meets a group of mismatched dogs, he wants nothing more than to join their merry band. Can Jam help them see the dog inside and stay true to himself?
Lorraine Lordan is a veteran of the animation industry spanning many years and projects. She has worked on titles such as “The Secret of Kells”, “Puffin Rock” TV series and “The Breadwinner”. She is currently Assistant Director on “Puffin Rock The Movie”. “A Cat Called Jam” is her directorial debut.

(C) Film Still "Joseba Cruz" Joseba Cruz is a free soul. Through a road trip to the land of his childhood, Joseba unveils how and why he threw off the shackles of 3 stars restaurants to reinvent the concept of haute cuisine.
Aleix Vilardebó is a Spanish film director whose motto is “Motion is emotion”. A person capable of acutely risking everything for the shot - Aleix is like this, a versatile human being, who can’t be categorized: climber, filmmaker, alpinist, outdoors and human lover.

(C) Film Still "3X3" A night watchman spends the time in a basketball court throwing a ball into the basket. He has become an expert. His ego rises when he shows his abilities to a simple cleaning employee. In his office, the guard watches on the surveillance cameras the cleaning guy taking a break and trying to put the ball in the basket.
Nuno Rocha is a Portuguese director who was born in 1977 in Porto. Graduated in 2007 in Audiovisual Communication at the Instituto Politécnico do Porto. In 2008, he joined the advertising world. Currently he is working on a new short film and his first feature film.

(C) Film Stilll "Correre" It takes a steady hand to perform a well-done run. “Correre” (Italian for "to run") is not only an action but it’s also a word. Handwriting, letters, italics or capital letters are characteristic elements of the style of a run. No one is forced to have a good handwriting, but perhaps it’s the only way not to stumble on our own words.
Nicholas Bertini's (1987) work is characterized by a constant research into visual and audio-visual experimentation. Attention is aimed at discovering and deciphering the signs that determine the new visual alphabets through experimentation. Since 2014 he has produced animated and experimental films that determine the evolution of his research.

(C) Film Still "Apfelmus" While two birds talk about their existence, a small apple makes its way into the depths of a cave under watchful eyes.
Alexander Gratzer studied at the Institute for Visual and Applied Arts at the University for Applied Arts in Vienna (2012-2018; class of Henning Bohl). During this time he decided to concentrate on the creation and production of animated short films. His final year project “Apfelmus” has been screened at more than 150 international film festivals and received many awards. At present Alexander Gratzer is studying animation film at the Moholy-Nagy University of Art and Design in Budapest.


Vote for your favourite film
After the screenings, the public can vote for their favourite short by using their smartphone and click on the following link: cutt.ly/shortsvote

(C) Film Still "Handfasting" There is only one thing that stands between Niamh and her future happiness - a wedding superstition she has to cope with.
Magdalena Wodzisz is a film director, screenwriter, editor and co-founder of Magic Hour Films company based on the West Coast of Ireland. In 2011 she graduated from Warsaw Film School. Her debut short film “The Alchemist” was selected and rewarded by several national and international film festivals.

(C) Film Still "Ciall Cheannaigh" Ciall Cheannaigh (Irish for "shopping sense") captures the texture of 1960s suburban life in Dublin’s first out-of-town shopping centre. In cinema verité style the film records a day at Dunnes Stores, Cornelscourt, South County Dublin, from the arrival of early morning shoppers at dawn to the last departures at dusk. With a rousing score by traditional Irish musician Dónal Lunny.
The Guinness Film Society Film Group, a film-making offshoot of the Guinness Film Society (established in  the early 1950s to screen non-mainstream cinema to its members), was founded in February 1968. The group, which included Guinness employees and others, made four short documentaries between 1968 and 1971 for which they secured several awards. 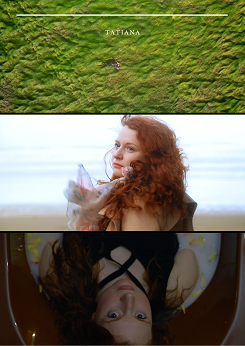 
Tatiana is a short documentary that talks about memories and how these memories are transformed into something concrete and creative. It is a story that tells the artistic life path of a Siberian photographer, Tatiana Evonuk, and her deep connection with art. The story is told from Tatiana’s point of view, who through her voice-over, accompanies throughout the documentary.
Marta di Giovanni is a third-year student from in Broadcast TV and Film Production. She takes inspiration from everyday life and from the people she meets, trying to identify with the stories of others. Mystery and dark atmospheres are the perfect combination that describes her main passions, especially playing with people's minds and perceptions, providing open endings where each viewer gives their own interpretation. 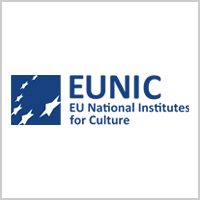