India’s ‘Dream Factory’
The sophisticated Side of Bollywood

Family Story: Mukti Bhavan portrays a conflict as well and the subsequent reconciliation between father and son. | © Venkiteswaran C.S.

Romance, dance, music - this is what Bollywood is known for. Yet, at the start of the new millennium, the subcontinent’s dream factory which had allegedly succumbed fully to mass production, witnessed rapid change: Bollywood reinvented itself with trends that continue to shape the mainstream today.

Bollywood films are virtually the epitome of what is fit for the masses. Yet for all who would like a little more thought or nuance, India’s ‘dream factory’ has highlights to offer: films that definitely have popular appeal despite - or precisely because of - the unusual approaches they adopt. How modern Bollywood is developing - a look into the future and current trends.

The pioneers of modern Bollywood

Two films can be described as the pioneers of ‘modern’ Bollywood – Satya (1998), made by Ram Gopal Varma, and Dil Chahta Hai (2001) by Farhan Akhtar. What is common to both films is their realism. In terms of plot, Satya, a gangster film set against the backdrop of the Mumbai mafia, may be anything but realistic, yet, in other ways, it is that much closer to reality. The film won accolades for speaking the rough language of the streets, and thus for breaking Bollywood’s alleged ‘laws’. The storyline in Dil Chahta Hai achieves something similar albeit via a completely different route. The plot, which centres on a fresh college graduate, was celebrated as an exceptionally realistic portrayal of the Indian millennial. Both films were hits with Indian audiences and were also templates for the next generation.

Consequently, a series of young filmmakers suddenly emerged on the scene. Unique talents such as Irrfan Khan, Nawazuddin Siddiqui, Rajkummar Rao, Manoj Bajpayee, Anurag Kashyap, Vishal Bhardwaj, Radhika Apte, Ayushmann Khurrana, Sriram Raghavan, Alia Bhatt, and Vicky Kaushal. The subjects they handled were not always revolutionary – they, too, made spectacles dealing with love and nostalgia – yet they also produced new and realistic stories that addressed terror and violence, family and social problems. Above all, the approach they adopted to take Indian film culture into the 21st century was a more individual approach than that of their predecessors. All of a sudden, storylines previously been considered indie were now Bollywood. 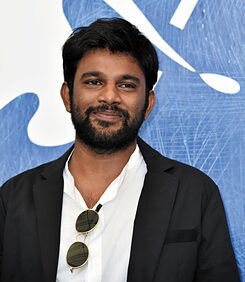 Sophisticated yet successful: Shubhashish Bhutiani belongs to a new generation of Indian filmmakers. | © Shubhashish Bhutiani Yet for all intents and purposes, the business environment before the start of the new millennium was unfavourable. India’s film industry was undergoing a transition. Public funding for films had disappeared in the wake of India’s economic liberalisation and obtaining funds from private companies was difficult. ‘With the gradual withdrawal of the state from the film industry in India, production in independent cinema initially collapsed in the 1990s due to a lack of capital,’ says the film critic Venkiteswaran C.S. ‘Because the sponsors who came in place of public donors – private TV channels and commercial enterprises – cared for little beyond financial gain. They always depended on success and promoted it accordingly. This was reflected primarily in the production of popular films or films with a star presence.’

In contrast, to be successful with niche products required much by way of personal engagement. ‘When making Mukti Bhavan, I had to hold my own against the fast and furious, so to speak’, recalls Shubhashish Bhutiani, whose 2016 film delighted millions in India and abroad.   ‘But I had virtually no financial support.’ What Bhutiani lacked in material terms, he compensated for with idealism. ‘I just knew I wanted to be a filmmaker. I wanted to make this film. I had a vision.’ However, what he also had were ‘good contacts and friends in the industry.’

Success at home and abroad

© Shubhashish Bhutiani
Death rituals in Varanasi: Indian as well as international audiences were enthralled by the film Mukti Bhavan.

Despite all the difficulties, the trend towards more specialised themes could no longer be halted. Which meant that audiences changed as well. All of a sudden, the West was taking notice of Bollywood. Some films played far longer in the West than in their home country – The Lunchbox by Ritesh Batra (2013) is particularly well-known.

But this is due only in part to domestic audiences. There was always an interest in India as well - if only among a small minority - for arthouse cinema. ‘When Indians watched my film, they were thrilled’, says Shubhashish Bhutiani. The problem: ‘Where were the masses to see it? We had by far nothing comparable to a culture of smaller cinemas, as there is in the West. In other words, cinemas that also show niche films.’

Until now. Venkiteswaran C.S. sees ‘a shift from the gigantic film palaces to small multiplex screens.’ The number of seats is declining, ticket prices are attractive. ‘Current arthouse films that make it to film festivals are watched both by Indian and by international audiences. I believe the new challenge lies in establishing contact with the audience interested in serious cinema.’ The emergence of new channels that allow for a sophisticated film culture, in financial terms as well, is an important aspect here, he says.

New subjects from the city and from the village 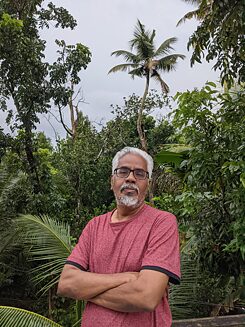 Venkiteswaran C.S. is a film critic, documentary filmmaker and author | © Venkiteswaran C.S. The subjects addressed by young Indian cinema are becoming increasingly diverse. They range from everyday life in small rural towns to a life lived close to the subways and to the situation of middle-class mavericks in the big cities. ‘Innumerable stories, which lie outside the cities, but which also portray the lives of the educated urban upper and middle class, have yet to be narrated in full,’ says Venkiteswaran C.S. ‘Serious young filmmakers now have to find forms and narrative styles that relate to people’s lives, cultures, stories, and artistic traditions – while also being thematically contemporary and aesthetically global. An important development concerns the different regions in India: several filmmakers are now producing in local languages such as Bhojpuri, Marathi, Kannada, Tamil, Malayalam, or Assamese.

The trend towards more serious films is also being driven by the pandemic. Production in Bollywood came to a virtual standstill. But for independent cinema, the public focus on streaming platforms like Netflix or Viu, offered a tremendous opportunity: ‘New online services are more receptive to thematic diversity and experiments, they open up opportunities for productions outside the mainstream,’ says Venkiteswaran C.S. He hopes that the platforms will continue to be there in the future and will offer filmmakers outside the mass productions a viable revenue model. ‘Unless they are throttled and silenced by the inhuman algorithms of global audience numbers and the short-sightedness of the entertainment industry.’

Oliver Schulz studied Indology, Tibetology, and Sociology in Hamburg. For 20 years he has been working as a freelance journalist and author with a focus on South and Central Asia. His articles have appeared in German magazines and newspapers. He has also contributed to radio programmes and has published works of non-fiction.