Protecting tenants
Ideas from Berlin to rein in skyrocketing rents

Renovated historical building in a good neighbourhood: this dream flat is out of reach of many these days. | Photo (detail): Adobe

It is almost impossible to find an affordable flat in many parts of Germany’s capital today. This may soon change though, now that the rent cap law went into force in Berlin in March 2020. It freezes existing rents for a period of five years. But it is not the only means of protecting Berlin’s tenants.

Two rooms, 550 euros including utilities, 1,749 people interested: It has long been quite normal to see people queuing down the street to view a flat in Berlin. But the stampede of potential tenants interested in a Schöneberg flat in November 2019 revealed just how tense the housing market has truly become. For about ten years now, rents in this former hub of cheap flats have been on the rise. In popular locations such as Mitte or Kreuzberg, even people who earn an average income have a hard time finding an affordable place to live.

Measures such as the 2013 ban on altering intended use – which prohibits subletting a flat for more than 90 days per year via Airbnb, for example – and the rent control law of 2015 have had little effect so far. And so the red-red-green senate decided to take a more drastic step. Since March 2020, the rent cap law has been in force in Berlin, which freezes existing rents in the capital for five years. Rent increases are prohibited during this period and rents that are set too high must be adjusted downwards. Landlords may charge a maximum of eight euros per square meter and only new buildings built after 2014 are exempt. 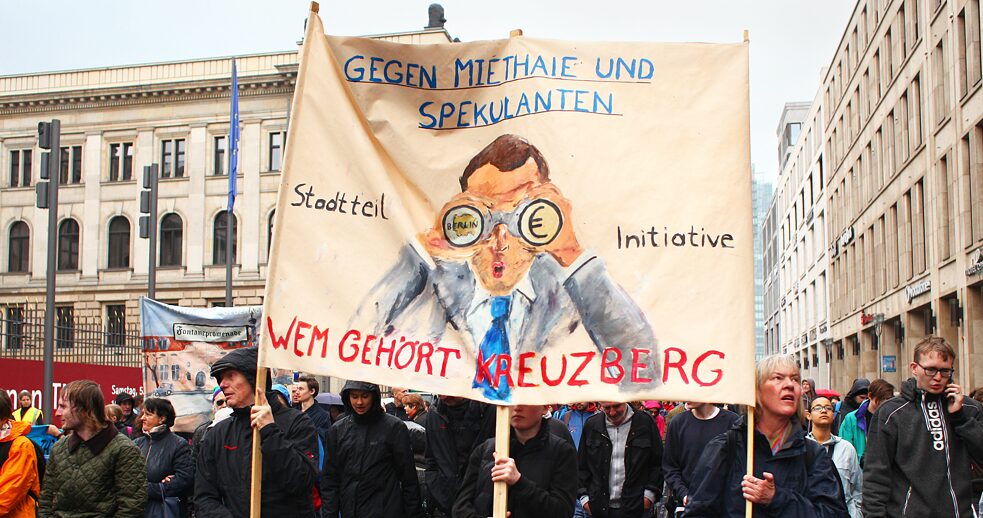 The new law had a very fast initial impact. Shortly before the rent cap law came into force, 95 percent of the rental apartments on offer in Berlin were priced above the maximum permissible rent in February 2020. As early as the first few days of March, a number of landlords reduced their monthly charges. Overall, the majority of Germans seems to have welcomed the measure. According to an ARD-Deutschlandtrend poll, 71 percent of the population rate the Berlin rent cap as a good step. Berlin’s governing mayor Michael Müller (SPD) feels it could serve as a model for other cities – but no concrete plans have been announced elsewhere yet.

Criticism of the rent cap law comes primarily from opposing political parties and the real estate industry. Critics claim it could cause investors to withdraw from building projects in the capital, raising fears the urgently needed construction of new flats could come to a standstill. When asked for comment, Sebastian Czaja, FDP faction leader in Berlin’s House of Representatives, explained that law was unsettling tenants, landlords and the construction industry. He also expressed doubt that it would have the intended effect: “Even if rents are capped, the desirable inner-city flat will ultimately go to the highest bidder.” If you really want to help tenants, he says, you have to find a way to relax the market. “The only way to do that is to increase supply. So build, build, build.” The CDU and FDP factions in the House of Representatives announced that they plan to take the rent cap law to the Federal Constitutional Court for review.

Critics on the other side claim the senate’s new law does not go far enough: “Rent regulation à la rent cap may stop unnecessary rent increases, which helps a lot of people. At the same time, however, new loopholes are being created that will allow people to take advantage of the continuing housing shortage,” Florian Schmidt (Green Party) and Councillor for Construction in Berlin’s Friedrichshain-Kreuzberg district, explains.

Schmidt’s district is probably the most determined and sometimes also the most unorthodox in the fight for tenant protection – since long before the rent cap law was a point of discussion. The green-red-red district government is constantly expanding the community preservation areas, also known as milieu protection areas. These measures are intended to preserve and perpetuate the coexistence of different cultures and social classes. Upgrades on flats that would result in a rent increase (such as the installation of heated floors) are subject to approval, as is the conversion of rented flats into condominiums. Schmidt currently sees conversions as the biggest problem: “Personal use is the most frequent reason cited for lease terminations. But many people are also forced out of their homes by landlords taking advantage of existing laws and through harassment.”

The construction councillor rose to national fame when he prevented the sale of numerous buildings in milieu protection areas by exercising the right of first refusal. This allows Berlin districts to intervene if the new owners insist on carrying out luxury renovations that would drive up rents, or conversions into condominiums. The property in question then usually goes to a state-owned housing association and is no longer sold at speculative prices. 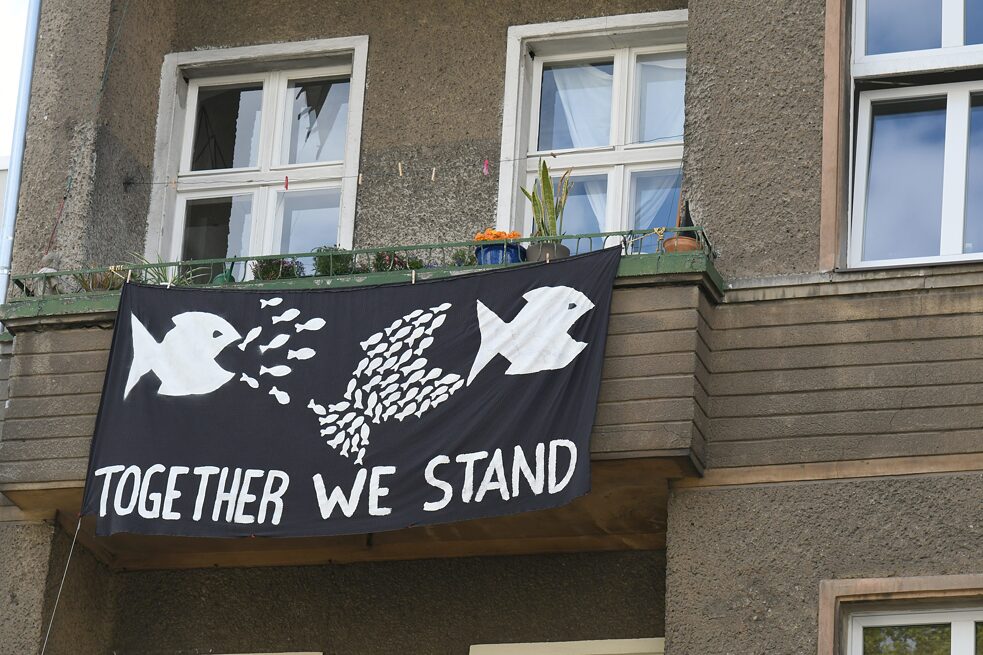 Compulsory purchasing as a weapon against real estate companies

The government is not the only entity determined to protect Berlin’s tenants either. In April 2019, around 40,000 people demonstrated in the capital against rising rents and speculation with housing, including a whole range of organisations and initiatives.

The “Deutsche Wohnen und Co. enteignen” initiative (Expropriate German Housing and Co.), for example, calls for the socialization of around 240,000 apartments from real estate companies, by expropriation if necessary. It has started a petition demanding a referendum and already submitted 77,000 signatures to the senate in June 2019. Numerous other initiatives such as “Bizim Kiez” (Our Neighbourhood), “Kotti&Co” and “Ora Nostra” will step in to help tenants forced out of their flats or when buildings are slated for sale to investors who potentially intend to turn them into luxury flats. The initiatives have an extensive network, including to local politicians, and often they succeed in exerting sufficient pressure to prevent sales and displacement.