Statements on India’s Supreme Court strucking down Paragraph 377
"The struggle really has begun!"

India’s Supreme Court struck down Paragraph 377, which had its origins in the British colonial period and criminalized “sexual intercourse against the nature’s order,” in a groundbreaking verdict. What does that decision mean? What will change? What are the challenges now? These are the questions that have been mulled over by Novelist and Commentator, Sandip Roy, Joshua Muyiwa, Co-organiser of The Bangalore Queer Film Festival, Bishan Samaddar, Editor at Seagull Books and the Queer feminist activist Minakshi Sanyal. 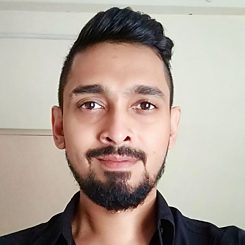 Foto: Bishan Samaddar Bishan Samaddar
Editor at Seagull Books, Calcutta. He is also responsible for building Seagull's Pride List, a collection of LGBTQ-centred books that will debut in late 2019.

It simply means that homosexual activity is no longer criminal. This is a legal victory for sure, but the primary impact, I think, will be on the minds of gay people, who will be able to feel equal to heterosexual people and more confident about who they are.

The law that criminalized homosexual activity was used by police to mostly harass and coerce gay people. I believe that will not be case any more. Gay people will not feel that they are at the mercy of authorities and have to hide their identity. However, social stigma will remain for years to come. So although some gay people will feel more confident and less threatened, self-hate and shame among them is so ingrained that it will take generations for them to feel truly liberated. But being declared non-criminal is an essential step forward towards that.

Social stigma attached to homosexuality remains. The challenge is to rid society of that.  This is an uphill task, and people even in developed societies across the world are still fighting for this cause. On the legal front, the first step would be to make discrimination based on sexual orientation illegal. This will lead to greater equality in the work place, for instance. Further on, I think one has to fight to have homosexual relationships, that is, domestic relationships, recognized by courts. Such a move will be able to address issues of inheritance, insurance, adoption and so on. So, the struggle really has begun! 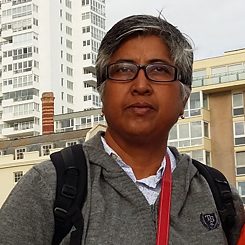 Struck down (partially) of IPC 377 means ‘Homosexuals are no more criminals’, though IPC 377 was applicable to everyone who practiced unnatural sex (read procreative sex)

LGBTIQ+ community people will leave guilt free life.
Government would be now compelled to take affirmative stand on issues pertaining to ‘sexual minorities’ at the international forum (such as UN).

This historic judgement of Supreme Court is a stepping stone. However, a bigger challenge still remains to be achieved that is civil rights including Partnership rights, Adoption rights, Right for property, Inheritance etc. The definition of ‘Family’ now has to be redefined. Towards achieving these rights, we have to engage ourselves in different intersectional movements. Social reformation is not so easy. This will be more challenging. We have to exchange dialogues with every sphere of society so that every individual can exercise freedom of choice and does not face oppression /discrimination due to his/her/their sexual orientation.

This verdict is a stepping-stone for the different struggles of equality, justice and freedom in India. We look forward to the more challenging task of social reformation with legal and constitutional affirmation. 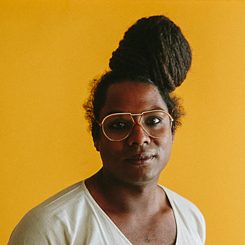 “The positive verdict of the Supreme Court in the case of Navtej Singh Johar & Ors. versus Union of India thr. Secretary Ministry of Law and Justice that decriminalises all consensual sex between consenting adults could be seen as the first major step in catalysing a change in society. Though, a whole lot more work needs to be done in making the LGBTQ+ community in India feel safer and less insecure of their choices on an everyday basis. Hopefully, the change in this law, will allow the LGBTQ+ community to come out from the woodwork and bask in the light, which might also mean doing the hard work of building stronger community ties. That's the one hope I have from the change in the law, that there will be less shame in the LGBTQ+ community.” 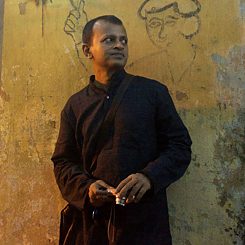 The decision simply means that an anachronistic Victorian law is finally off our backs. The government can no longer criminalize sex between two consenting adults of the same sex as something against the order of nature. As long as the law remained on the books, whether it was stringently applied or not, it was a roadblock to the fight for equality. But it stressed a larger point. As the judges reminded us majoritarian views and popular majority cannot dictate constitutional rights, and a minority, however minuscule remains entitled to those rights just like anyone else.

LGBT life and love has never waited on the law to catch up with it. It exists despite laws that criminalize it. India already has a plethora of LGBT Pride marches and film festivals. Some will argue that Section 377, not frequently enforced in India, was not very relevant to daily lives of queer Indians anyway. But what is important is the threat of the law is gone. Thus the potential for blackmail and extortion is immediately reduced. Let's not forget that once a jail superintendent disallowed HIV/AIDS activists from distributing condoms in jail because that would mean condoning acts criminalized under 377. Also it removes the excuse corporations might have employed to not include sexual orientation under non-discrimination and HR policies. Thus this was a first and necessary step.

Laws can change on books. But reality has to change on the ground. The reading down of Section 377 does not mean the end of stigma. It's merely one step forward in that fight. The court decision will not mean that the effeminate boy will no longer be bullied in a schoolyard. But the question now will be what the school does about it. While some immediately jump ahead to wonder if the next step would be same-sex marriage, that's jumping the gun. There are many other fights ahead from adoption rights to insurance benefits to inheritance to non-discrimination. The government has already signalled that it wants the ambit of the court's decision to be tightly restricted to sexual acts between consenting adults and nothing more. But LGBT lives are not confined to the bedroom. And those fights will have to be fought.