Social media is the window into people’s lives that’s constantly left ajar. This modern type of closeness was captured not only in film scripts at the Berlinale, but artists used it as a medium to tell tales of today.

I felt so engaged and connected with Riz Ahmed’s character Zaheer in Mogul Mowgli, and I think it’s because filmmaker Bassam Tariq together with Ahmed made a point of telling the story from his perspective, through his own literal lense. Zaheer was capturing his own life, as many celebrities do, with the front camera of his phone. Seeing the portrait, slightly blurry footage on a big cinema screen felt more intuitive and real than the more classic cinematic mediums.

Mignonnes: A Perfect Image of a prepubescent Child of Immigrants

The French feature film Mignonnes, from the festival’s youth-focused Generation strand, blew me away. French Senegalese director Maïmouna Doucouré painted a perfect picture of prepubescent life as a child of immigrants in the West. My inner 11-year-old felt exposed as I watched the insecurities, need for approval, and war between tradition and modernity, played out on screen. I grew up without the woes of social media, so the story told by Doucouré took those struggles one step further, centering the young girls’ desires, womanhood, acceptance, and status, within Instagram and Youtube.

The young girl in the film, Amy, comes from a traditional Senegalese family, but longs to be accepted by the popular girls at school. The traditional values she was taught slowly flicker like a loose lightbulb as she seeks out her own journey to become a woman. After stealing a phone from a family friend, Amy spends her days on Youtube religiously mimicking hyper-sexualised videos of women dancing to Reggaeton, in an attempt to be accepted into the popular girls’ dance troop.

A Dark Reflection: Pouting for Likes 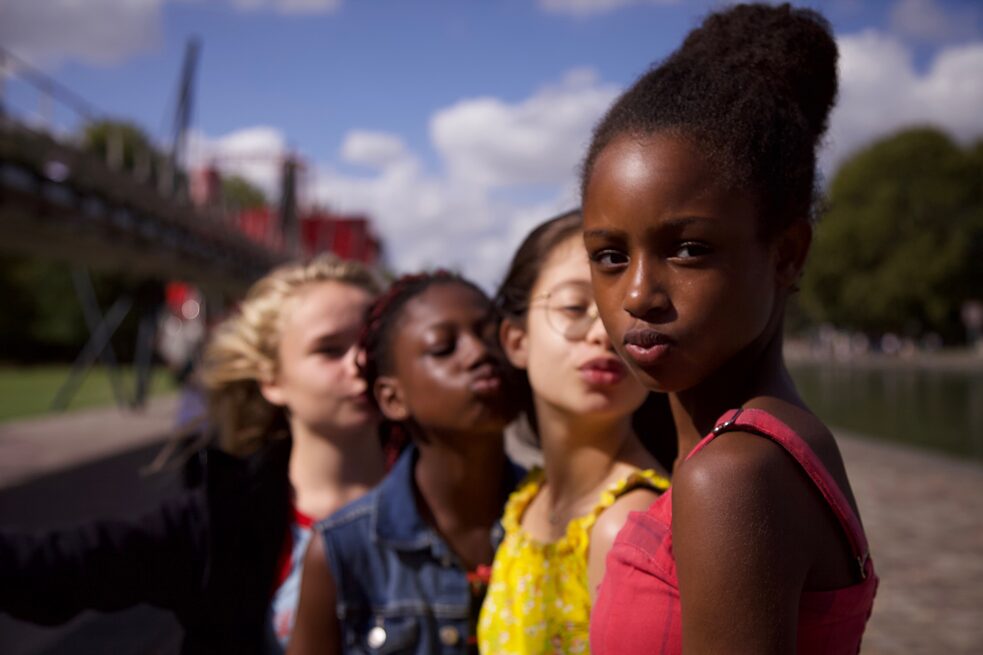 The audience and I laughed as we saw young Amy pouting and editing her photos with filters before posting them on Instagram, but it is a candid and dark reflection of reality. Through social media, Amy felt inclined to experiment with ideas of mainstream womanhood by wearing make-up and getting likes on her photos.

Amy’s desire for attention through social media comes to a head when she posts a nude photo and receives the wrong attention, and we feel every emotion she has on a deep level. The ability of filmmakers to harness social media as an artform at the Berlinale was key in highlighting its power and danger.