Remembrance culture among young people
Collective memory of the pandemic

“What will happen to the generation whose desire for freedom is considered a crime?” | Illustration (detail): © Beatrice Davies

Today, children and adolescents are growing up in the midst of restrictions on physical contact and bans on recreational activities. What will they remember once it’s all over? How will their experiences shape the collective memory? In her comic, the illustrator Beatrice Davies looks for answers.

For 18 months or so, children and young people in Germany have only been able to meet certain friends and peers, have had lessons at home, occasionally in school for a change, sometimes wearing a mask in the classroom and sometimes not – the rules are always changing. They are not even standardised across the 16 federal states, rules and regulations vary from district to district. Who still understands?

Travel plans, concerts, events continue to be cancelled, and the hidden danger of getting infected and infecting others persists.  What do these experiences do to children and young people, to their daily routine, and how will their experiences shape the collective memory? The illustrator Beatrice Davies goes in search of answers. 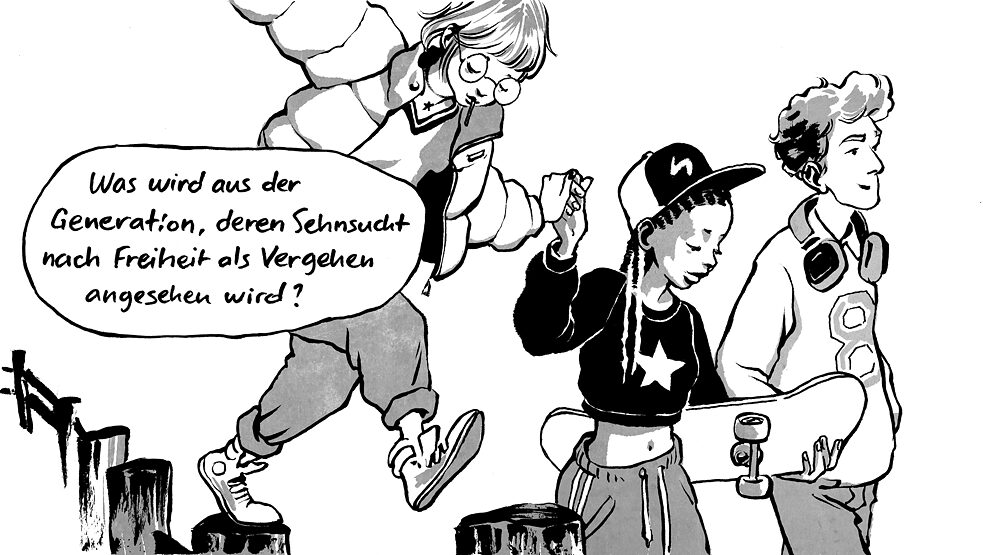 “What will happen to the generation whose desire for freedom is considered a crime?” | Illustration: © Beatrice Davies
Life before the pandemic… 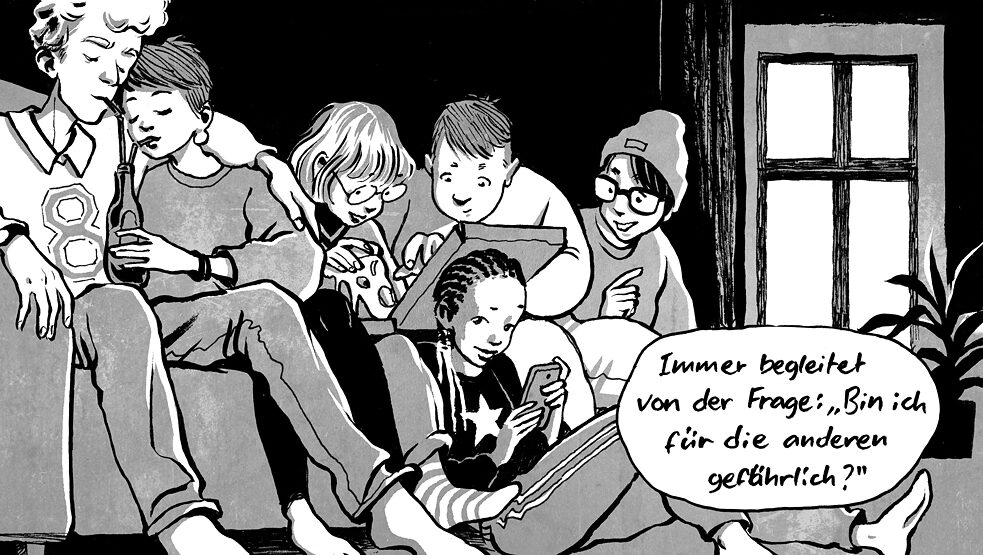 “Always accompanied by the question: Am I a risk to the others?” | Illustration: © Beatrice Davies
...suddenly confronted with bans and social distancing. 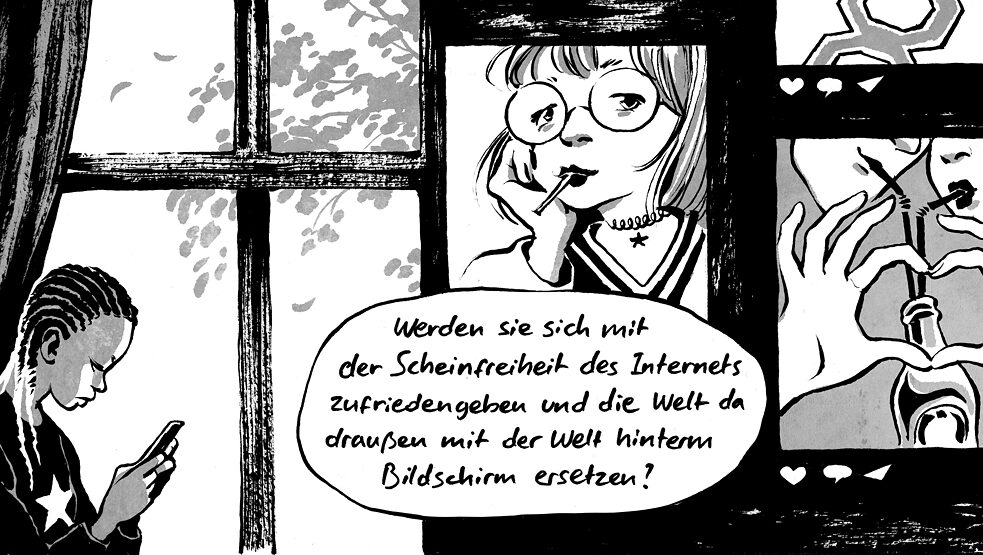 “Will they be content with the fake freedom of the internet and substitute the outside world with a world behind the screen?” | Illustration: © Beatrice Davies
The new reality has shifted online. 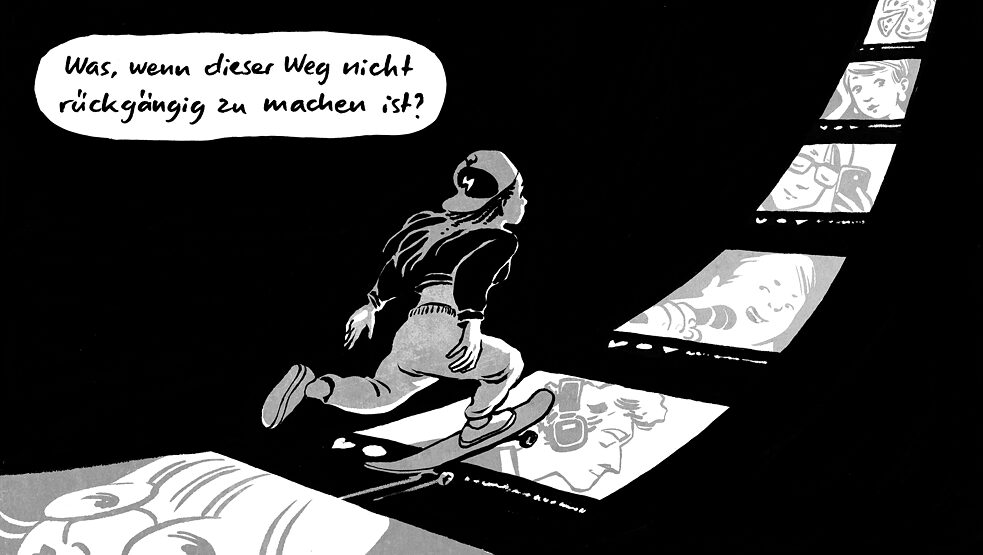 “What if this path is not reversible?” | Illustration: © Beatrice Davies
This is where you can now meet your peers without any worries and can move seamlessly from chat to chat. 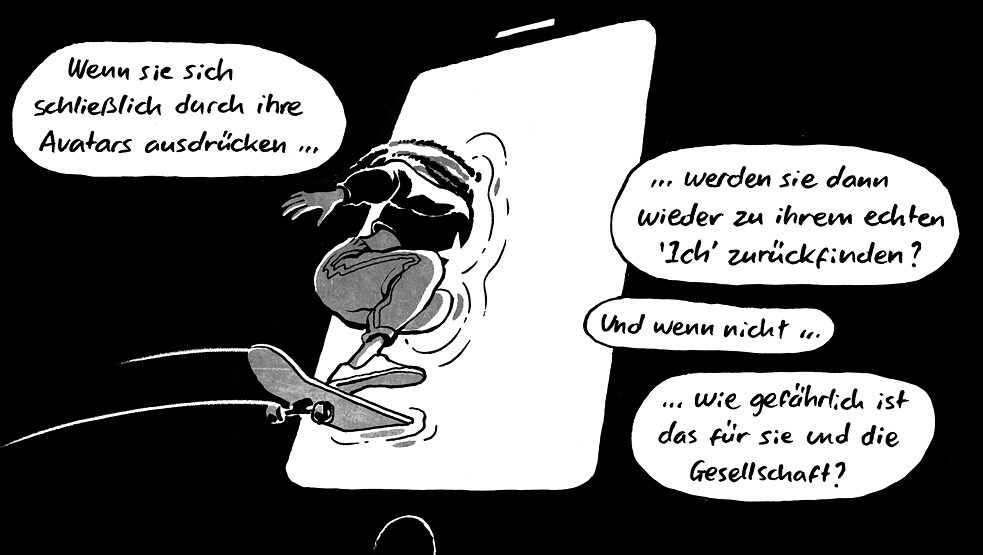 “If they end up expressing themselves through their avatars … does that mean they’ll find their way back to their true selves? And if not … how dangerous is that for them and for society?” | Illustration: © Beatrice Davies

Will young people ever meet in the “real world again”?

Born in 1990 in Italy, Beatrice Davies is an illustrator and comic artist based in Berlin, Germany. Having obtained a scholarship from the School of Visual Arts New York in 2010, she began her studies in illustration. In 2015 she started studying visual communication at Weißensee Academy of Art Berlin. In 2016 she was awarded a ComicInvasionBerlin grant, which kickstarted a collaboration with the homeless newspaper strassen|feger. Her first graphic novel, Der König der Vagabunden – Gregor Gog und seine Bruderschaft, published in 2019 by avant-verlag, was shortlisted for the Leibinger Comic Prize 2019. Her second comic book, A Child's Journey, was published in spring 2020 by JaJa Verlag.