If we vanish
curated by Nikhil Nagaraj & Felix Deufel

Nikhil Nagaraj (Bangalore, India) and Felix Deufel (Leipzig, Germany), two sound artists and sound engineers have been collaborating since 2017 in the field of 3D audio research and production. Both share a strong fascination for the human aural perception, the hearing. Their concepts and works intersect design, technology, science and philosophy. Experiments with spatial sound in pitch-dark rooms, fading out visual stimulus completely gave the artists crucial, hallucinating experiences. In their works they explore the influence of sound and music on emotions and pictures, the narrative and memory power of sound and its enormous impact on perception of space.

If we Vanish is an immersive audio-visual and contemporary dance performance presenting an artistic study about some of the most quiet and secluded places in the world. The project was initiated by Nikhil and Felix following a series of audio field recordings of these isolated spots. The two, along with a solo performer, explore the aesthetic representation of these endangered soundscapes and further scout its potential of mutations, which can be caused by the impact and presence of mankind. In the performance this second layer of transforming the space and its characterisation is derived by tracking the body and gestures of the dancer. It can be seen as the interactive variable, which interpolates in a purely natural dataset, and which of course will appear in several states of awareness. A three-dimensional interstice created by spatial sound arrangements and a depth-generating projection mapping surrounds the audience and will aurally and visually transport them into a tropical jungle, the middle of a desert or into the dark of one of the deepest caves in the world. This performance, presented in a 3D audio format, showcases the most pristine, untouched ecologically diverse environments, which have been excluded from human interactions for thousands of years but are now in danger of becoming non-existent. 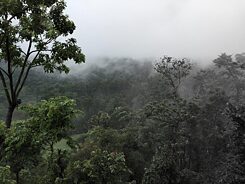 © If we vanish If we Vanish is a revelation of acoustic and visual harmonies,  the innocent but significant patterns and natural rhythms of the blue planet. A dancer performs inside an audio-video-light reactive environment. The use of body in electronic music and the transformation of additional content through gestures are key features of this piece, which aim at empowering the performer and the interaction with the audience. The artists will be improvising along the natural rhythms and structures arising from the datasets and field recordings, while also responding to the dancer’s spontaneous decisions through a human-computer-interface. This practice also leads to questioning the borders between notated or pre-arranged music and improvised music. Maybe in the same way the cacophony of the forest could be understood as highly structured improvisations, but its reactions to changing conditions.

Nikhil and Felix first met in 2017 at the first workshop for 3D Audio of the new 3D Soundlab Bangalore, which Felix opened as his bangaloREsidency project in collaboration with the Indian Sonic Research Institute. In 2018, Nikhil travelled to Leipzig as bangaloREsident-Expanded@Wisp Kollektiv, where the two collaborated on further projects. They share a strong fascination for untouched natural sound-scapes and field recording techniques to preserve these places and bring them elsewhere. 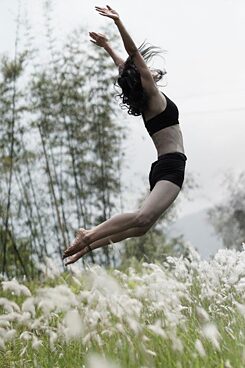 © If we vanish Nikhil also brings his long-term collaborator Ronita Mookerji, as the performer of the piece. Ronita has worked with Theater Bremen for over 6 months and later 2 months as a Guest Performer from the Goethe-Institut / Max Mueller Bhavan Bangalore for the production Belleville choreographed by Samir Akika (France), with over 22 performances with the ensemble.

Aruna Ganesh, a theatre director from Bangalore and bangaloREsident-Expanded@Wisp Kollektiv 2019 collaborated with Felix for her residency project at Wisp, a Blindfolded Gender Experience, using 3D Audio Technology and field recordings. Ganesh will propel the dramaturgy of the narrative.

The other collaborator in the production is Tobias Feldmeier from APNOA (visual artist). Feldmeier participated in several exhibitions and live performance events over the last years - e.g., LPM (Rome), Algorave Tour (Japan), Patchlab (Krakow) and Ars Electronica (Linz). Feldmeier will create the stage design and visual content by analysing the data gathered during research expeditions, while also developing the tracking and interactive system of the performer’s gestures and presence in the environment. The visual studies are focusing on finding the characteristic peaks and even more the recurrent structures within these unspoilt, natural soundscapes and noise patterns, which actually have a constantly changing and unique score.

The team of If we Vaish is keen on sonifying and visualising data in real time to show spectrographs and other site-specific information responding to the audio inputs.

''We are living in a visually-dominated society, where sound, hearing and their impact is underestimated. Sonic-led performances  perhaps reduce the audience to hearing only and thereby intensifies this sense in a situation.

© If we vanish Pure listening can cause crucial and intense experiences. These pure listening experiences are also used in the medical context for therapy, like for Alzheimer’s, burn out or stress overload. We want to offer the opportunity to experience the positive influence of naturally quiet places on health and well-being via natural and spatial perception through our composition and performances and want to create awareness of the importance of auditory perception and the influence of its disturbance on the health of humans and the environment. Preference will be given to women and LGBT with equal qualification when recruiting the production team (photographers, project managers, performers). The subject of noise pollution, endangered soundscapes and its influence on society and environment targets all genders. By inviting school classes for meditations, we will support access to the subject for children."

© Nikhil Nagaraj Nikhil Nagaraj is a sound designer, engineer and musician. His interest explores the amalgamation between electronic and acoustic music, combining traditional Indian music styles with contemporary classical and electronic concepts in his compositions and transformations with spatial sound to create surrealistic experiences through the use of sensors and 3D soundscapes. Nikhil is a founding member of 12 Hz Sound Laboratories, a centre for research and technology for immersive media in Bangalore, India. His current projects include developing technical solutions for streaming immersive audio and recording high quality audio in ecologically sensitive areas for research and preservation. 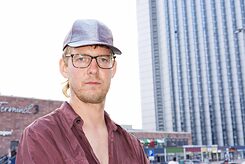 © Felix Deufel Felix Deufel is a sound designer and audio engineer specialised in 3D Audio applications and productions. His passion is recording, composing and designing unique sounds and music for spatialized scenarios. He plans and operates 3D sound systems for live concerts and venues. Deufel is the founder of Not a Number GmbH. His current project is a software development in the field of 3D audio and the development of ZiMMT (Zentrum für immersive Medienkunst, Musik und Technologie) in Leipzig.
Grants: EXIST Gründerstipedium, SAB Innovationsgründerstipendium, Sächsischer Staatspreis für Sounddesign 2018
Artist Residencies among others: Yogyakarta, Bangalore, Athens

This project has been developed with the support of the International Coproduction Fund (Internationaler Koproduktionsfonds) of the Goethe-Institut and Goethe-Institut / Max Mueller Bhavan Bangalore. If We Vanish premiered on November 13, 2021 in Leipzig, Germany.