Since the launch phase of bangaloREsidency-Expanded in 2017, six young, emerging Indian artists are back from an enriching experience in Germany. They were artists-in-residence at four different art spaces, as part of our bangaloREsidency Expanded initiative. Find out more about their experiences and projects in Germany. 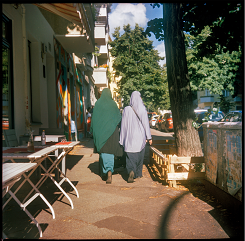 © Anjali Gopan For the first couple of weeks, I felt Berlin was an island. I couldn’t find its roots or an anchor; it felt like a floating city, content on its own, shaping the people in it, and in a way, being shaped by it. I was constantly staring, and being stared at. I was thrown completely out of my comfort zone. My project was exploring my own identity through the identity of Berlin, as it is today and the people in it. The little world, called Berlin."
- Anjali Gopan 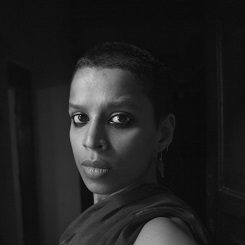 © Anjali Gopan Anjali Gopan is a graduate in Photography Design from the National Institute of Design, and has been practicing photography for the past five years. She has deep interest in exploring identities and is constantly looking for ways to explore humanity and human identity through photography. 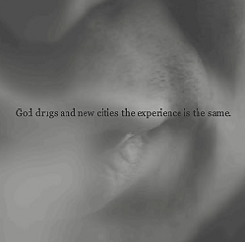 © Indu Antony Indu Antony
bangaloREsidentExpanded@ZK/U
Indu's project in Berlin was to incorporate and engage with the people of Berlin while sharing their memories. Also, her journey was about indulging in the city as a whole and taking in as much as possible during this period of brief freedom. 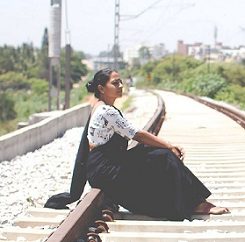 © Indu Antony Indu Antony is a visual artist whose current interest lies in the politics of the 'one'. She has been working with Carl Jung's theory of personal unconscious memories and how this can be intertwined with a public language. 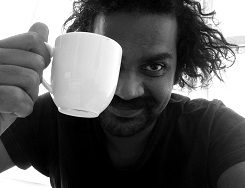 "In Dresden I’m 7,322 km away from my hometown Mavelikara/India in this ever-rolling planet earth. As an artist-in-residence in Zentralwerk, I get more peace both from the deep old historical buildings and the unexpected laughing talk of children in the yard."
- Kunhikuttan Narayanan

"It was a great pleasure having Kunjikuttan Narayanan as our guest in Zentralwerk, Dresden. In exchange with musicians, performers and visual artists at our terrain, he was a very interested and interesting partner for cooperation and conversations. In the exhibition “Wuthering Shanthi” in our exhibition room “Kabinett”, many visitors could obtain a profound insight in his way of working. Above that, Kunjikuttan could get an overview of the cultural happenings in Zentralwerk by attending the yearly happening festival “Sichtbetonung” or other events. The sound of his flute have casted a spell on many and are already missed!"
(Anja Kempe, Zentralwerk Dresden)

© Sandeep T.K. I often find myself lost in a crowd, shy, introverted and envious of people who can strike up a conversation with strangers. I would believe that the world belongs to them. I often would stand in the corner and observe this hectic social space.The urban space changed me, it challenged me to communicate and connect with a new world of artists and art spaces. I had to move out of my comfort zone and be open to strangers who became acquaintances, friends or lovers. The opportunity to travel on a residency project to Germany changed my notion about the world and the human relationships. It changed my perception about relationships, family and being single."
- Sandeep T.K. 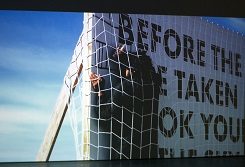 During his residency at WhiteBOX, Munich, Sridhar Gangolli created a performance that tried to express the greediness of consuming more than necessary or required. 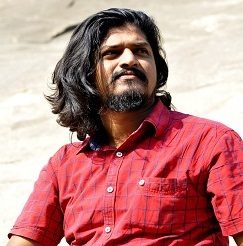 © Sridhar Gangolli From early childhood days, his interest towards drawing and painting led visual artist Sridhar Gangolli to go through traditional sculpture, followed by British academic studies and history of art and theories. He became active in performance / live art as he realised that the medium of painting was not enough to express his thoughts and concerns on issues like the existing social system, inequality and present living conditions. Since 2012 Gangolli has created various performances in public space, as well as installations and exhibitions in Bangalore and Delhi. His works were among others, part of the Kochi-Muziris Students'  Biennale 2014/2015 and the Kolkata International Performance Festival 2013. 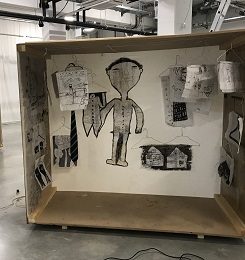 © Suresh Kumar Bangalore artist Suresh Kumar, along with Sridhar Gangolli, was artist-in-residence at whiteBOX.  Both their works deal with the issue of public space. Their artistic output is characterised by a performative approach that often culminates in collaborative and self-organised projects. 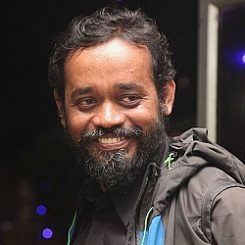 © Suresh Kumar Born in 1973, Suresh Kumar studied art at the College of Fine Arts in Bangalore (1997) and sculpture at the College of Art in New Delhi (2000). Since 2002, Kumar has become increasingly involved in performance art, curatorial work and teaching activities in Bangalore, becoming ever more dedicated to his new-found role as an activist in the city's local art scene. He has primarily committed his talent to public and collective art projects and initiatives. He himself describes his artistic approach as interdisciplinary and experimental. As an artist, he continually questions and challenges the existing structures and mechanisms of the production and reception of art, searching for new avenues beyond the diktats of market orientation.


"Sridhar Gangolli and Suresh Kumar were our first international residents at the whiteBOX - newly founded in May 2016. They stayed for two months in our guest studio -  being a wonderful enrichment for our studio house and art project - filling the house with life, inspiring discussions and encounters - and with the cents of Indian food. We are very proud to have been a partner in the project „Double Road“ and hope to continue the collaboration with the bangaloREsidency in the future.“"