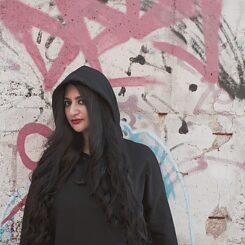 With a majority of her childhood spent in Saudi Arabia and being an ardent student of Kabbalistic philosophy, she finds the notions of conformity, belonging and identity very archaic ideas in the context of planetary futurism.

Her interest as a new media artist is to converge all the skills and knowledge she has collected on her Earth journey and relay them into artistic experiences that lie at the intersection of science and technology.

In 2019 she was curated under the V I S I B I L I T Y banner in the premier electronic music exhibition - Expo Electro - at the Philharmonie de Paris, showcased alongside visual works of legendary electronic musicians like Daft Punk and Kraftwerk. Her audio-visual work titled ‘SATYRNUS - The Wise Prince’ can be found archived in the Sound and Moving Image catalogue at the British Library, U.K.

As an artist, she believes that audio-visual art is one of the most powerful mediums of our time and that all artists share the responsibility of creating work that transforms the experience of the viewer by offering hope, inspiration and a means toward evolution.

While at C. Rockefeller Center for Contemporary Arts, Dresden, Afra will work on The RetroReceiver.

Have you ever experienced a premonition?
A gut feeling?
A foretelling dream?
What is its basis?
In technical speak, it is your future communicating with your present.
But, what if your future can communicate with your past?

While the idea that something can be present in two places at the same time might be absurd to many of us, this happens all the time in the quantum world. The RetroReceiver art project plays on the very nature of Quantum Mechanics - weird and wonderful!

This residency is in partnership with the City of Dresden.

Afra Khan@C. Rockefeller Center for Contemporary Arts (Sept.-Nov. 2021)
Ideated as a part physical video installation + part digital interpretation of the Tachyonic Antitelephone, the The RetroReceiver art experience plays on the premise of allowing the experiencer to send messages back in time to influence the future when Quantum Internet has become a fully actualised digital reality. 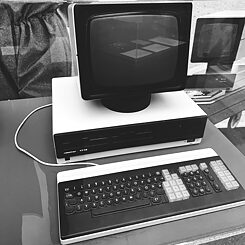 © Afra Khan It is based on the thought experiment proposed by Albert Einstein that when signals are sent at a speed that is Faster Than Light, it can create a paradox of causality. It became interesting to think about how this postulation can play out especially in the context of Quantum Internet (QI).

The RetroReceiver project* was conceived to prompt a conversation about Quantum Internet and the possibilities of QI, to invoke a self-questioning response / dialogue about privacy and de/encryption of personal data, the impact of QI on current  encryption algorithms, Internet Freedom(s) and cultural responsibility in technology.

(*The RetroReceiver project was developed as part of the bangaloREsidency-Expanded@C. Rockefeller Center, Dresden.) 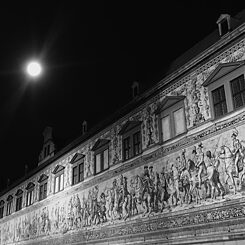 © Afra Khan So when the opportunity arose with Goethe-Institut / Max Mueller Bhavan Bangalore, being a massive architecture and culture aficionado, and with a place like Dresden lying at the epicentre of rich world history, we knew it would make for a remarkable location to shoot some interesting visual footage.

Dresden certainly exceeded all expectations. In a sense, it felt like a homecoming of sorts. It truly is one of the finest modern cities and certainly one of my favourites in Germany. A beautiful blend of the ‘reconstructed’ old and new, it turned out to be exactly what the project needed to juxtapose visions of the past and future together.

The subject of the project was inspired largely by Jacob Appelbaum’s activism in privacy, surveillance and cryptography whose work led me to the notoriously cool Chaos Computer Club (CCC), who I was delighted to know were providing technical support for the art project. This was a dream come true for someone who’d been following their work for over a decade! It formed the most perfect partnership to educate myself deeper about encryption technology and formulate more ways to incorporate the subject of data privacy through art / cultural dialogue. Massive thanks to Johannes Lötzsch from CCC who shared his knowledge and expertise on the subject of data encryption. Discussions at the headquarters started with technology and ended in mythology and i’m very grateful for the friendships I have come to develop with these admirable and brilliant individuals. 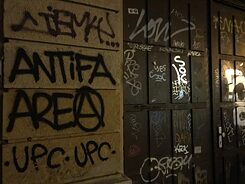 © Afra Khan Andreas Ullrich from the C. Rockefeller Center (c.rockefellergroup) provided the most ideal environment for me to inquire into my influences and encouraged me to expand my inspirations in different places to help flourish the project in its own time. He was most keen for me to explore cities, forge connections and indulge in miscellaneous things that had nothing to do with the project and I now understand and appreciate the depth of his experience as a gallerist in the development of artists.

Last but certainly not in the least, my immense gratitude to Dylan Urquidi who via their artist alias UAUN inspired a deep dive into homomorphic encryption that constitutes a part of their advocacy and for directing my attention towards related areas of quantum mechanics and data privacy. Their prompts provided an elevation to the project by offering a profound inquiry into possible solutions concerning data protection in the context of QI. 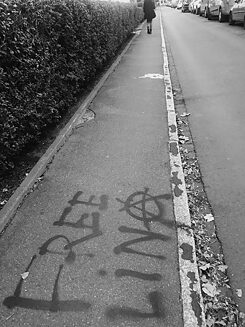 © Afra Khan As much as this art experience speaks into the seriousness of the subject of digital privacy and the impact you may create while sharing personal information, your thoughts and ideas which can also adversely put one at serious risk, the experience is also meant to poke some gentle fun by inciting emotions such as - laughter, ridicule, awe, satire and hopefully, some lightheartedness….
We are looking forward to hosting the exhibit in 2022 (fingers crossed!).