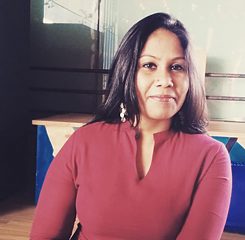 © Nisha Abdulla Nisha Abdulla is a playwright and director based out of Bangalore. She began her artistic journey with writing shorts, as well as training and performing in Playback and Theatre of the Oppressed, followed by acting roles in both classical and devised productions. In the last few years, she has focused entirely on playwriting and direction. Her playwriting credits include Mi’raj (produced by Indian Ensemble Studio), Blue is the Colour I Cry (long-listed at The Hindu Playwright Award 2017), Big Pink Sky (a play for young audiences). Her directorial credits include Ashk Neele Hain Mere (performed in Hindustani), and Orchestra on the Moon (an experiment of physical theatre and text in, English). She is currently writing-directing The Battle of Waterloop, a play for young audiences performed by students of Head Start Academy.

Theatre for Youth is a continuing area of interest for Nisha. Apart from writing and directing plays for them, she also conducts workshop programmes in storytelling, writing and theatre as well as develops pedagogical interventions that use stories and theatre in education.

At Schauburg Theatre in Munich, she will be exploring the formative role that myths play in culture and identity building through the medium of plays, both classic and contemporary, across languages and culture.

Nisha Abdulla @ Schauburg Theatre (May - June 2019)
As a municipal theatre, Schauburg has its own performance space, repertory team, and supporting infrastructure and staff. I walked in to a theatre that was immersed in creating work with and for young audiences – it was exciting to be able to discuss content and craft with directors and dramaturgs, pedagogues and playwrights who have the same preoccupations as I do, and the same regard for the young as an audience. 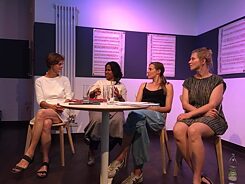 © Nisha Abdulla My residency at Schauburg involved writing a new play, conducting workshops for teenagers at schools and attending lab and community theatre sessions with peers.

Two Degrees, a play that addresses the problem of climate change to an audience of 12 plus years was birthed here. There was a public reading of the play at the end of the residency. 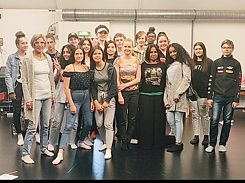 © Nisha Abdulla I conducted playwriting workshops with 8th, 9th, 10th and 11th graders and discovered that teenagers in Germany have lots in common with those in urban India and China. And that I can use Norse mythology and the Harry Potter books to teach the basics of writing to all of them! 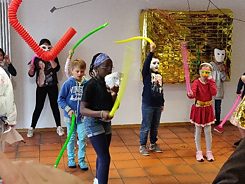 © Nisha Abdulla Theatre Lab and Community Theatre sessions were also a great way to discuss tools with pedagogues and other peers.

There were some good shows on at Schauburg during my time there. Some were experimental, mostly new writing and there was even a beloved classic… plays for an audience ranging from 3 months to 18 years, new writing and the classics, performed at their auditoria as well as site-specific work. 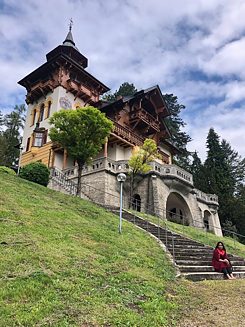 © Nisha Abdulla I had a desk at Schauburg and an apartment at the Villa Waldberta – an international artist house in operation since the '60s with its own colourful past and lake-facing facade. It was an hour’s ride from the city, but I didn’t mind the journey. It was an opportunity to reflect, read and sometimes better my bare German with some healthy eavesdropping!

I returned also with a greater patience with the ways of working back home. I am more appreciative of some of the things we take for granted – our ease with flexible ways of working, our alternative performance spaces and creative ways of ensuring their sustenance, and the rather minimalist approach to theatre making.

A note on Munich: 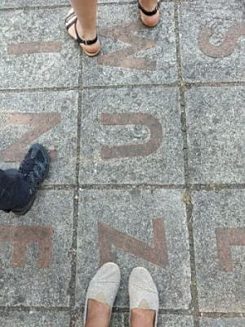 © Nisha Abdulla I enjoyed getting to know Munich… Its contradictions and eccentricities bared to me as I explored the city on foot, with all the vagaries of weather and the fantastic beer on offer. Contrary to what I was told to expect, Munich was rather friendly… right from smiles on the streets, to offers to share an umbrella while walking in the rain, and even random conversations struck up in museum cafes. I also enjoyed visiting the many galleries and museums in Munich and lingering for hours in front of familiar works of art and new discoveries. The city’s approach to their difficult history with the Nazi party was also revealing – I saw political will and the backing of mainstream society to ask truly difficult questions on the city’s complicity with a fascist regime, to celebrate the stories of dissent and the will to learn from the past. I wished for such a political will in India today too to deal with the difficult chapters of our past.