©Sandbox Collective
We are proud to present the fifth edition of Gender Bender, the first festival of its kind in India that showcases new works of art around gender, as concept, discourse, construct, and as art itself, creating a space for gender with artists and audiences alike.The festival aims to contribute to the ever-evolving understanding of gender and its implications, to help produce works that re-examine and re-imagine the concept.

This year we recieved over 200 grantee applications. The chosen 10 will showcase their projects in Bangalore at the Gender Bender Festival between August 21 and 24, 2019. The Festival will also host a number of curated events and exhibitions, with a series of discussions featuring filmmakers and writers, performances by a stand-up comedian and a male belly dancer. 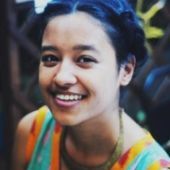 ©Aqui Thami Aqui Thami, artist, activist, and academic, is a member of the Himalayan Janajati Thangmi community. A PhD candidate of the Tata Institute of Social Sciences, Aqui now lives and works in Mumbai. She is a founding member of Dharavi Art Room and is also one half of the collective, Bombay Underground, that celebrates the power of the community with various public art practices, Her recent project is The Sister Library, the very first feminist library in South Asia. 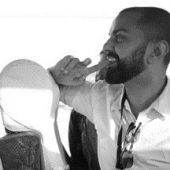 ©Mandeep Raikhy Mandeep Raikhy is a dance practitioner based in New Delhi. He trained at Trinity Laban and worked with the Shobana Jeyasingh Dance Company, London, for several years. Mandeep has created and toured extensively for many of his dance works, notably Inhabited Geometry (2010), a male ant has straight antennae (2013) and Queen Size (2016). He is currently assistant professor in the MA Performance Practice (Dance) Department at Ambedkar University, Delhi. 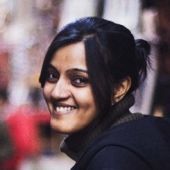 ©Rohini Mohan Rohini Mohan is a Bangalore-based journalist writing on politics and human rights in South Asia. She has won prestigious recognition for her work, including the Charles Wallace Fellowship 2013 and the South Asian Journalists Association award 2011, New York. She has written for Tehelka, The Caravan, Outlook,The Hindu and The New York Times. Her award-winning book, The Seasons of Trouble (2014) is a nonfiction account of three people living in postwar Sri Lanka. 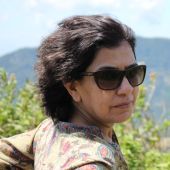 ©Saba Dewan Saba Dewan is a documentary film maker based in New Delhi, India whose work focuses on communalism, gender, sexuality and culture. Notable films she has made include Dharmayuddha (Holy War, 1989), Nasoor (Festering Wound, 1991), Khel (The Play, 1994), Barf (Snow, 1997) and Sita’s Family (2001). For the past few years she has been working on a trilogy of films focusing on stigmatised women performers.  She is currently awaiting the publication of her first book that explores the social history of tawaifs in Benares and its cultural hinterland of western Bihar and eastern Uttar Pradesh. The project has been supported by a fellowship from the New India Foundation.