The third rehearsed reading in German Spotlight 2021 is No Ship will Come written by Nis-Momme Stockmann. The English translation of the play is directed by Vijeta Kumar.

About the play:
A young playwright is hired to write a play about the German reunification. Since he’s a stranger to the epoch, he travels home to the island in order to use his father’s memories and experiences as material for the play.

“As a writer, one is afraid of the normality which runs through the fibres of one’s body. Theatre is fear of normality,” says Nis-Momme Stockmann. Indeed, the young writer in No Ship will Come struggles to retain a sliver of normality when he finally re-connects with his father. Then again, who has ever been normal, a writer no less, while around their father?

Why this play:
At the heart of No Ship will Come is a question that Vijeta Kumar continues to find unsettling: is it alright to write one's parents' stories? If the writer isn't personally moved by what they are writing, is there any point to such writing? The young writer in No Ship will Come seems to know the answer to these questions when he begins writing but soon discovers a whole other truth and then he isn't so sure anymore. Vijeta finds that movement from A to B very interesting. Also, in what begins as a story tackling complicated questions, there is a lot of room for play and laughter in No Ship will Come. 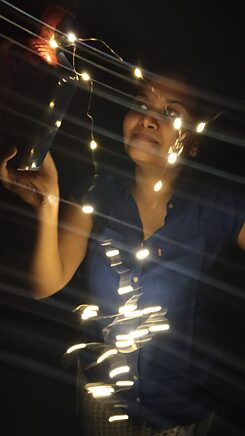 © Vijeta Kumar Vijeta Kumar teaches English and Journalism at St. Joseph's College, Bangalore. She writes at rumlolarum.com. She is currently torn between the book she is not writing and the PhD she has not begun. She remains at peace because of endless cups of chai.

German Spotlight is a joint project of the Goethe-Institut / Max Mueller Bhavan Bangalore and Sandbox Collective.