A River and the world - The story of the Hooghly

Due to the present situation with the COVID pandemic the exhibition is now closed to the public till further notice.

The exhibition depicts a timeline of Hooghly River in which the river itself becomes a witness to and an active participant in the history of the region. The timeline depicts the major historical events, spanning over the past four centuries, along the river, and it encapsulates the physical and cultural transformations taking place in that timeframe. It captures how the river became the conduit to connect the rural Bengal on its banks with the globe through international trade and businesses, facilitating an encounter that was akin to ‘globalisation’ that became the buzzword in the late twentieth century. The Hooghly becomes the narrator of the changes of the lived spaces and the communities around it in the proposed timeline.


Details about the participants: 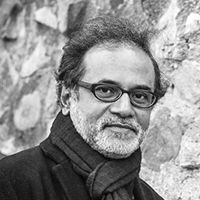 © Nazes Afroz Nazes Afroz has worked as a print and broadcast journalist for nearly 40 years. In 1981 he joined Aajkaal, a Bengali newspaper in Kolkata before moving to the BBC World Service in London in 1998. He held various positions in the BBC including the posts of Executive Editor for South and Central Asia and Editor of International Operations. At present based in New Delhi, Nazes writes analytical and in-depth essays on Afghanistan, India, Pakistan, Bangladesh and West Asia in English and Bangla for various publications. He has translated Syed Mujtaba Ali's epic book Deshe Bideshe (In a Land Far from Home: A Bengali in Afghanistan) and is co-author of a cultural guidebook on Afghanistan. His essays have appeared in various academic publications. He is also a keen, award-winning photographer. In 2018, with support from the Goethe-Institut / Max Mueller Bhavan Kolkata, Nazes produced an exhibition, ‘Uncertain Landscapes/Refugee Memories of Kolkata’. He has curated several other projects and exhibitions, many focusing on Afghanistan. 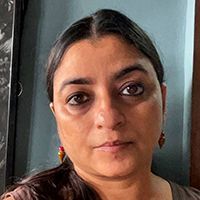 © Sukanya Ghosh Sukanya Ghosh is an artist, animator and designer. She studied painting from M.S. University, Baroda, and Animation at the National Institute of Design, Ahmedabad. She has received the Charles Wallace India Trust Award, and several honours, awards and commissions. She has been Artist-in-Residence at Khoj, New Delhi; Spike Island, Bristol; and AIR Vallauris, France. She has exhibited both in India and abroad. Her design projects include a wide spectrum of work. She lives and works between Delhi and Calcutta.