On Cables and Cumulus

Katja Davar is a German-British artist who has been commissioned to create a permanent site-specific art work at the Goethe Institute / Max Mueller Bhavan Kolkata. Davar is interested in the impact of new and old technologies and their effects on nature and society. In her work for Kolkata, she explores the theme of technological acceleration and its impact on our planet, societies and our individual selves. Combining drawings and textile works, On Cables and Cumulus expands over three floors and visualizes aspects of technologies that are invisible and inter-woven.

Davar works around the idea that the central metaphor today for the internet is the cloud. The internet itself is inherently difficult to grasp yet it is a place of great power and energy. On the one hand, we are attracted to the romantic notion of the cloud, on the other hand, the metaphor is actually misleading as our cloud is not weightless, amorphous or invisible; it is a physical infrastructure consisting of phone lines, fiber optics and enormous warehouses filled with computers consuming excessive amounts of energy and water. Davar is interested in examining the cloud as a relatively new industry, but one that not only has a shadow, but also a footprint. Today’s clouds are both environmental, political and opaque.

In the main stairwell, a seventeen metre long textile work digitally collaged from Davar’s pencil drawings of clouds, cascades through the building. The work is titled Myth, Knowledge, Industrial Logic. Together with the artistic team of Neelanjana Ghose from West Bengal, Davar engaged in a collaborative embroidery workshop where new and imaginary embroidered routes were created on the hanging, as a form of layered storytelling in and through the clouds. Davar sees in the cloud immense horizons of interpretation, from technological computation to contemplation. The cloud is an archive of memory, information and imagination.

The installation also explores the relationships of fiber optic cables on the ocean floor which mirrors the paths of European vessels from the 17th and 18th centuries. A second work titled At Depth the Bending / Old New World is crafted in coloured pencil showing abstracted shipping routes, culled from 17th and 18th century shipping logbook data. Hovering above the shipping routes, underwater submarine cables make their way from one side of the drawing to the other. Many of the fiber optic cables from India often run directly back to Britain before they go anywhere else in the world. Through this, Davar concludes that an invisible contemporary imperialism re-scripts the old lines of the empire. The execution of this drawing is realized together with the artistic team of Sumantra Mukherjee.

"Via the artistic design of the staircase, visitors to the Goethe Institute / Max Mueller Bhavan Kolkata understand immediately that they are in a cultural and educational institute. Katja Davar's multi-layered artistic intervention succeeds in transforming relevant topics into an aesthetically impressive experience and at the same time building a bridge between India and Europe."


The opening of the installation will be followed by a music performance by Ignaz Schick and Debjit Mahalanobis from 7:00 pm.

The performance is part of the opening programme of the installation ON CABLES AND CUMULUS by Katja Davar and is in the occasion of the 65th anniversary of the Goethe-Institut in Kolkata.

German musician and sound artist Ignaz Schick in collaboration with Debjit Mahalanobis, a musician from Kolkata, will bring forth a jazz performance. The duo will together play an improvised piece for the evening. 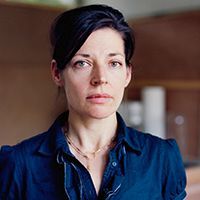 © Katja Davar Katja Davar is an artist working at the intersection of drawing and animation. Her work explores current topics through reaching into the past and transporting into the present. One important strand in her work is an ongoing exploration of Mesopotamian cuneiform, the oldest form of writing, which dates back to around 3,300 BC. Davar partly draws on cultural strands that also refer to her own origins – she has Persian ancestors but was born and raised in London and naturalized as a German. Utilizing various sources – codes, writings, diagrams and literary texts – Davar develops visual metaphors for fundamental realities that are often hidden from view, such as data clouds or deep-sea cables. In this particular work, she questions the traces of colonial imperialism that shape our present.
Her drawings as well as her animated films reveal a philosophical skepticism towards claims to truth that go hand in hand with claims to power; these are contrasted with aesthetic forms of representation that are simultaneously complex and poetic. 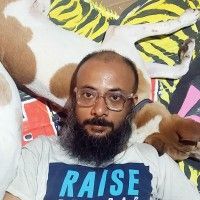 © GI-Kol and S. Mukherjee Sumantra Mukherjee is a visual artists who has worked in the field of art in public spaces. 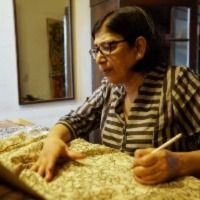 © Neelanjana Ghose Neelanjana Ghose has been working with the kantha craft for over three decades. Neelanjana, with her elective sensibilities, has contributed in making the traditional art form of kantha embroidery have a global appeal. 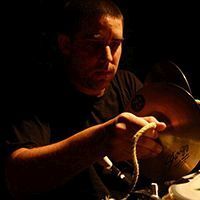 © Ignaz Schick Ignaz Schick is a Berlin based sound and visual artist, composer/performer, turntablist/saxophonist and a curator festivals/events. He also performs as an instrumentalist on turntables, objects, live-electronics, alto saxophone & flutes. 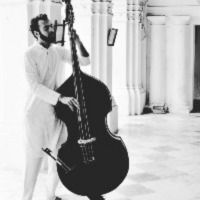 © Debjit Mahalanobis Physics teacher turned musician, Debjit Mahalanobis is consider to be an unique confluence of Western and Indian classical music on the Double bass. He has been performing on the double bass with national and international orchestras and has also played in television shows, web series and films, including mainstream and art-house cinema.

65 YEARS OF GOETHE-INSTITUT IN KOLKATA

Founded in 1957, the Goethe-Institut / Max Mueller Bhavan Kolkata has been an inherent part of Kolkata’s cultural life. For sixty five years the institute has been nurturing a mutually enriching relationship with the city of Kolkata. In this journey, the city and institute have played an equally important role to bring forth some memorable cultural encounters and presentations. The sixty-fifth anniversary of the institute in Kolkata is a celebration of this deep rooted connection between the two culturally affluent countries.