Public Talk Impolitical Life: Esposito and the Origin of the Biopolitical

Of all the fashionable rubrics used to describe the philosopher Roberto Esposito’s contributions to contemporary thought, two stand out. The first requires no introduction. The biopolitical names a series of interventions Esposito offered more than fifteen years ago, beginning with Communitas: The Origin and Destiny of Community and ending with The Third Person. Central to his understanding of biopolitics is a notion of community securely fastened to an immunitary apparatus, which more often than not turns on itself with lethal consequences. The second rubric, understudied but no less important, is the impolitical. In this lecture, Professor Campbell will first summarize Esposito’s perspective on the impolitical in works such as Categories of the Impolitical and Ten Thoughts of the Political, and then elaborate an impolitical critique of biopolitics more generally. Biopolitics emerges as what predisposes subjects to a doomed present and future precisely because it cannot imagine an order of conflict that cannot be represented and hence cannot be neutralized. 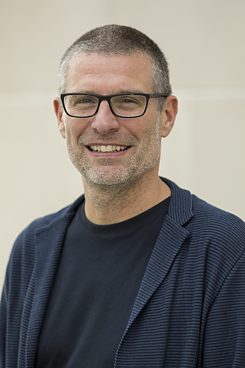 © T. Campbell Timothy Campbell is Professor of Romance Studies at Cornell University. He is the author of a number of works, including most recently The Technē of Giving: Cinema and the Generous Form of Life (Fordham, 2017). He is also, along with Adam Sitze, the co-editor of Biopolitics: A Reader (Duke, 2014). Professor Campbell in addition is the translator of several seminal writings in Italian Thought, including Roberto Esposito’s Bios: Biopolitics and Philosophy (Minnesota, 2007) and Communitas: The Origin and Destiny of Community (Stanford, 2009). His translation with Lia Turtas of Carlo Diano’s Form and Event (Fordham, 2019) will be appearing shortly. Currently he is completing a monograph on teaching mindfulness in prison titled The Upside-Down Kingdom and the Incarcerated Self.