Keynotes Talking about Masculinity and Power

"Male Domination under Pressure. Change and Persistence of Hegemonic Masculinity"
By Michael Meuser


Thirty years ago, the French sociologist Pierre Bourdieu noted that male domination no longer asserts itself in a self-evident mode. It still exists, but is increasingly questioned and perceived as threatened. It is something that has to be defended or justified. The talk pursues the question of to what extent and in what way the ideal of hegemonic masculinity has lost its self-evident legitimacy on the one hand, but remains present and effective as an orientation pattern on the other, and in some cases is deliberately attempted to be restored. Furthermore, it asks whether new positions of masculinity are emerging beyond hegemonic masculinity. 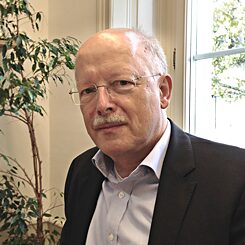 ‘Men Behind Bars: Patriotic Masculinity in the Age of Colonial Incarceration’
by Sumathi Ramaswamy

Focusing on images of incarceration of three men—Khudiram Bose, Bhagat Singh, and Mahatma Gandhi—all of whom spent various amounts of time in what the most globally famous among them referred to as “His Majesty’s hotels,” this essay will look at how the colonial jail or prison is visualized as a space for the production of a particular kind of masculinity that I refer to as patriotic. In such prints, the patriotic prisoner of the colonial state is pictured as the most manly of men, refusing to give in to the inevitable abjection and emasculation that incarceration meant under British rule in India. Sometimes stoic, at other times steely, and at still others smiling even in the face of inevitable death, these men show what it took for “real” men to turn sites of terror and everyday humiliation into spaces of mastery and triumph. As the colonial prison is aestheticized through the work of mass-produced art, such prints also helped serve a new nationalist imperative that “jail going” was a patriotic duty—and one to be undertaken with pleasure—of all good men. 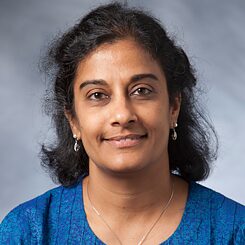 © Sumathi Ramaswamy Sumathi Ramaswamy is James B. Duke Professor of History and International Comparative Studies, Chair of the Department of History, Duke University, Durham, North Carolina, USA, and President of the American Institute of Indian Studies.  She has published extensively on language politics, gender studies, spatial studies and the history of cartography, visual studies and the modern history of art, and more recently, digital humanities and the history of philanthropy.  Her published works include The Goddess and the Nation: Mapping Mother India and Husain’s Raj: Visions of Empire and Nation; and edited volumes, Barefoot Across the Nation: Maqbool Fida Husain and the Idea of India, and Empires of Vision (co-edited). She is a co-founder of Tasveerghar: A Digital Network of South Asian Popular Visual Culture (www.tasveerghar.net). Her most recent works are Gandhi in the Gallery: The Art of Disobedience (New Delhi: Roli Books) and the digital project B is for Bapu: Gandhi in the Art of the Child in Modern India (https://sites.duke.edu/bisforbapu/).

Total Duration including both the speakers: One hour