There is an almost forgotten area in Belarus called the Polesia. It is isolated from the rest of the world by wide marshlands. But inside the water wizards are hiding, magic is weaving and wise women are at work.
That’s exactly why old rites and traditions have survived here,  preserved for centuries so that not even Christianity has been able to eradicate them. So the life of the fisherman and the people living on the “island” seems to have dropped out of time. Progress reached this area only later.  It was not until  the 50s and 60s of the 20th century that the drainage of the marshlands began, the only signs of which today are the edges.
The heroes of our project are the common people, especially single women, typical figures in the village landscapes. The men die early, on average 10 years earlier than women, and so families are mostly characterized by a strong female presence.
This region thus seems to be the perfect symbol for our project.


I am a photographer, born in 1981 in Grodno and based in Minsk (Belarus). In 2014, I started up the “Month of Photography in Minsk” photo-festival and have been the head of the festival ever since. Through this festival, I try to promote photography as a form of art.
The project with the Goethe-Institut Mailand is an opportunity for me to deepen this process, in particular because I am of the opinion that trans-border projects are the best way to create mutual understanding. That this is necessary is demonstrated by the many clichés transmitted by the media. Nevertheless, the most important theme of this project for me is presenting the lives of what we call “ordinary” people, who are seldom represented in the media. 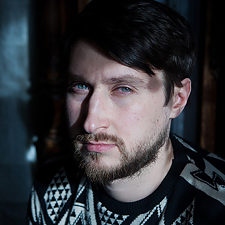