Just a trip to the sea was what the young couple wanted to do. A porter secretly feels attracted to his half-sister. A university lecturer flees from a failed relationship and from the confrontation with herself. A Japanese professor falls in love with a goddess.

In her stunning new short story collection, celebrated author Terézia Mora chronicles the loneliness of contemporary life in her book “Love amongst Aliens” (Germantitle “Die Liebe unter Aliens”)
The characters in Mora’s collection are all ‘aliens’ – strangers or non-natives. Set in Germany, England and Japan, they have either lost love or never found it, and seem to be stuck in a type of stasis that they cannot overcome. It is her precise observations that set these stories apart: her attention to detail, almost documentary-like in its nature, and the compelling third-person narratives in this collection are strikingly original, Mora’s use of language is unusual and thrilling to read.

As part of the fourth European Literature Festival under the theme "A New World, a New Beginning" Terézia Mora will participate online from Germany and read excerpts from "Love mong Aliens". The book was translated into Japanese by Hitoko Suzuki and published from Hakusuisha this year. The reading will be accompanied by a dialogue with Fuminari Niimoto and Masahiko Tuschiya about her work and why she rejects routines in her writing.

© Antje Berghäuser Terézia Mora is an author, born in 1971 in Sopron, Hungary, and living in Berlin since 1990. Mora has been awarded numerous prizes for her stories and novels, including the Ingeborg Bachmann Prize, the Kunstpreis Berlin, the Preis der Leipziger Buchmesse, the Deutsche Buchpreis and, in 2018, the Georg Büchner Prize. Her books have been translated into twenty languages. Moreover, Mora is one of the most distinguished translators from Hungarian.

Masahiko Tsuchiya is a professor at the Nagoya Gakuin University. In his research field of modern German literature, he focuses on Border-crossing literature in Europe. Tsuchiya is an organiser of several symposiums and reading events. Besides he has wrote and edited numbers of studies on contemporary literature from European and Japanese writers.

Fuminari Niimoto is a professor for German Literature at Tsuda University in Tokyo. His research interest lies in Swiss literature and transnational Literature. He is also one of a specialists on the Literature of Heinrich von Kleist, an awarded translator from German into Japanese and he works as a literary translator. His translation works include titles from prolific authors like Robert Walser and Ilma Rakusa. 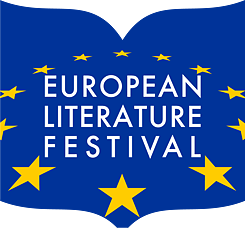