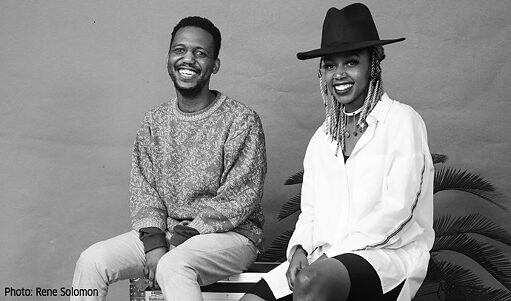 This is a Live Streaming of a Performance by Jinku and Karun.
Jinku and Karun craft together a slice of Cosmic RnB. Passenger 555 is a space opera set on a distant planet where two astronauts, studying black hole nomalies, find themselves marooned on opposite ends of an environmentally hostile planet.
Karun is a Nairobi- based Alternative R&B musician making waves in the growing alternative scene in Nairobi and Jinku is a Graphic Designer and Music Producer from Nairobi Kenya.
This event is part of the celebrations around the German Unity Day 2021.
German Unity Day (Tag der Deutschen Einheit) is annually held on October 3 to mark the anniversary of the nation's unification. It remembers when the Federal Republic of Germany and the Democratic Republic of Germany united to create one single, federal Germany on October 3, 1990.