This Series of Talks is an invitation to reflect on the current state of the acting body, in contrast with earlier times, the time of war and reconstruction. It covers the conceptualization of what it means to act in sectarian regimes, the ways in which the body registers the effects of war and collapse, but also aims to transversally contribute to a reflection on the performing arts, at a moment where the esthetic political conditions for producing art in Lebanon are shifting. 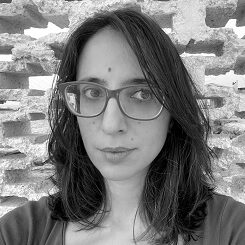 Alia Hamdan is a performance practitioner and a researcher in esthetic politics and dance and performance theory. Her research interests gravitate around the Deleuzian semiotics of the image, choreographic modes of thinking and politics. Since 2013, she has taught art theory and art history courses in universities such as ALBA (Académie Libanaise des Beaux-Arts), LAU (Lebanese American University) and USJ (Université Saint-Joseph) and has punctually produced performance projects such as Someday (BIPOD, Beirut, 2012). This year, she was in residency at The Camargo Foundation (Cassis, France), and soon will be in residency at Schloss Solitude (Stuttgart, Germany) for researching and writing.

The pace at which violent political events are occurring in present Lebanon, is too strong, for bodies not to get caught in a delay, frozen or slowing some of their parts, disoriented and undecided about how to find rest or where to begin thinking. At the same time, the systemic decay of all state infrastructures, leaking into the foreground and complicating all of the basic tasks of living, imposes a frenzied agitation and enforces exhaustion as the normalized state of existence. Caught in a paroxysm, in between the bursts of intense political violence and the slow deteriorations of all living conditions, the body is at the same time frozen and frenzied, delayed and agitated, imploding and about to explode.

The body is out of sync, experiencing paradoxical speeds, like in front of the slow-motion collapse of the Silos, like with the extreme speeds of solo actions –a man hijacking a bank to get back his savings and pay for the treatment of a sick father.
The current state of the body expresses a crisis of and a mutation in the sectarian regime and its non-chronological forms of temporalities, as they prevailed the last fifteen years. It points to a historical moment where individuals are more and more isolated, confronted to limit situations, or to personalized states of urgency and belatedness, like when an individual faces the urgency to treat a sick parent while his or her savings are indefinitely stuck in a bank, like when it is too late for a student to attend a study program for which he had promptly prepared, because of a passport that was not renewed.

In such a situation, where time is chaotized, speeded and slowed, pushed to its limits, bodies tend to take refuge in and multiply their own singular speeds, their own disjointed temporalities, all of which can potentially open on new regimes of vision and action, on actual states of hallucinations and extreme forms of heroic actions, on slow oneiric visions or the glows of solo acts of justice. 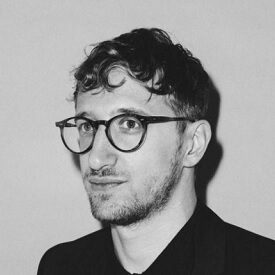 Oct 14, 2022 | 06:00 pm
Impulse I
"Natq" a live audiovisual essay on the politics and possibilities of reincarnation 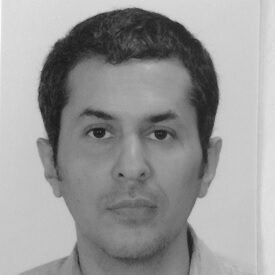 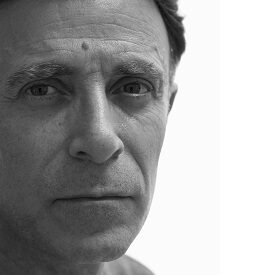