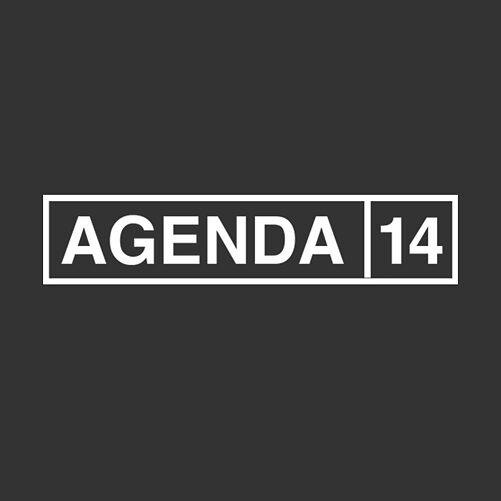 Agenda 14 is committed to promoting freedom of expression and human rights through training and assisting young filmmakers with a focus on female participation in digital storytelling, short film production and screenings.

In Sri Lanka, where opportunities for potential filmmakers are limited, Agenda 14 conducts professional training in script writing, cinematography, editing and other artistic and technical skills with
a special focus on women and youth.

Agenda 14 further focuses on conceptualizing, producing and disseminating audio-visual expressions of the Sri Lankan youth for nearly a decade with some of these works having received local and international recognition.

Agenda 14 was selected as one out of 141 projects from more than 440 applications that got funding from the International Relief Fund 2020. The Federal Foreign Office and the Goethe-Institut initiated the International Relief Fund for Organisations in Culture and Education in response to the effects of the coronavirus pandemic on cultural organisations abroad. With the support of other intermediary organisations, the relief fund was able to contribute to maintaining cultural partner’s structures abroad and at the same time to strengthen social diversity and local cultural life.

The structural support provided, allowed Agenda 14 to stay operational while the Covid-19 crisis and severe lockdown measures impacted the Sri Lankan economy. The grant was utilized, among other things, for the implementation of the third Colombo International Women's Film Festival in an online format and the development of a new website that enables the so far 65 short films produced and subtitled by Agenda 14 to be permanently viewable worldwide. Further Agenda 14 provided eleven young, aspring film makers with production grants what led to the production of the Anthology Film 'Goodnight Colombo'.

Agenda 14 started producing films in 2014. The first film production ‘Missing’ was developed as a group exercise at a Masterclass. Since 2015, Agenda 14 has produced over 75 short films in post-war Sri Lanka, with a special focus on peace, reconciliation, justice, development and gender based violence.

This is an Agenda 14 anthology film created by 11 young directors, based on experiences of the Coronavirus pandemic, shot with a minimalist approach to cast and crew and produced within the restrictions that prevail within the ‘new normal’. This film has been shot entirely on a smartphone.

The consortium partners of the International Relief Fund have agreed to continue the funding in 2021. Agenda 14 has successfully applied to this grant opportunity a second time. This year thematic focus will be on women and Covid-19, on building capacities of female storytellers, technicans and filmmakers. Therefore, Agenda 14 will invite female storytellers across the country to submit their stories, of which seven stories will be selected and and converted into short films. Although there are women who are keen to involve themselves in technical aspects of film making, there is a lack of opportunity for female technicans within the local film industry. For the production of the selected short films as individual films or an overall feature film, Agenda 14 aspires to engage women as part of the technical crew at the production stage. To make this a reality Agenda 14 plans to organise specific training and masterclasses on the technical aspects of film making for a selected group of women.

From more than 500 applications, 216 organisations were chosen for funding in an elaborate jury process. In 59 countries, spread across the African continent, the Near and Middle East, Eastern and South-Eastern Europe, Central and South-Eastern Asia as well as Central and South America, the International Relief Fund 2021 supports organisations in culture and education to remain effective, despite restrictions.

Agenda 14 Founder Anomaa Rajakaruna has curated the Film Forum at Goethe-Institut, Sri Lanka for nearly 10 years. In the beginning, the Film Forum was presented occasionally to introduce a new filmmaker or an unreleased film. During the last 7-8 years it has become a permanent activity in the Colombo Cultural Calendar, where on the first Wednesday of every month, a new Sri Lankan film is presented. These screenings then followed by a moderated discussion.

Cinema on Tour is an initiative with Goethe-Institut, Sri Lanka to take films to all corners of the island. Subsequently, Cultural Institutes and Diplomatic Missions of France, Australia, Switzerland and India joined the tour to present films. As of now, Cinema on Tour has travelled to Vavuniya, Killinochchi, Mullaitivu, Kalpitiya, Mannar, Trincomalee, Batticaloa, Ampara, Tissamaharama, Monaragala, Hambantota, Matara, Bibile, Kandy, Thalawakelle, Hatton, Nuwaraeliya and Peradeniya.

Agenda 14 Short Film Festival was launched in 2011 to promote the work of young filmmakers in Sri Lanka. Every year Agenda 14 acknowledges the work of talented young men and women under several categories. During the last decade this festival has grown into a fully fledged film festival awarding Best Short Film, Jury Prize, Most Gender Sensitive Film, the Sunila Abeysekera Memorial Human Rights Prize, Best Animated Short Film, Green Award for films on environmental themes and acknowledging outstanding performances, screenplays, editing and cinematography. The festival recognizes the next generation of filmmakers by presenting the Award for the Most Promising Filmmaker to a contestant under 24 years of age.

The Jaffna International Cinema Festival is a non-partisan platform to that was created to explore contemporary forms of creative expression in cinema. The festival was launched in 2015 with the aim of celebrating independent cinema in the Jaffna peninsula which is currently recovering from a three decade long armed conflict and civil war. This initiative attempts to use art to reach people from a variety of different backrounds and create a space for communities to interact with each other through cinema as well as engage in critical discussion. JaffnaICF has become an important event in the South Asian cultural calendar and it has reached a landmark stage as the only international film festival in Sri Lanka to have held consecutive five editions.

Over the past few decades, the underrepresentation of female directors in competitions at many major festivals, and the lack of gender equality in terms of access to training, funding for film production, working conditions and attitudes towards women in the film industry have been debated at many forums internationally. Recognizing the gap in the Sri Lankan industry, Agenda 14, with a group of prominent female producers, actors and other industry professionals launched a women’s international film festival in March 2019. At the launch of the festival, prominent women from the film fraternity and the partners took a pledge to help women break barriers to enter the male dominated film industry.