Back to Base - Young Contemporaries Art Workshop for Students

How can young Nigerian students be motivated to use their own creativity and how to arouse their curiosity about the arts? 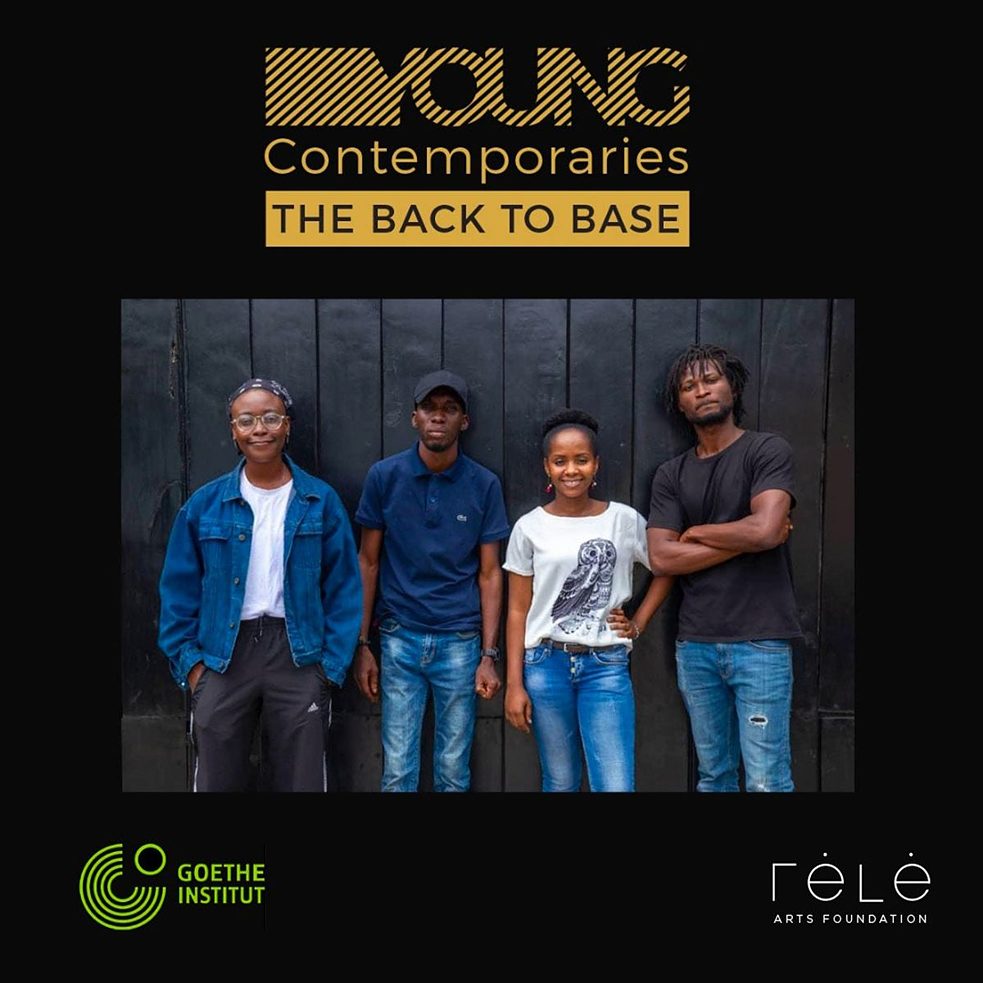 design @ rele gallery // Goethe-Institut In 2019, Goethe-Institut Nigeria in collaboration with Rele Art Foundation organized a series of workshops titled BACK TO BASE. The idea was to send young artists, who attended the Rele Art Foundation's programme 'Young Contemporaries', back to their former schools in order to facilitate two days art workshops for the students. 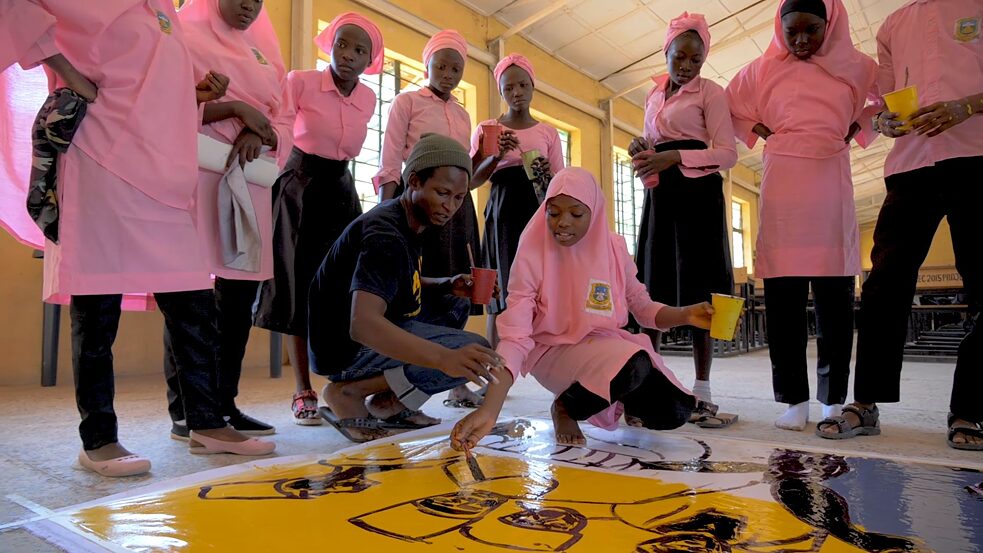 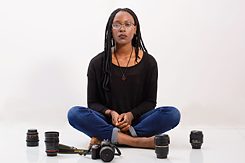 rele gallery Dandelion Egho Eghosa - Medium: Photography
Dandelion Egho Eghosa is a visual artist who employs photography as a means of documentation and story-telling. She documents progressive periods in the changing social trajectory of gender, sex and sexuality. Her work draws special attention to the mental health of members of these communities.

Her interest in photography was inspired by her father who was a portrait photographer. She has undergone professional photography training in 2015 and has since then produced works that have been included in anthologies and independently published photo books. She is a 2018 Rele Art Foundation Young Contemporaries Alumni. 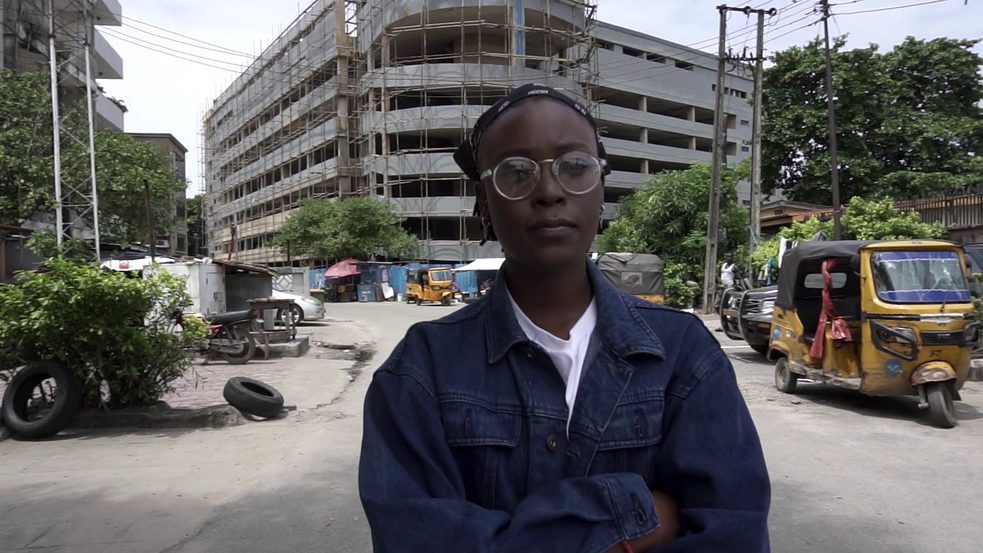 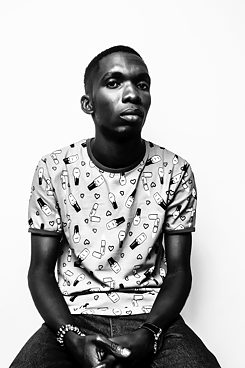 Thompson Ekong Sejiro Avoseh - Medium: Mixed Media
Born in 1990 in Lagos, Nigeria. He holds a higher diploma in painting from the Lagos State Polytechnic, Ikorodu, Lagos. As a conceptual and experimental artist, Sejiro is best known for his signature works that fuse together human figures and auto-mobile parts. With strong surreal effects, he creates intricately detailed works rendered with paint and collage materials. He derives inspiration primarily from his own life experiences; exploring an ongoing dialogue with his past, present and future.

In January 2017, he was selected as one of Rele Arts Foundation Young Contemporaries, in November 2017, he participated in a live art performance at Art X Lagos (West Africa’s 1st international art fair), and he also in 2017 collaborated with international doll maker Aidamaris Roman on her “Forgotten Heart” series. In January 2018, he was listed as one of 18 Nigerian young visual artists under 30 to follow by art critic and author Jess Castellote. His first solo exhibition will hold in July 2018 at Rele Gallery, Lagos. Sejiro’s paintings and installations are in reputable collections both home and abroad and have also been featured in auctions in Nigeria and Canada. He lives and works in Lagos, Nigeria. 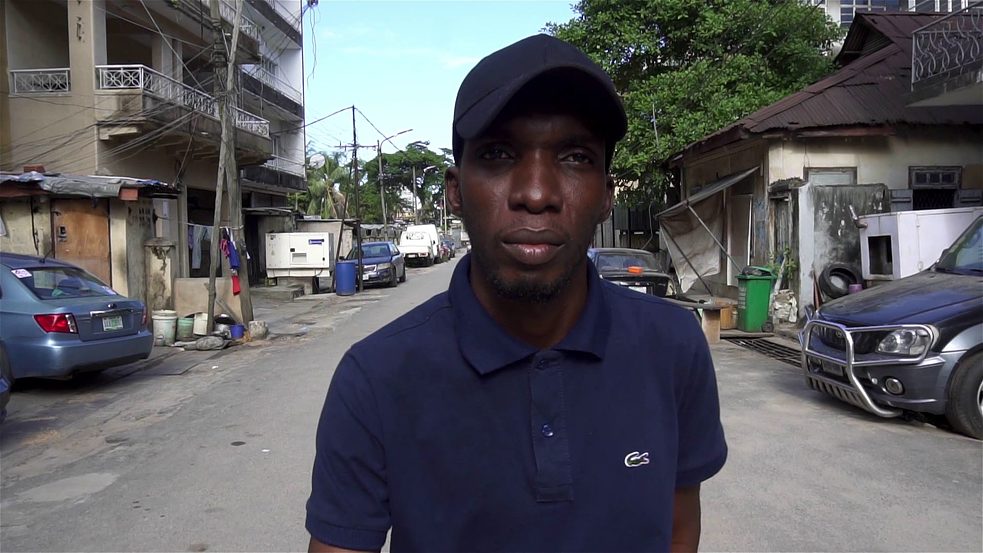 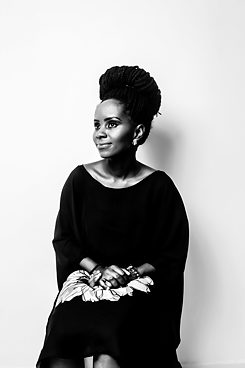 Marcellina Akpojotor - Medium: Mixed Media
Marcellina Akpojotor (b.1989 in Lagos) had her first apprenticeship under her Father. She grew up assisting him with her drawing, design, stencil, writing and calligraphy work before she eventually moved on to study Art and Industrial Design at the Lagos State Polytechnic. She won the first prize in the ‘OFF THE BIN PROJECT’ art competition in 2013.

Marcellina has taken part in several group exhibitions some of which are "Sisters: The Art of Nigerian, Women”in 2018 at the Carnegie Gallery, Columbus, Ohio, "Onobrakpeya and the Harmattan workshop", 2016, Lagos Court of arbitration, Lagos. In 2015, she participated in "Make we do" a performance workshop by Afiriperfoma at the Yaba College of Technology, Lagos, and in 2016, the 19th Bone Performance Art Festival, in Bern, Switzerland.

Marcellina was selected to be part of the 2017 Rele Arts Foundation Young Contemporaries exhibition and was awarded the Ronke Ekwensi Salon fellowship following the publication of the book "The Art of Nigerian Women" by Ben Bosah in which she was profiled. Her work, “Tobi”, 2015, is the cover image for the Nigerian novel Jagua Nana by Cyprian Ekwensi. First published in 1961, and to be republished under Penguin Random Art “Modern Classic” was released May 3rd, 2018. 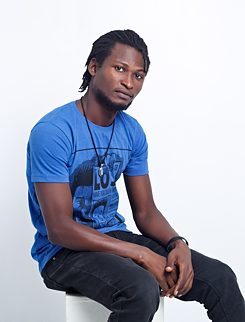 Damilola Adedayo Fidelis Joseph - Medium: Painting
Fidelis Joseph, a visual artist from Adamawa state first studied painting and graphics at the Department of Fine and Applied Art at The Federal College of Education Yola where he received an NCE Certicate in 2012. From 2013-2014 Fidelis taught “Cultural and Creative Arts, and Visual Arts” at the Federal Girls Government College, Yola.

In 2017, he obtained a B.A Fine Arts Degree from the Ahmadu Bello University (ABU) Zaria where he majored in painting. While at ABU Zaria, The Association of Fine Arts Student named him the “Most Influential Artist” during his undergraduate program. He was also named “Artist of the Year” by the Art History Department during The Zaria School at 60 celebrations. In 2018, he was commissioned to curate a mural for the “Maker Lab” at the African Artists Foundation Lagos. He currently serves and volunteers at the National Commission for Museum and Monuments in Jos. He is a 2019 Rele Art Foundation Young Contemporaries Alumni. 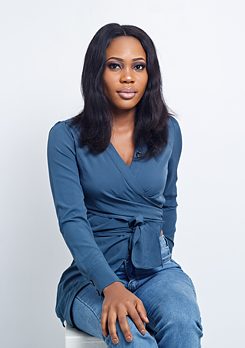 Damilola Adedayo
Osaru Obaseki - Medium: Mixed Media
Osaru Obaseki, a graduate of University of Port Harcourt is a self-taught visual artist from Edo state. She started off her artistic practice exploring the use and flow of acrylic on canvas.

In September 2017, Osaru joined the Nosona studios under the Edo global center platform where she gained the opportunity and resources to experiment with other mediums particularly sand which is influenced by the rich cultural heritage of the Benin Kingdom. Osaru currently creates using a combination of sand and acrylic as a way of synergizing two different civilizations – the ancient and the modern. She is a 2019 Rele Art Foundation Young Contemporaries Alumni.