Following on stops in Kinshasa, Nairobi, Johannesburg, Addis Ababa, Yaoundé, Accra and Abidjan, the touring exhibition Fragile showing works by German artist Wolfgang Tillmans, opens at the Art Twenty One and CCA, Lagos on 28th of May, 2022 for its final venue on the African Continent.

Presented by ifa (Institut für Auslandsbeziehungen, an institute for foreign cultural relations) in collaboration with Wolfgang Tillmans and the Goethe-Institut, Fragile toured several African cities in the past five years. 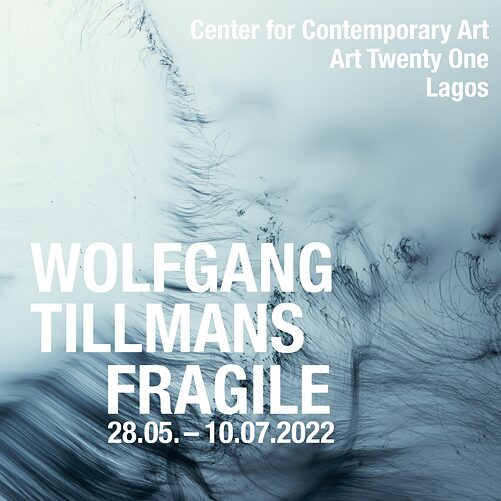 “What I find most appealing in people is how they are aware of their own fragility and yet are still strong and independent beings. I want to communicate this complexity in its entirety, that lack of a singular reading, and to channel the multi-layered character and the contradictions of a personality, the way they’re revealed in clothes, in styles, in attitudes, and the way a person lives. It’s the fractured reality of identity that fascinates me.”

The exhibition Fragile provides a comprehensive overview of the many-facetted work of Wolfgang Tillmans and contains more than 200 works from 1986 to 2020. Large-scale prints, smaller photographic prints, sculptural objects and tabletop installations are part of this exhibition as well as video projections and publication projects.

Wolfgang Tillmans’ artistic work is based on his never-ceasing curiosity, his intensive research in preparation, and a constant dealing with the medium of photography and its technical and aesthetic potential. His visual language derives from precise observation that reveals a deeply human approach to our environment. Familiarity and empathy, as well as friendship, community and intimacy are visible and tangible in his pictures.

For Tillmans, acceptance of the fragility that determines us as individuals and that plays into our relations with each other is not a weakness – it is a great strength. He uses failure, ruptures, and frailty as impulses to develop new processes. They refer to the imperfect nature of our lives and they reveal unanticipated perspectives on their materiality. In these ways, Fragile highlights precious moments in life and the meaning of social and family ties, in particular in times of social and political instability.


Fragile is Tillmans’ first exhibition on the African continent and it toured several African cities in the past five years.

He has been to Kinshasa, Nairobi, Johannesburg, Abidjan and Accra and is now finally coming to Lagos as well. In the 12 weeks of the exhibition at both Art Twenty One and the Centre for Contemporary Art in Lagos, the Goethe-Institut will organise a number of events to activate the exhibition.

ABOUT THE ARTIST: WOLFGANG TILLMANS

Wolfgang Tillmans was born in 1968 in Remscheid, Germany. From 1990 to 1992 he studied in the United Kingdom at the Bournemouth and Poole College of Art and Design. He lives and works in Berlin and London. In 2000 Tillmans was the first photographer to win the Turner Prize, and in 2015 he received the Hasselblad Prize.

In recent years Tillmans’s works have been shown in large museum exhibitions, including at the Tate Modern in London and at the Fondation Beyeler in Basel in 2017. Tillmans has published numerous artist’s books and has recently become increasingly politically active. In 2016 he designed an anti-Brexit / pro-EU campaign in advance of the British Brexit referendum, and in 2017 a poster campaign for greater participation in elections and against nationalist parties in the German parliament. 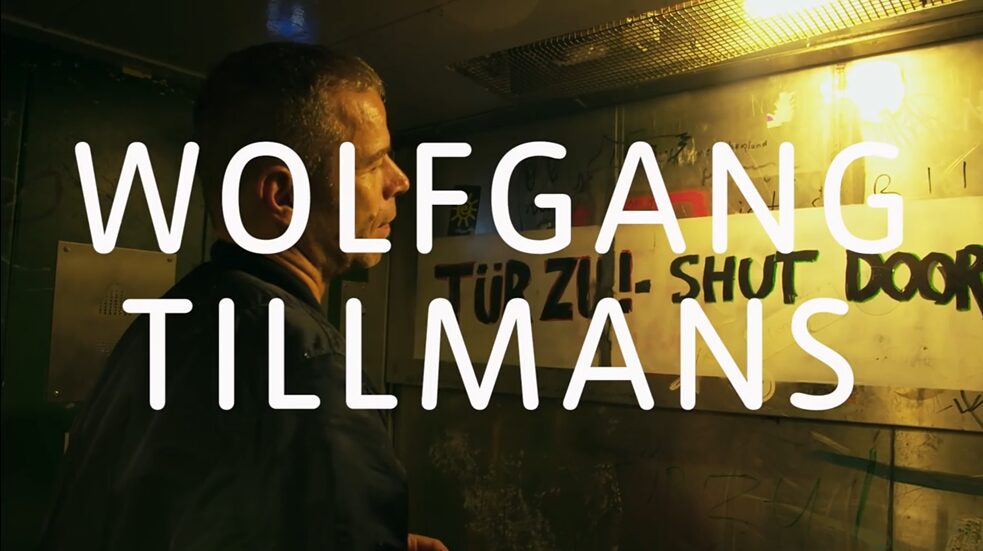 A transcript of their conversation can be read here.